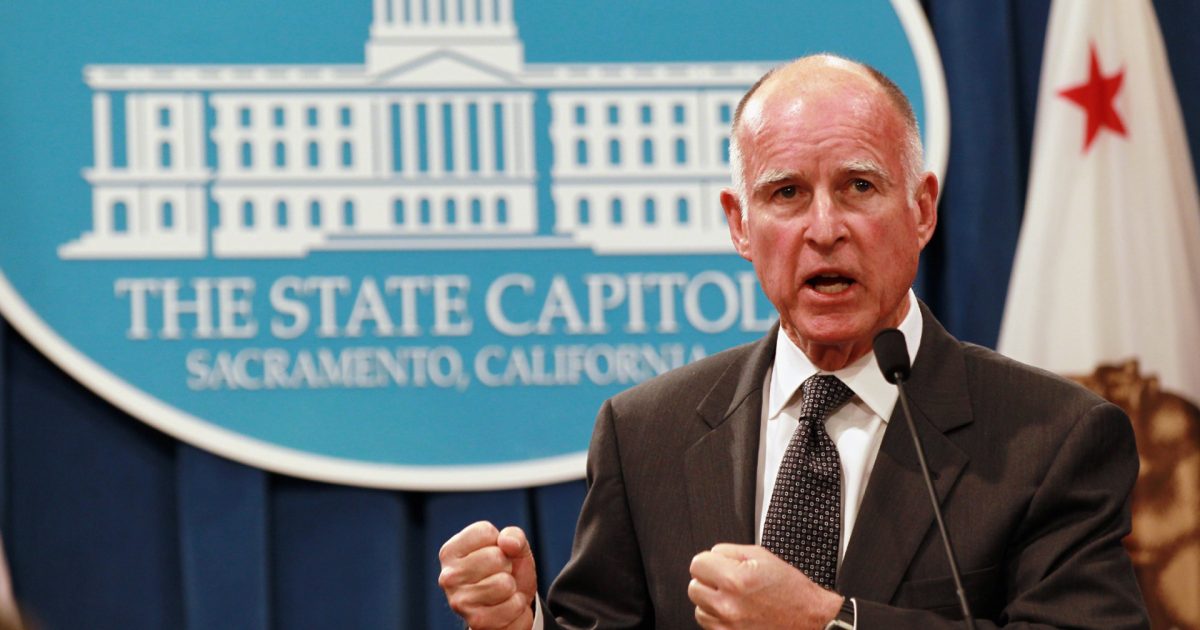 If the hypocrisy of Socialists and Communists has not been clear to anyone reading this, let this sink in:  California Governor Jerry Brown, who has defied federal immigration policy under President Donald Trump and bent over backwards to accommodate not only refugees but illegal aliens as well, once told a Republican president not to dump Vietnamese refugees on California because the state couldn’t even take care of its own people.

The specific item I’m talking about took place in 1975.  Governor Brown was fighting to keep out thousands of Vietnamese refugees during his time in office from 1975 to 1983.

Newspapers picked up Brown’s comments to Newsweek where he said, “We can’t be looking 5,000 miles away and at the same time neglecting people who live here.”

According to The Washington Post, Larry Engelmann’s Tears Before the Rain: An Oral History of the Fall of South Vietnam

“The new governor of California, Jerry Brown, was very concerned about refugees settling in his state. Brown even attempted to prevent planes carrying refugees from landing at Travis Air Force Base near Sacramento. . . . The secretary of health and welfare, Mario Obledo, felt that this addition of a large minority group would be unwelcome in California. And he said that they already had a large population of Hispanics, Filipinos, blacks, and other minorities.”

“There is something a little strange about saying, ‘Let’s bring in 500,000 more people’ when we can’t take care of the 1 million [Californians] out of work,” he said while trying to block refugee flights to Travis Air Force Base near San Francisco.

However, in 2015, Brown changed his tune when it came to Barack Hussein Obama Soetoro Sobarkah’s decision to dump Muslim refugees into the united States.

Gov. Jerry Brown played it cool, showing concern both for the refugees and public safety.

In a statement, Brown said he would “work closely” with Obama “so that he can both uphold America’s traditional role as a place of asylum, but also ensure that anyone seeking refuge in America is fully vetted.”

But Brown has his own checkered history of demagoguery about refugees. As a rookie governor when Saigon fell in 1975 and the U.S. was flying Vietnamese refugees to America, Brown was outspokenly opposed.

“There is something a little strange about saying, ‘Let’s bring in 500,000 more people’ when we can’t take care of the 1 million [Californians] out of work,” he asserted. His administration tried to block refugee flights to Travis Air Force Base near San Francisco.

The next year, Brown ran for president.

That was the old, young Jerry.

After the Paris massacres, Brown seemed to overstate what he was doing.

He apparently wasn’t working “closely” with the president because the White House, Bloomberg reported, refused his request for information about where the Syrian refugees were being resettled and for classified info collected in their vetting. “It’s a work in progress,” Brown top aide Nancy McFadden told The Times.

Brown announced that he was “fully activating” what’s called the California State Threat Assessment System, which is never really inactive. It’s a collaborative system between state, local and federal agencies that share information about suspicious characters and activities. But it doesn’t vet refugees.

Governor Brown doesn’t even care now about issuing illegal aliens driver licenses!  He could care less about the people of California, or for that matter, the people of the USA.  He is about one thing and one thing only, his own political power and the agenda of the Communist Democrat Party.

In addition to the driver licenses, Breitbart also reports that he:

…signed a law titled the Trust Act, which bars law enforcement from detaining a foreign national they arrest for a period of time, so that immigration officials can pick up the person(s) charged and start deportation proceedings. Additionally, another law Brown signed allows illegal immigrants to get a law license and practice law in the state and included measures that would restrict who could charge illegal immigrants for aiding them with legal work, Fox News Latino reported in October of 2013.

Today, Governor Brown is up in arms over President Donald Trump wanting to deal with illegal aliens according to the law and even uses his Communist-tied Attorney General Xavier Becerra to advance his ideology.

“While Washington waffles on immigration, California’s forging ahead,” Brown said, according to published reports. “I’m not waiting.”

If this doesn’t expose Brown’s hypocrisy to you, you will never be convinced by any further evidence.