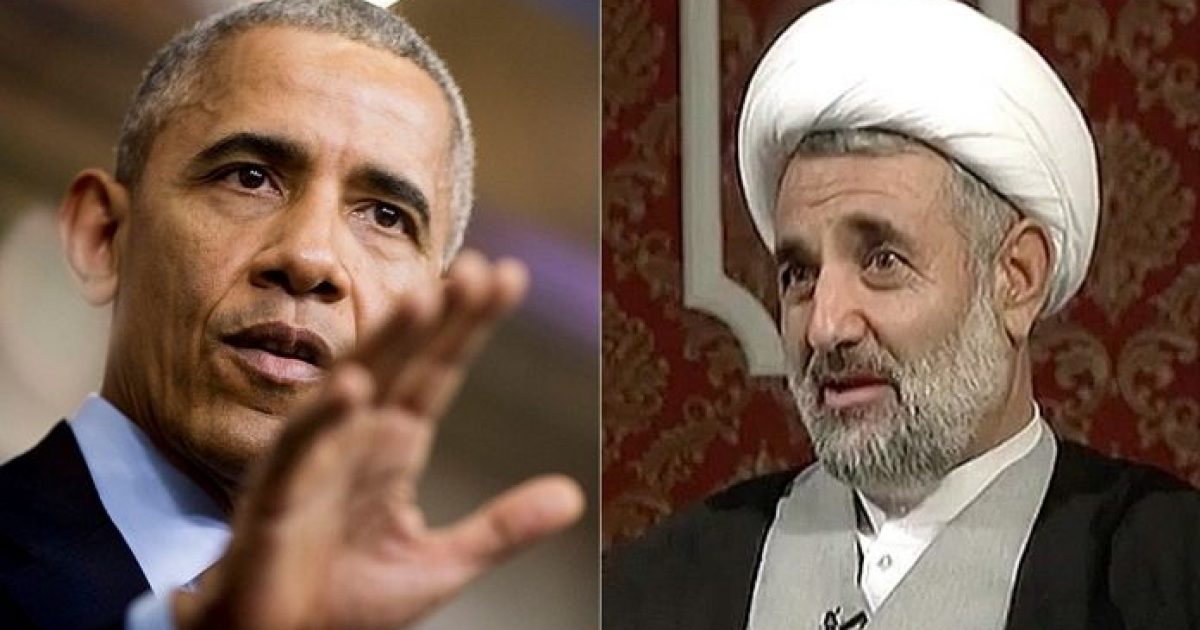 In a speech delivered several days before Obama’s historic victory, he said, “We are five days away from fundamentally transforming the United States of America.”

This chilling assertion, uttered nearly ten years ago, sent a shiver down the spine of every conservative.

And, as we look back over his presidency, we realize that those were the most truthful words he has ever spoken to the American people.

During an interview with an Iranian newspaper, Hojjat al-Islam Mojtaba Zolnour, chairman of Iran’s parliamentary nuclear committee, alleged that the Obama administration granted US Citizenship to 2,500 Iranian officials and family members as part of the flawed Iran Nuclear Deal negotiated in July 2015. Zolnour, who is said to be part of Ayatollah Ali Khamenei’s inner circle, claimed:

“When Obama, during the negotiations about the JCPOA, decided to do a favor for these men, he granted citizenship to 2,500 Iranians and some officials started a competition over whose children could be part of these 2,500 Iranians.”

“If today these Iranians get deported from America, it will become clear who is complicit and sells the national interest like he is selling candies to America. It should be stated exactly which children of which authorities live in the United States and have received citizenship or residency.”

Zolnour estimated that “between 30 and 60 were studying in the U.S. while the rest of them were working in the country against our national interests.”

Although these allegations have not been confirmed, given our familiarity with the misconduct of Obama administration officials, Zolnour’s claim sounds very plausible. In fact, it seems almost trivial after hearing about all the other side deals then-Secretary of State John Kerry made to facilitate the agreement.

As evidenced by the concessions the Obama administration granted to Iran during the 21-month negotiation process, the Iran Deal was very important to Obama. The final agreement contained all the hallmarks of a typical Obama operation. Kerry did whatever was necessary to “get the deal done.” As always, the end justified the means.

Trump wisely walked away from this foolish deal in May, which has led to economic problems for Iran. Promises of foreign investment in the country have evaporated. And the value of their currency, the rial, has plummeted to 90,000 per dollar from 42,000 per dollar.

It’s not the first time Obama has sold out the American people. He did so many times. We all remember the open mic moment when he told Russian Prime Minister Dimitry Medvedev to let Vladimir know that he would have more “flexibility” after the election. I was surprised that Obama was reelected after that remark. A Republican would have been finished.

Obama’s presidency inflicted serious damage on our country. He truly did try to fundamentally transform the United States of America. So, when we hear that he may have granted citizenship to 2,500 Iranians to sweeten the Iran Nuclear Deal, we just shrug and say, yeah, he probably did.