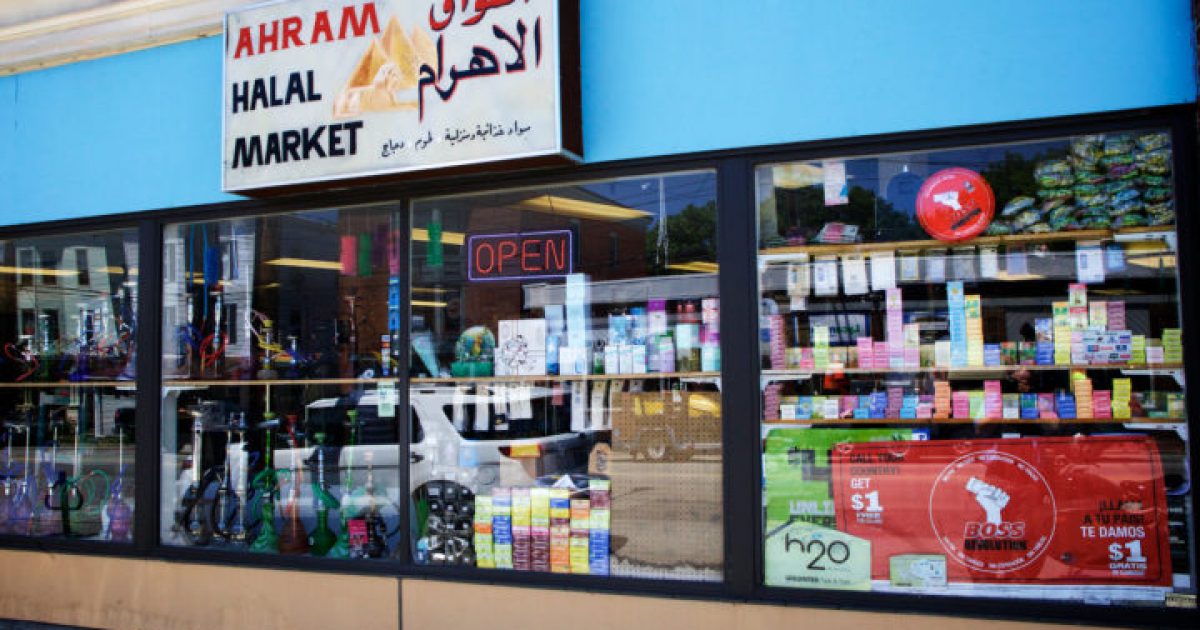 The Qur’an mandates that Muslims must fight against Jews and Christians and subjugate them, making them pay the jizya (9:29).

Since that payment is not being made, some Muslim imams in the West, notably one in Oslo captured on tape a few years ago, sanctioned robbing the kuffar and taking their money — in lieu of the jizya.

Many Muslims in the West believe that they’re entitled to welfare benefits because they are Muslims and those who pay are unbelievers.

The former owner of a Portland halal market who, with his brother, traded $1.4 million in federal food benefits for cash was sentenced Monday afternoon in U.S. District Court to three years in prison.

The federal prosecutor called the case “one of the largest, if not the largest, fraud cases involving [Supplemental Nutrition Assistance Program] benefits in [Maine].”

Ali Ratib Daham, 41, of Westbrook, who originally owned Ahram Halal Market, 630 Forest Ave., pleaded guilty in November to one count each of conspiracy to defraud the U.S. government, money laundering and theft of government funds….

His brother, Abdulkareem Daham, 23, was sentenced Monday morning to two years in prison. He was convicted after a three-day jury trial in January of conspiracy to defraud the United States, according to court documents.

Ali Daham already has paid $80,000 toward restitution, according to court documents….

In sentencing the older brother, U.S. District Court D. Brock Hornby, who himself is a naturalized citizen, said there were “no winners in a case like this.”

The Dahams are natives of Iraq. The family fled the country in the mid-2000s. They arrived in Portland in 2009 and opened the business two years later.

The elder brother said that he broke the law in an effort to help Portland’s immigrant community.

“I came from a country experiencing different wars,” Ali Daham said through a translator when it was his turn to address the court. “The human condition was different. People had to help each other. … What I did [here] was in the spirit of providing help for people in the community.”

But Assistant U.S. Attorney James Chapman argued that by running the welfare-for-cash fraud, Daham harmed those immigrants in need by fueling prejudice against his community and “providing ammunition to those who would seek to restrict welfare benefits.”

The evidence presented at the younger Daham’s trial showed that between June 2011 through April 2016, the brothers gave cash to customers at the market in exchange for benefits from the SNAP and the Special Supplemental Nutrition Program for Women, Infants and Children plus a fee.

During that period, the market received more than $4 million in SNAP and WIC receipts, at least $1.4 million of which were obtained illegally, according to court documents….