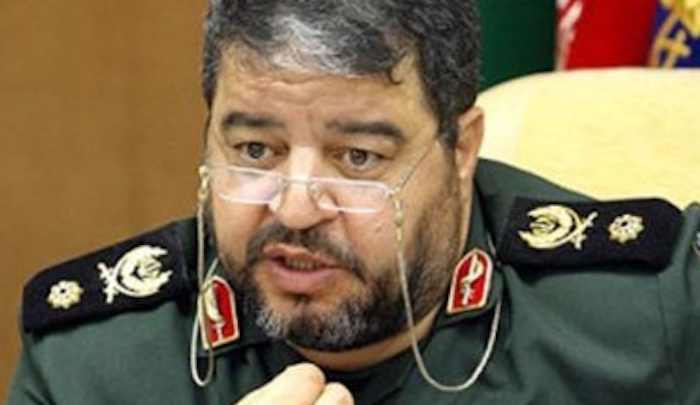 This is totally nuts, but it has a sinister edge. Iran is itching for war with Israel, and will go to any lengths to justify it, no matter how preposterous. Brigadier General Gholam Reza Jalali is helping to establish a casus belli that he likely hopes will distract the Iranian people from their own misery and anger at the Islamic regime, and redirect it toward what he thinks is its proper focus: Israel. Luckily, President Trump is in the White House. If Obama were still there, he would be ordering Israel to distribute water to the Iranian mullahs and their client Hizb’Allah.

“Iran General Says Israel Behind Climate Change and Is Stealing Clouds,” by Tom O’Connor, Newsweek, July 2, 2018 (thanks to Mark):

An Iranian general has accused Israel of causing climate change in the revolutionary Shiite Muslim republic by stealing the water out of clouds passing over the Mediterranean.

Brigadier General Gholam Reza Jalali, head of Iran’s Civil Defense Organization, revealed the charges during an agricultural conference in the capital city of Tehran. He claimed Iranian scientific centers have proven that Israel and an unnamed neighboring country were secretly cooperating to extract the moisture out of clouds bound to pass over Iran, thus robbing the country of rain and snow.

“Joint teams from Israel and one of the neighboring countries make the clouds entering into Iran barren. Moreover, we are faced with the cases of cloud theft and snow theft,” Jalali said, according to a translation reported by Iran’s semi-official Tasnim News Agency of comments featured by the Iranian Students’ News Agency.

The official further cited a recent four-year study showing that all highlands exceeding roughly 7,200 feet extending from Afghanistan to the Mediterranean have received snowfall except for Iran….

Please take a moment to consider this. Now, more than ever, people are reading Geller Report for news they won’t get anywhere else. But advertising revenues have all but disappeared. Google Adsense is the online advertising monopoly and they have banned us. Social media giants like Facebook and Twitter have blocked and shadow-banned our accounts. But we won’t put up a paywall. Because never has the free world needed independent journalism more.

Everyone who reads our reporting knows the Geller Report covers the news the media won’t. We cannot do our-ground-breaking without your support. We must continue to report on the global jihad and the left’s war on freedom. Our readers’ contributions make that possible.

Geller Report’s independent, investigative journalism takes a lot of time, money and hard work to produce. But we do it because we believe our work is critical in the fight for freedom and because it is your fight, too.