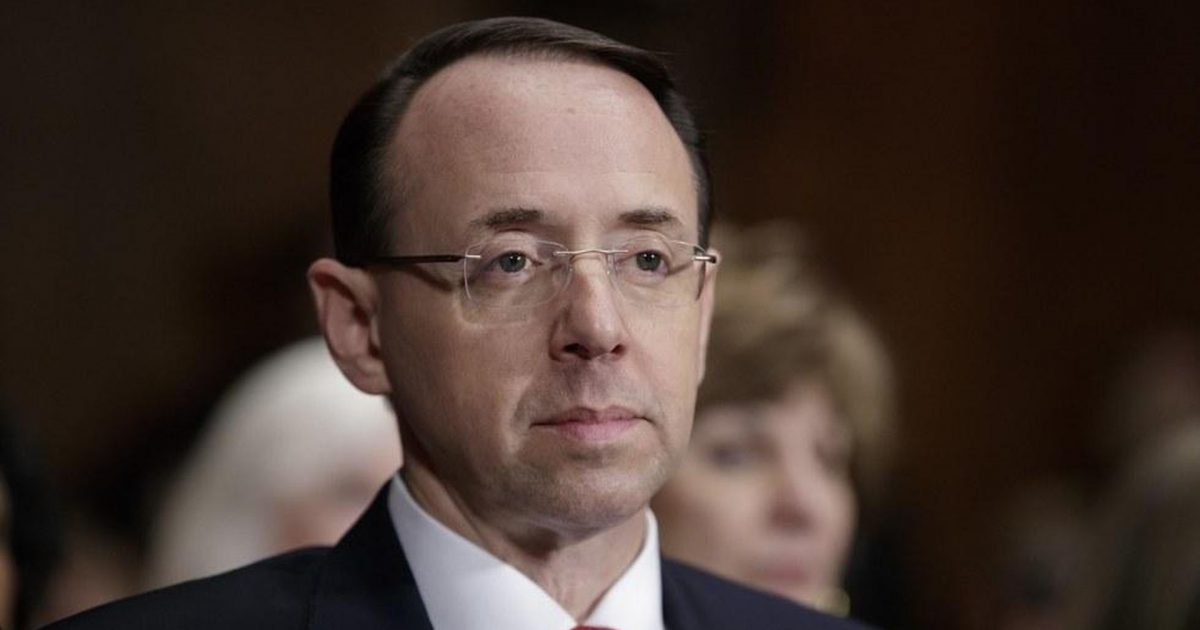 It did not take long for Heinrich Himmler lookalike, Rod Rosenstein to get even with Rep. Jim Jordan’s hard-line questioning during the House Judiciary Committee hearing recently, where Jordan and Rosenstein got into a heated discussion over Rosenstein’s refusal to turn over political sensitive documents on Robert Mueller’s investigation.

Just days later, Rep. Jim Jordan was named by Ohio State wrestler Mike DiSabato as having known about the alleged abuse of athletes by Dr. Richard Strauss, who was the team physician from the mid-1970s to the late 1990s, an accusation Jordan quickly denied.

Jordan, who was the assistant wrestling coach at Ohio State from 1986 to 1994, says he had no knowledge of abuses during that time.

Anyone with an IQ above moron can see that this accusation involving Jordan in this 20-year-old incident is payback from Rosenstein over Rep. Jordan’s hard-line demand for evidence. Even something that should be more alarming to the American people is the distinct probability that Rosenstein is digging up dirt on every Representative who is demanding proof from him.

While everyone waits on Rosenstein to turn over what documents he has, he is spending this time trying to find anything negative he can on every lawmaker who has demanded answers from him. By threatening these lawmakers with possible career ending dirt, he hopes to blackmail his way to an easy end of any demands made by Congress.

This explains his smug look of confidence during the recent hearings because he was already investigating the personal history of every member involved who opposes him.