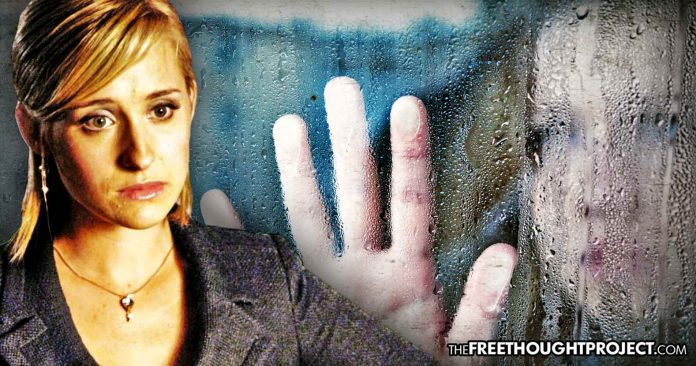 As Allison Mack and Keith Raniere await trial for their part in a twisted celebrity sex trafficking ring, neighbors of the cult’s headquarters in Knox Woods are coming forward with statements about what they saw while the cult was in town.

Although the full extent of the accusations against Mack and Raniere were underreported in the mainstream media, one of the main charges in the criminal indictment against Raniere and Mack is sex trafficking of children.

The prosecution has not yet released the evidence that they have of pedophilia, as they are likely saving it for court so the defense has less time to prepare. However, a recent interview given by a neighbor reveals disturbing details about an encounter that Allison Mack had with an 8-year-old gymnast.

One of the main whistleblowers in the case is Frank Parlato, a former NXIVM publicist who has been leaking verifiable information to the press through his blog Frank Report. In a new post this week, Parlato shared an interview that he conducted with the neighbor who witnessed the encounter.

The witness, who spoke under terms of anonymity told Parlato that he saw Mack videotaping an 8-year-old girl and inappropriately touching the child under the clothes.

“She was video taping the girl…. The girl was doing these little gymnast things… It was creepy. Very creepy. I saw her feel the 8 year old up. We were up off of Independence. She was up on —-. and they were sitting there and I was walking [with his dog] and we were coming back and I was wondering what she was doing. I did not know who she was at the time. I did not know who she was until November and then I was like, ‘Oh that’s who that girl is.’ But they were sitting there and I just said “Hi” and … I went up to to be nice to them. We started talking and she was trying to quick-end the conversation so she could get back to what she was doing. And at one point she was next to the 8-year-old and she turned around and went like that up the girl’s chest,” the witness said.

Parlato asked if the witness if he could have been mistaken about the nature of the touching, but he said that he was certainly creeped out by what he saw. When asked why he didn’t go to the police at the time, he said that on a previous occasion when he attempted to report a crime in the past the local police attempted to turn it around on him.

Other neighbors have spoken with the mainstream media, also under conditions of anonymity, offering different stories about living in the same neighborhood as a sex trafficking cult.

“There were always people going in and out of her house, cars parked around. Sometimes 10 in the morning, I’d wake up at 6 in the morning and there’d be a car there. There were constant people around. It was like a revolving door around here,” one anonymous victim told News10.

Raniere is also accused of having a history of pedophilia, with accusations that stretch back over 20 years, involving girls as young as 12.

The U.S. attorney’s office requested to have Raniere held without bail in a letter to the court stating that he was a known child predator.