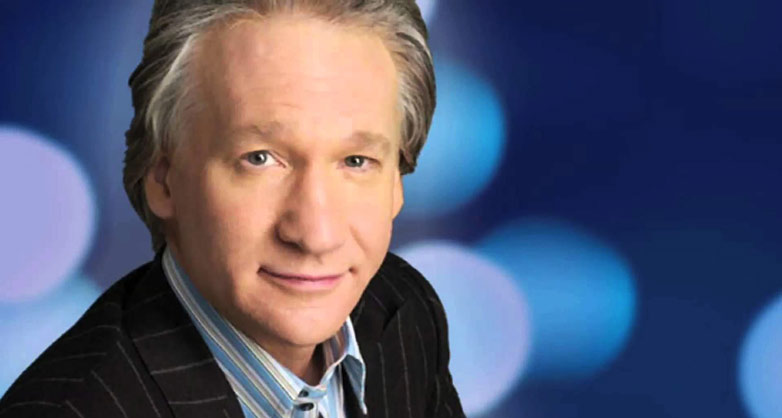 Patriotism — love of one’s country — is a natural sentiment.

Scottish anthropologist Sir Arthur Keith (1866-1955) called it “in-group amity” and provided a compelling account in A Theory of Human Evolution that love of country is instinctive because the sentiment fosters and is necessary for the survival of the individual and the group.

Liberals/Progressives/Democrats, however, are exceptions to that natural sentiment. Instead of love of country, they promote “identity politics” — that the individual’s main identity and loyalty is to a sub-group of race, ethnicity, gender, sexual orientation, or political party.

Even worse, instead of love of country, American liberals/progressives/democrats actually hate America and everything it stands for.

Two recent examples are stunning reminders of liberals’ visceral hatred of America and Americans: Bill Maher and Tom Steyer. Both are so consumed with hatred for President Trump that, in order to remove him from the White House, they actually welcome an economic crash and a nuclear war that would bring untold hardships, sufferings and deaths to countless Americans. That’s how much Maher and Steyer care about America and fellow Americans.

On the night of June 8, 2018, during a panel discussion on his HBO show, Bill Maher asked his guest Shermichael Singleton his opinion of how the U.S. economy is performing under Trump.

“I feel like the bottom has to fall out at some point, and by the way, I’m hoping for it. I think one way you get rid of Trump is a crashing economy. So please, bring on the recession. Sorry if that hurts people, but it’s either root for a recession or you lose your democracy.”

Tom Steyer is the billionaire Democrat who launched a $20 million national campaign to impeach President Trump. In a televised video that you may have seen, Steyer calls President Trump “a clear and present danger who is mentally unstable and armed with nuclear weapons,” who has taken the U.S. “to the brink of nuclear war” and obstructed justice by firing former FBI Director James Comey, among other charges. (See “Billionaire Democrat Tom Steyer launches multi-million$ media campaign to impeach President Trump“)

In a recent interview with Rolling Stones reporter Tim Dickinson, June 29, 2018, Steyer said it is imperative that Congress “immediately” impeach President Trump, but the “checks and balances system” set up in the Constitution isn’t working.

Steyer first considered conventional wars and an economic disaster like the Great Depression as means to remove President Trump. But then, wanting to “move quicker,” Steyer said he prefers “a nuclear war” to “get a real course correction.”

To top it off, Steyer actually justifies nuclear war to remove President Trump as Democrats “trying to do what’s right.”

Like other Democrats who are caught saying outrageous things, including death threats at President Trump, after saying he welcomes a nuclear war as a “quicker” way to remove a duly-elected sitting President, Steyer then had second thoughts, calling his remark intemperate.

Here’s the exchange between Steyer and Dickinson:

DICKINSON: The normal checks and balances are for the Senate Judiciary and the House Judiciary Committee to investigate the president’s behavior – that is not happening. So you can believe in checks and balances as much as you want, but that is not the real world. Maybe I wasn’t clear, the idea is that Democrats, returning to power in the House, would have subpoena power. She [Nancy Pelosi] pointed to how she dealt with George W. Bush – whom many wanted to impeach. She believes the decision to take impeachment off the table helped Democrats take the House in 2006, and paved a path to Obama and a deeper correction.

STEYER: I remember 2006. What happened is that George W. Bush, he put us in two disastrous wars and we were headed toward the biggest financial disaster since the Great Depression. So if the answer is that we need those three things to happen for a course correction, I’d prefer to move a little quicker. How about that? But I take your point. Maybe we can have, like, a nuclear war and then we get a real course correction.

In psychology, overreaction is defined as “a response, specifically an emotional reaction, which goes beyond a proper level.” Being exaggerated and off-the-scale, overreaction is an irrational response to a stimulus, which points to some underlying dynamics within the individual’s psychology. Simply put, overreaction is a psychological defense mechanism against a perceived threat.