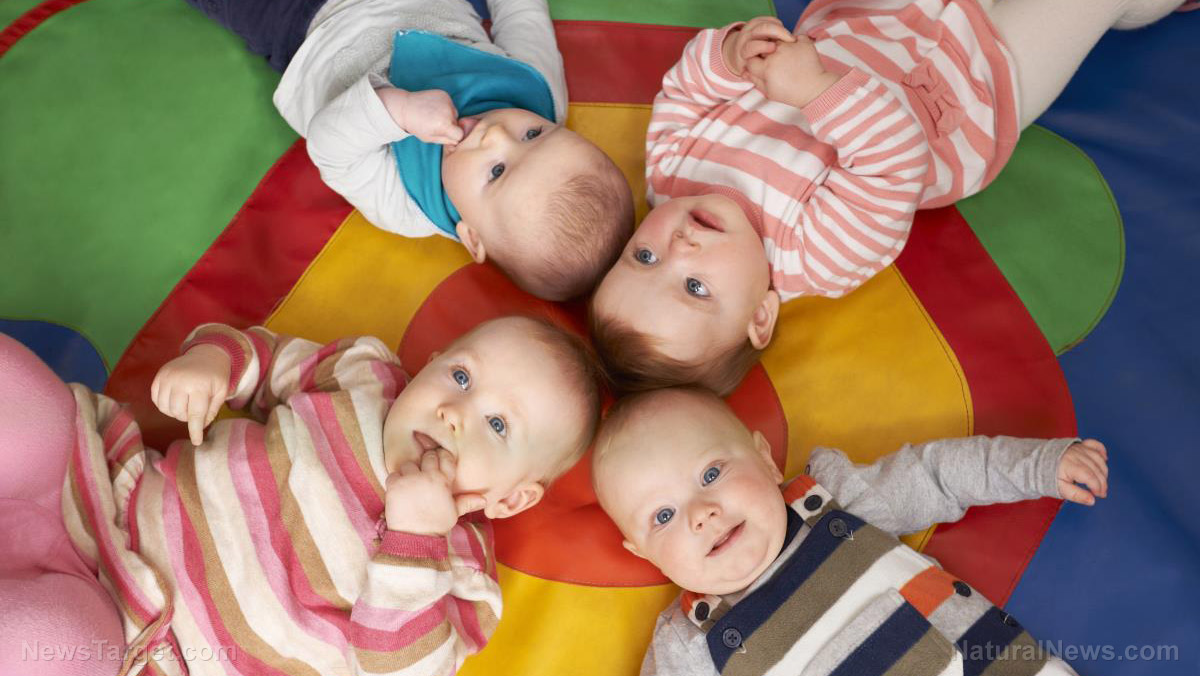 (Natural News) Autism is on the rise and the statistics are skyrocketing. Back in 1990, less than 30 years ago, studies reveal there were roughly three autism cases per 10,000 children in the United States. Fast forward to this past Spring, 2018, when the CDC released new data revealing that one in every 59 American kids have some form of Autism Spectrum Disorder (ASD), with a much higher incident in boys than girls. What changed so drastically in less than three decades that autism cases went from three per 10,000 to 170 per 10,000? Currently more than 20 million people worldwide are diagnosed with some form of autism.

Let’s take a super close look at possible factors and eliminate the “smoke and mirrors” created to distract us from unmasking the truth about autism spectrum disorder, a conundrum wrapped inside a paradox and lost in a labyrinth that medical doctors aren’t allowed to question or solve, only medicate with chemicals that add to the issues.

First things first, no child has ever been reported born with autism spectrum disorder, so the “inherited” genetics theory should be tossed out the window immediately. Medical doctors love to blame parental genes so you won’t look for a cure, and so you will accept the condition as something permanent, requiring chemical medications for life. Autism signs and symptoms emerge between 12 and 18 months of age, and issues with brain development often increase during the second year of life, when symptoms and functional difficulties begin to include speech delay, problems paying attention, inappropriate social interaction, repetitive movements, tics, anxiety, and compulsive behaviors.

Our cleansing organs have a very tough job: filter out all the toxins we consume, including those we eat, drink, breathe in, put on our skin, hair and nails, and those that are injected into our muscle tissue. But how can our kidneys, liver, and pancreas do their filtration jobs if they are completely overwhelmed, confused, and constantly barraged with parasites, pathogens, heavy metal toxins, and genetically mutated organisms from other animals? Let’s face it, the past thirty years have changed drastically for Americans, including the invasion of GMOs in food and medicine, pharmaceutical drugs including opiates, and a CDC-recommended schedule of 55 vaccines before age seven. Wow.

According to TruthWiki, Autism Spectrum Disorder is a broad umbrella term for Autism, Asperger (or Asperger’s) syndrome, and any other pervasive developmental, cognitive, behavioral, social communication or language disorder. Autism occurs when nerve cells and synapses in the brain are altered, blocked, disrupted and disturbed. So the question resides: How do the brain and central nervous system become so violently disturbed after birth? Could it be all of that vaccine violence? The ASD spike perfectly coincides with the vaccine schedule increase and the rise of genetically modified organisms in food, which both catapulted in the early 1990s. Go figure.

Though the CDC lies and swears that mercury has been removed from all childhood vaccines, the flu shot is over-loaded with mercury and the CDC recommends the influenza vaccine to ALL pregnant women and all infants at 6 months of age. Wait, what?

Mercury is the second most poisonous element known to mankind, second only to uranium. It is a scientific FACT that human brain neurons permanently disintegrate in the presence of mercury within one hour of exposure.

Here comes the rub. Thimerosal is a mercury-containing preservative (about 50 percent mercury) and the World Health Organization warned about its use in vaccines way back in 1990. Plus, mercury, an unstable metal, is a cumulative poison, meaning the body has difficulty removing it and it accumulates significantly over time. Does any pediatrician in America ever recommend testing infants for heavy metal poisoning? Nope. Does any pediatrician or nurse in America read the vaccine insert and ingredients word for word to their patients and parents of newborns? Nope.

Horrific fact: Some infants receive more mercury in one day than the World Health Organization (WHO) recommends as a maximum for adults for three months worth of exposure. Still, the maximum amount of mercury for any human to ingest should actually be zero. There is no safe amount of mercury for the human body, and to suggest that there is would be like setting a maximum amount of uranium intake, or plutonium, or cesium 137 (radio cesium), for that matter. We don’t even have time to talk about amalgam (mercury-loaded) dental fillings right now.

Is your child, brother, aunt, uncle, sister, mother or father suffering from VSD right now? Maybe their central nervous system, brain, gut, and cleansing organs are polluted with mercury, embalming fluid (formaldehyde), aluminum, lead, pesticides, herbicides, fluoride, and GMOs. How many kids with autism now will suffer from dementia later in life? There’s a statistic we need to know.

Look into natural foods that pull heavy metal toxins out of the body, like chia seeds, cilantro, and chlorella. Chlorella is an amazing microalgae superfood and detoxifier commonly used for colon cleansing because it binds to heavy metals and other toxic substances and removes them from the body safely and naturally. Plus, probiotics also remove heavy metal toxins naturally — read more recent research to find out.

TRUE stories of recovery from Autism, plus significant injury settlements from vaccine damages

Feeling helpless after leaving some allopathic doctor’s office? You’re not alone. It’s time to visit a complementary and alternative medicine physician. These are doctors who investigate the causes of disease and disorder, then eradicate them, instead of simply medicating the symptoms with chemicals. Could autism be a form of chronic mercury poisoning? The vaccine industry has spent $3.5 billion in private, secretive injury settlements to convince the rest of the country it’s not.

Maybe it’s time to take your loved one who’s suffering from VSD to a Naturopathic doctor who can test their blood and recommend the right nutrition, detoxification and supplementation regimen right away and from now on.

Think you can’t afford to go organic? Maybe you should sue the vaccine industry. Recent cases of vaccine injury settlement are published and you may need an attorney to help you fight the secretive vaccine court. Here are some attorneys in New York that have won millions of dollars for parents whose kids are suffering from VSD.