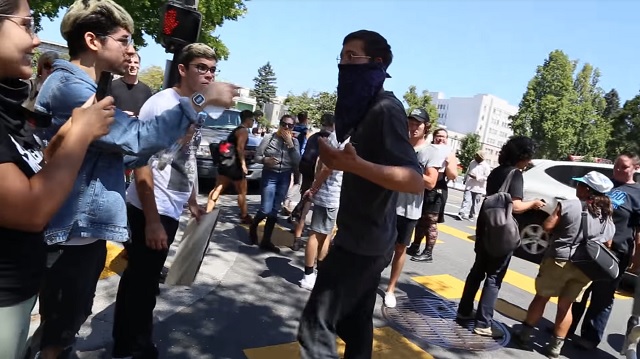 Viral video out of Berkeley shows a Latina antifa berating a white antifa member as “inherently racist” because of his white DNA.

“I’m seriously telling you to do the work,” she barks. “Punch a Nazi. Stop being performative.”

The white Antifa guy squirms about how he’s been “f**king fighting for like three months” and puts himself at risk “all the time,” but only gets laughed at and mocked in return.

The incident happened in late August 2017 at Berkeley, California but a reupload of the video is currently going viral on Facebook, amassing over 820,000 views in just two weeks.

Leftists went on to stage a violent riot after the video was filmed.