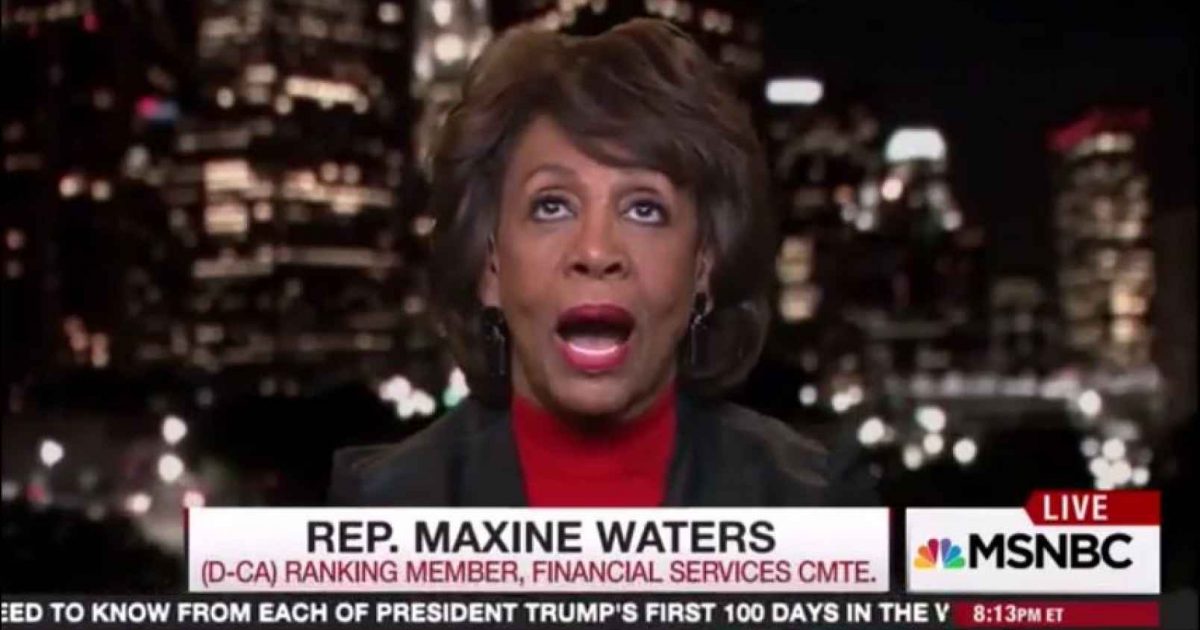 While the Obama “get in their faces” approach works with the leftist base, it doesn’t play well with mainstream voters. Even with many Democrats. And Pelosi and Schumer could easily imagine the RNC commercials if another James Hodgkinson decided to open fire on Republicans.

But the #resistance is convinced that there’s an entitlement to be horrible.

So there are two letters attacking Pelosi and Schumer, one by an identity politics friendly group of black women, the other by self-identified white women (no word on whether Rachel Dolezal is a signatory to either letter) denouncing Democrat leaders for… criticizing Waters.

In intersectional circles, there’s something called “tone policing”. And it’s been brought up quite a bit to attack the idea of civility. Tone policing says that white people expect manners as a tool of white supremacy. One of the pro-Waters letters says as much.

If you expect manners, you’re a white supremacist.

“When you attack a Black woman for speaking out about injustice, and when you call for ‘civility’ in the face of blatant racism, you invoke a long history of white supremacist power,”

Racializing leftist thuggery doesn’t change anything. Maxine Waters was addressing a leftist movement of largely white people. And using her race as a shield for their own violence is deeply cynical. But that’s always been true of the tone policing claim which strives to give certain leftists an exception from basic rules and norms on account of their supposed oppression.