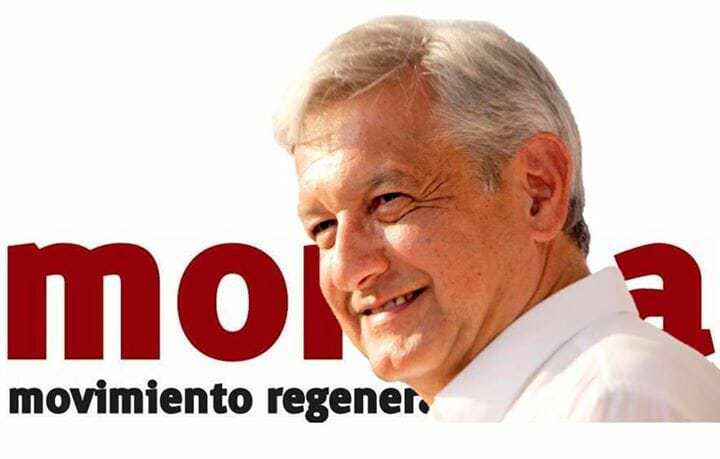 (Natural News) For months, unbeknownst to most Americans, a three-time presidential contender and former mayor of Mexico City was building a formidable candidacy. When he began it, he — like an American counterpart named Donald Trump — wasn’t given much of a chance at victory.

But then, like Trump, something happened: Andres Manuel Lopez Obrador, or AMLO for short, soon became the most popular presidential candidate running.

And on July 1, he won the Mexican presidency.

He won’t take office until December 1, but already there are a great many concerns about his policies, most notably his internal economic policies.

While his ascendency and eventual election victory mimicked the U.S. president, that’s pretty much where the similarities end. Trump is a free-marketeer who has moved to reduce regulatory burdens, cut corporate taxes, and wants to renegotiate global-regional trade pacts to reflect better terms and conditions for the United States; one of those is the North American Free Trade Agreement signed with Mexico and Canada in 1994. Our president is also high on border security, wants a physical wall along as much of the border as possible, and is working on the implementation of policies aimed to cut illegal immigration into the U.S. and to deport those already here illegally. (Related: NOT a shock poll: Vast majority of Americans back Trump’s immigration policies.)

AMLO, by comparison, is a Leftist. He supports open borders or, at least, open between his country and ours. He has said Mexico “will defend, without conditions, the right of our citizens to earn a living anywhere in the world” — seen as a direct challenge to Trump’s anti-illegal immigration policies.

But what is more concerning to some of his own people, in particular, Mexican corporations and business leaders, are his internal economic policies. AMLO has said

He’s paid lip service to the free market, but he’s not convinced Mexican business leaders he won’t turn Mexico into a giant Venezuela — on top of being a failed narco-state where drug cartels run vast portions of the country like a feudal kingdom.

As Bloomberg Businessweek reported in May:

It doesn’t help that the candidate himself often contradicts the same advisers who defend him as a fiscal pragmatist who won’t do anything drastic. At a February rally in Puebla state, López Obrador vowed to his supporters that he would never allow Mexican crude to return to the hands of foreigners—after his advisers had said he would never try to nationalize the oil industry. At another rally he vowed to end gasolinazos, or surges in gasoline prices, by freezing prices in real terms—though his team later insisted that what he really meant was that he’d cut fuel taxes.

Unlike Trump, a free-market capitalist and a conservative on fiscal issues, AMLO wants to spend tens of billions of dollars in new spending for social programs — benefits for the people that can very quickly turn into expensive entitlements that can cripple an economy.

As The Washington Post’s editorial board noted, Lopez Obrador has made a substantial number of promises, many of which he’ll have difficulty keeping. Some he cannot keep, such as his pledge to “eliminate, not reduce” corruption and a promise to end rising drug cartel-related homicides and violence.

“It may be that Mr. López Obrador’s promise of radical reform will amount to reversing the hard-won progress of his predecessors in shifting the statist, autocratic Mexico of the 20th century toward a modernizing liberal democracy,” the board wrote. “The new president has promised to reverse a landmark educational reform and is likely to slow a partial privatization of the oil industry.”

In real-speak, when a socialist says “reform” an industry he or she generally means having the state take it over, which is what happened in Venezuela.

Much like Mexico, the bulk of Venezuela’s wealth came from its oil industry, which has the largest proven reserves in the world. Today, after the government took it over about a decade ago it — like the rest of the country — is a shambles. Inflation is rampant and out of control. The currency is practically worthless. Hundreds of thousands of Venezuelans have fled for other countries. Disease is rising as is hunger. There is little food, little medicine, and little hope for anyone outside of President Nicolas Maduro’s inner circle. Even the military, which has historically been loyal to the president, is reportedly teetering.

Now imagine if Mexico goes the way of Venezuela. The stream of humanity into the United States would be many times greater than what it already is.

Some analysts believe AMLO will become pragmatic when he takes office. Others see little chance of that, given his history of Left-wing populism.

The invasion from Mexico is only likely to grow once his socialist policies begin dismantling his country’s economic infrastructure.

Read more about the Mexican invasion at InvasionUSA.news.