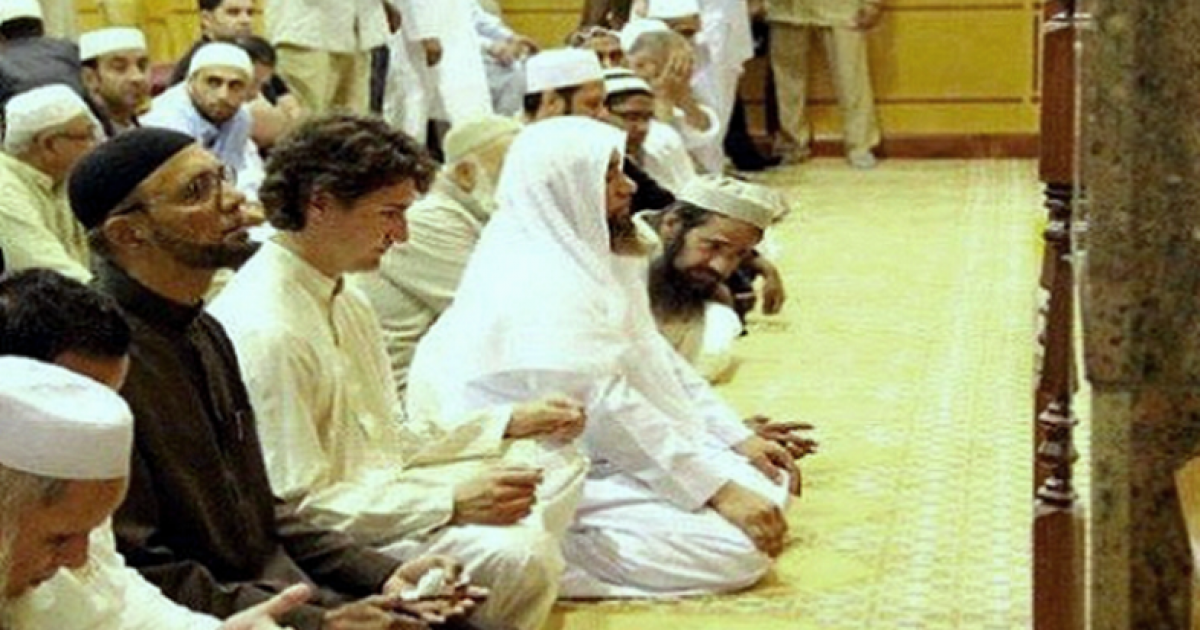 In 2015, Canadian Prime Minister Justin Trudeau received 75 percent of the Muslim vote. It looks as if Prime Minister Trudeau is aiming higher for 2019. Trudeau wants at least 90 percent of the Muslim vote, and he wants the Canadian taxpayer to pay for it. One of the groups that will be benefiting from the Trudeau bonanza is the National Council of Canadian Muslims, which is the former branch of terror-tied CAIR in the United States. The pro-jihad Islamic Relief charity group will also benefit from Trudeau’s generosity and Islamophilia.

Mississauga’s Muslim MP Iqra Khalid, who has been advocating for the pro-sharia M-103 motion, gleefully announced the massive payment to her constituents. What’s even more despicable is that Prime Minister Trudeau has fought to provide additional funding for Canadian military veterans, who are in desperate need of compensation.

On the afternoon of June 27 while most of Canada was at work or watching the World Cup matches, a major funding announcement was made with little fanfare and in front of no more than a couple of dozen, mostly Muslim audience of Pakistani Canadians.

Mississauga-Erindale MP Iqra Khalid who has been the mouthpiece of the divisive Motion M103 on ‘Islamophobia’ stood in her constituency office to announce that the Trudeau government was investing an additional $23 Million into its multiculturalism program.

With no mainstream media in attendance to ask any questions, Khalid boasted that her “hard work has resulted into tangible action.” She listed the following two groups as being among the recipients of the new funding:

The National Council of Canadian Muslims (NCCM), a former branch of the U.S. based Council on American Islamic Relations (CAIR) that was named in 2008 as an unindicted co-conspirator connected to the “largest terror-funding trial in U.S. history. NCCM has denied links to CAIR.
Islamic Relief, a worldwide charity accused of links to Islamist extremism by Middle East Forum, Israel and the United Arab Emirates among others.

There is no solid record that the Canadian arms of these two organizations have contributed to current problematic behaviour. Nonetheless, for over a year many Muslim Canadians, including yours truly, my Sun colleague Farzana Hassan as well as other Muslim critics of Islamism had warned that the M103 initiative was much more than the victimhood culture of guilt being forced onto ordinary Canadians.

On Wednesday, we saw our fears come true. While Islamists will receive millions to conduct their Sharia agenda in Canada, Muslim critics of jihad, polygamy, FGM and Sharia have been left on their own to fight global Islamofascism.

In a message to MP Khalid, I asked her to clarify if any part of the $23M will be used to counter the daily denigration of Christians and Jews that takes place in mosques across Canada, from dawn to dusk.

I reminded her that “most Friday sermons at mosque congregations end with a call to Allah to grant Muslims victory over non-Muslims, referred to as ‘Qawm al Kafiroon’.”

“Will the $23M be used to de-radicalize mosque clerics and educate them to end hateful sermons from the pulpits,” I asked.

Despite reaching out to her office twice, I did not get a response, nor any press release or statement issued by any ministry of the Trudeau cabinet….