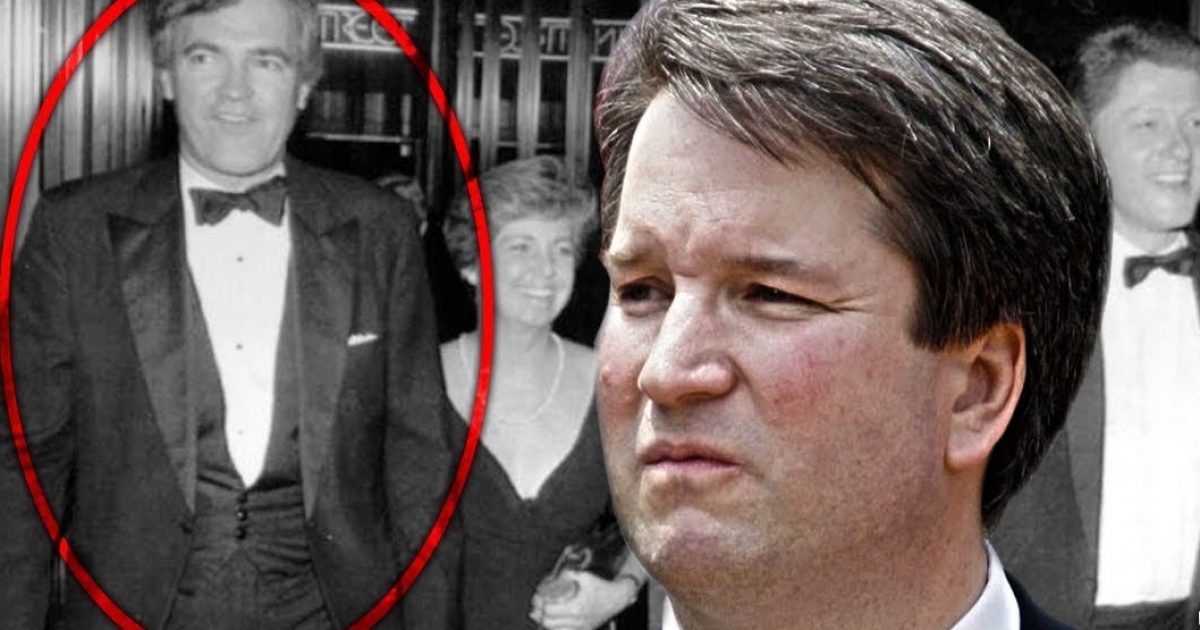 Despite Kavanaugh’s conservative rulings as a judge, in my opinion, he falls into the category of a controlled judge who, like Chief Justice John Roberts, can be allowed to pursue his own conservative legal views until they need him in an “eleventh hour” crucial case to act as a swing vote. – Viktor Porlier

Seriously, I don’t know why the professed conservative party would not put forward its most conservative nominee for the Supreme Court to replace Anthony Kennedy, but this is how it goes.  They talk a good game and then they let you down.  This is the case with Brett Kavanaugh, and if there is one thing that people should remember, it’s that Kavanaugh was the independent assistant attorney (IAA) in charge of the final investigation in the Vince Foster case.

Kavanaugh took over for Miguel Rodriguez who had revealed the Foster case was a homicide. Kavanaugh stated that he would do whatever it took to advance his career but was ordered by three federal judges to keep the witness statements and Rodriguez’ discoveries in the final document.

Both conservative and liberal media outlets have failed to cover the information that was scattered throughout the report even to this day.

They have been just as complicit as was Kavanaugh in the coverup of what was clearly the murder of Vince Foster.

I’m not the only one saying it.  This video titled The Vince Foster Cover-up: The FBI and The Press is a must view and demonstrates why Kavanaugh is part of the Clinton swamp people were promised that Trump would drain.  And don’t think Trump doesn’t know this.

“He had intimate knowledge of what was going on,” Trump said, speaking of Foster’s relationship with the Clintons at the time. “He knew everything that was going on, and then all of a sudden he committed suicide.”

He added, “I don’t bring [Foster’s death] up because I don’t know enough to really discuss it. I will say there are people who continue to bring it up because they think it was absolutely a murder. I don’t do that because I don’t think it’s fair.”

Of course, he’s going to give the people what they want to hear and then backpeddle it slightly in order to save face.

Anyone who has looked at the Vince Foster case cannot sit with a straight face and honestly declare it was a suicide.
The official Vince Foster report cited the following:

Yet, Kavanaugh has gone along with the official story.  Why?

Was it so that he would be made a federal judge, after the fact, by President George W. Bush?

Does Kavanaugh have a history of “conservative” rulings?

Yes, he does, but as Victor W. Porlier, a former chief of information-systems development for the US Agency for International Development, pointed out, “he falls into the category of a controlled judge who, like Chief Justice John Roberts, can be allowed to pursue his own conservative legal views until they need him in an “eleventh hour” crucial case to act as a swing vote.”

In fact, Porlier expressed in a post on Monday evening his thoughts on Kavanaugh.

Kavanaugh has an advantage because he has the most consistent conservative judicial track record of the known candidates — one that mirrors Trump’s views on several key issues, including immigration, trade deals, abortion and gun rights, according to two sources familiar with the current White House selection.

For example, Kavanaugh wrote the majority opinion in Heller v. District of Columbia, which unapologetically embraced the Second Amendment and argued that judges should not re-interpret the founders’ original intent.

Actually, Heller is not as pro-Second Amendment as you think. Kavanaugh openly allowed that the “right” could be regulated or restriction by state law, and even some federal law, as long as it did not take away the right completely. That is a slippery slope.

His ruling is considered the most pro-Second Amendment opinion of any court of appeals opinion, one that has been cited repeatedly by Supreme Court Justice Clarence Thomas.

But conservatives who understand government conspiracies are rightly concerned about Kavanaugh’s early association with Special Counsel Ken Starr, a Republican who was called in to cover-up for the Deep State’s murder of Vince Foster, the Clinton’s financial lawyer who knew where all of the Clinton cash was hidden overseas. As the Free Beacon wrote,

Kavanaugh, 53, is a judge on the Court of Appeals for the District of Columbia. He first rose to national attention for his work on the Starr Report, as well as the investigation into the death of former Clinton legal counsel Vince Foster.

The Vince Foster cover-up wasn’t a simple case of an erroneous conclusion based upon weak evidence. This was a full-blown conspiracy to intimidate witnesses that proved the official version was a lie. Such “active measures” cannot be done by honest FBI agents unless they know they are obstructing justice.

Vince Foster’s was killed somewhere in the nation’s Capitol and then later dumped at Fort Marcy park where it was made to look like a suicide scene. Trouble is, he had already bled out elsewhere and the supposed suicide handgun was placed in the wrong hand. Patrick Knowlton was the key witness exposing a major flaw in the official story—the fact that Foster’s car wasn’t in the park parking lot. It was in the government’s harassment of this witness that the major evidence of conspiracy lays.

Knowlton was sitting in a car in the Fort Marcy parking lot at the time the government claimed Foster drove up and went into the park to kill himself. But Knowlton testified the car that was in this spot did not match Foster’s car. Federal agents also in the park tried to intimidate him into leaving, knowing that he was watching their movements.

After Knowlton went to authorities with his suspicions of foul play he began to be subjected to constant harassment by burly men trying to intimidate him on the street and in restaurants. Only when Knowlton went to give testimony at the Starr Commission did he recognized the men as Starr’s FBI agents. They were all sitting up front. As Starr’s deputy, there is no way that Kavanaugh could not have known that there was a cover-up and conspiracy going on with the treatment of Knowlton.

So, despite Kavanaugh’s conservative rulings as a judge, in my opinion, he falls into the category of a controlled judge who, like Chief Justice John Roberts, can be allowed to pursue his own conservative legal views until they need him in an “eleventh hour” crucial case to act as a swing vote. This is what happened to Roberts when he switched sides at the last minute on Obamacare.

Kavanaugh will always be subject to the blackmail of “you knew what Starr did to Knowlton, and you went along with it.” That also implies a more lethal threat of “you know what they did to Vince Foster when he got cold feet about protecting the Clintons.” (emphasis mine).

Go ahead and call this a “win” if you like.  I am not so sure it was a good pick when we have others who are far more conservative than Kavanaugh.  This is an issue of who Trump thinks the Senate will confirm, and shame on Republicans in this matter as they didn’t want conservatives who were not involved in a coverup.

While time will tell whether or not Kavanaugh is worth his salt, where there are important issues that affected the nation, including the coverup of Vince Foster’s death, he does not appear to be trustworthy to this author.  I think Porlier is exactly right on this one.