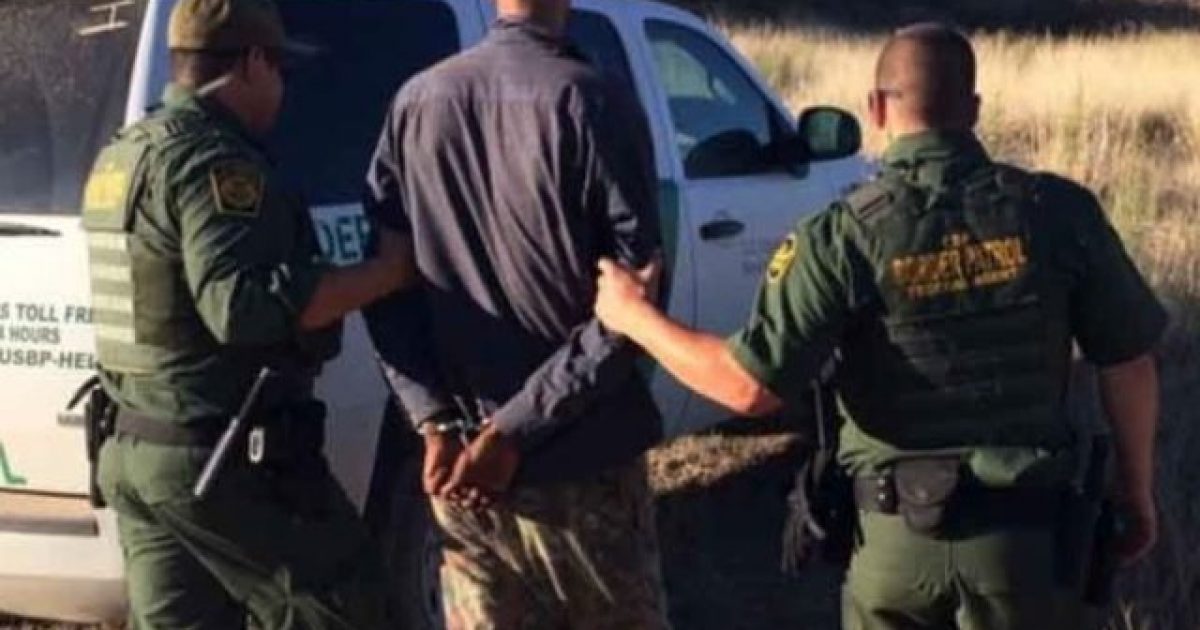 Breitbart reports on the arrests of MS-13 and 18th Street gang members that took place after the Independence Day holiday:

Agents assigned to the Weslaco Station arrested a Honduran male near the town of Edinburg, Texas, on July 5. During a biometric background investigation, the agents learned the man had been ordered removed from the U.S. following a conviction for sexual assault of a child, according to information provided to Breitbart Texas by Rio Grande Valley Sector officials.

At about the same time, other Weslaco Station agents arrested a Salvadoran national near Hidalgo, Texas. The Salvadoran man made a claim of fear of being deported back to El Salvador, Breitbart Texas reported. During his processing, agents learned the man is a member of the MS-13 gang, officials stated.

The agents came across the illegal immigrant who crossed the Rio Grande River near Hidalgo, Texas. They arrested the man who then made a “claim of fear of being deported back to his native country,” Rio Grande Sector Border Patrol officials said in a statement obtained by Breitbart Texas.

Officials told Breitbart Texas the MS-13 gang member arrested on July 5 had no history of prior deportation or crimes in the U.S. The background check only revealed the man’s membership with MS-13.

That same day, Del Rio Sector agents assigned to the Eagle Pass Station arrested a 35-year-old Honduran man after he illegally crossed the Rio Grande River from Mexico into Texas. During processing, a records check revealed the Honduran national is a member of the MS-13 transnational criminal gang which is responsible for a wave of violence across the U.S.

In another report from Breitbart, agents from Texas to Arizona caught several sex offenders attempting to come into the US.  Some of them have been convicted of sex offenses against children.

Agents assigned to the Weslaco Station arrested a Honduran male near the town of Edinburg, Texas, on July 5. During a biometric background investigation, the agents learned the man had been previously deported from the U.S. following a conviction for sexual assault of a child, according to Rio Grande Valley Sector officials.

Rio Grande City Station agents arrested a Mexican man the following day near Rio Grande City while he was attempting to illegally enter the U.S. A background check revealed a previous conviction for having sex with a minor, officials said. The court sentenced the Mexican national to only 100 days in jail and placed him on probation for 36 months. Immigration officers subsequently deported the criminal alien.

Responding to an inquiry from Breitbart Texas, Rio Grande Valley Sector officials said that at least one of the previously deported sex offenders was apprehended with a group of 55 illegal immigrants, including four juveniles between the ages of 15 and 17.

During this period, Tucson Sector agents assigned to the Nogales Station apprehended a 30-year-old Mexican man. During processing, the agents learned that a Richmond County, New York, court previously convicted the man, Anthony Diaz-Garcia, on a charge of rape in the 3rd degree. The Mexican national spent six months in a New York prison before being deported by immigration officers. Officials said Diaz will remain in federal custody pending prosecution for aggravated re-entry after removal as a sex offender. If convicted, he could face up to 20 years in federal prison.

“This arrest serves to remind us of the unknown factors our agents face on a daily basis. Some illegal aliens are dangerous criminals,” Del Rio Sector Chief Patrol Agent Felix Chavez said in a written statement.

It’s nice to know that these people are being apprehended before they are able to enter our society and commit more crimes, especially against our children.