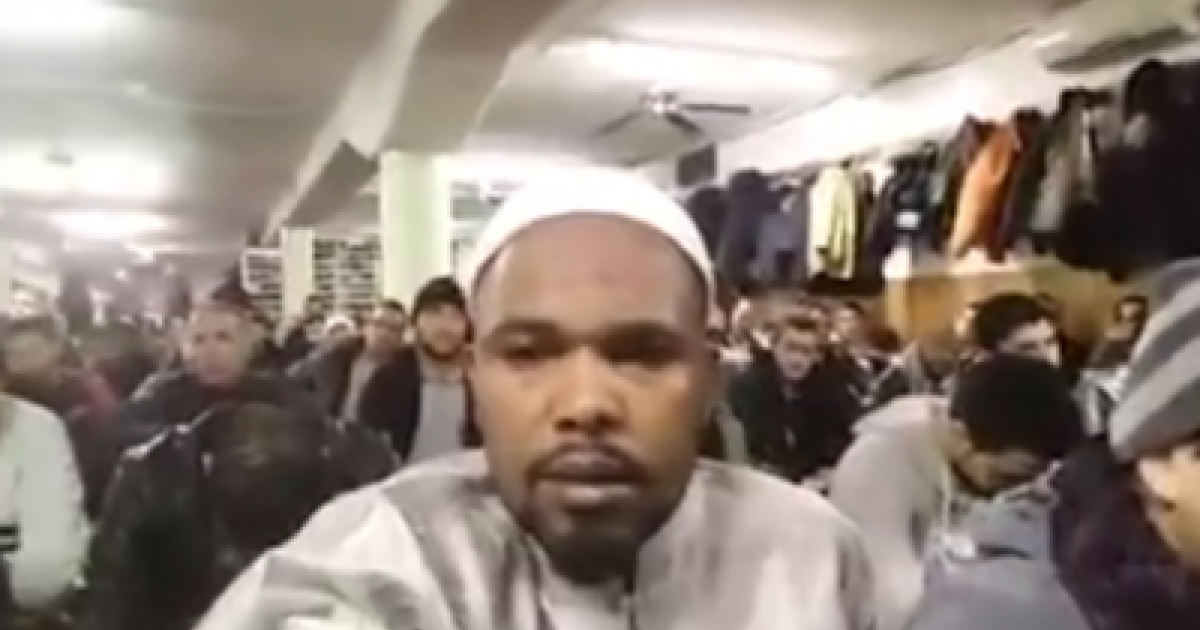 It happened back in April, although it was reported only in the German media; apparently, the English-language media didn’t find it newsworthy that a Muslim migrant beheaded his one-year-old daughter on a Hamburg train platform. But the sheer horror of this incident has been compounded now by Angela Merkel’s government, which has reportedly banned further reporting on the incident. Anything to keep as many Germans as possible ignorant and complacent regarding just how devastating the Muslim migrant influx into Germany really is.

“According to eyewitnesses,” says one news report on this incident, “the 33-year-old suspect, Mourtala Madou, beheaded his one-year-old daughter in front of a horrified crowd of commuters at Jungfernstieg station on Thursday, April 12, and then stabbed his German girlfriend, the mother of the child. The suspect allegedly stabbed the infant from behind, while she was sitting in her stroller, and then severed her neck. He then allegedly stabbed his girlfriend in the chest before fleeing the scene, dumping the murder weapon in a train station trash can. He was later arrested…. Eyewitnesses can be heard saying that the suspect cut the babies [sic] head off.”

Police spokesman Timo Zill said the murders were “very targeted”; eyewitnesses described them as an “honor killing.” In beheading the baby, Madou also utilized a form of killing especially favored by Islamic jihadis, heeding the Qur’anic injunction, “When you meet the unbelievers, strike the necks” (47:4).

In response, the Merkel government did not open an investigation of honor killing, or of Muslim migrant crime. It did not commission a study of Islamic theology and culture, and the effects of importing a large number of people from a culture of violence into Germany. Instead, “German media has been allowed by the government to report on the murder of the mother, but Angela Merkel’s pro-migrant government banned German media outlets from reporting on the decapitated baby. Germany’s largest newspaper, Bild, reported on the death of the mother of four, without mentioning the details regarding the barbaric murder of her child.”

Why the gag order? Clearly, the Merkel government, facing a strong challenge from the Alliance for Germany, which opposes its suicidal policies regarding the mass Muslim migrant influx, wants to tamp down dissent. The fewer Germans know just how devastating this influx has been, the better.

How has it come to this, that the German government has to resort to silencing the press in order to prevent the full magnitude of its failure from being known? At this point, there are only two choices: either Angela Merkel is a socialist internationalist who is hell-bent on destroying the very concept of the nation-state, as well as that of ethnicity itself, by flooding her nation and the rest of Europe with Muslim migrants, many of whom are violent and some of whom are jihadis, or she is irremediably stupid, stupid to the point of requiring institutionalization, and really believes all the fluff and nonsense about “diversity” and “multiculturalism” that the international Left has regaled us with for so many years now.

Either way, the result is disaster for Germany, Europe, and the world as a whole. If the only way Merkel can stay in power now is to keep the German people ignorant of the actual effect of the policies she has so indefatigably pursued, and that ignorance is enforced by a media blackout, she is risking bringing Germany’s short life as a free society to an end, and bringing back the authoritarianism so favored by some of her predecessors, such as Adolf Hitler. If Germany ceases to exist as a free society, and Britain (which is also teetering on the brink) follows suit, the effect will be catastrophic for other free nations around the world.

Merkel is flirting with doing nothing less than plunging the world into a new Dark Ages. If she had even a modicum of regard for the German people she has sworn to protect and defend, she would acknowledge that her migrant program has been an appalling mistake, and resign. But that is not going to happen. Instead, what lies ahead for Germany is more incidents such as the one that happened in April on that train platform in Hamburg, along with increased civil strife, more jihad terror attacks, more bloodshed, more societal instability, and worse.

Future generations of free Germans will curse the name of Angela Merkel. But if she gets her way, there won’t be any.

Robert Spencer is the director of Jihad Watch and author of the New York Times bestsellers The Politically Incorrect Guide to Islam (and the Crusades) and The Truth About Muhammad. His latest book is The Complete Infidel’s Guide to Iran. Follow him on Twitter here. Like him on Facebook here