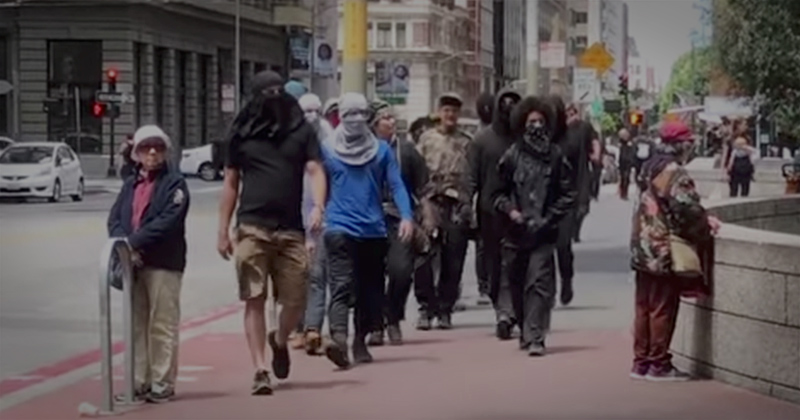 Incredibly brave, heroic, fearless antifa members went to a “#FreeTommyRobinson” prayer vigil in San Francisco and went straight after an elderly woman, stealing her hat and glasses and then attacking her when she resisted.

The video, taken Saturday, July 7, shows around fifteen masked individuals approach the group of protesters and start a verbal confrontation.

One of the Antifa members steals a MAGA hat off an older woman’s head and takes her glasses off, causing the woman to defend herself with pepper spray which sparks an all-out brawl between the groups.

This was Normandy-tier bravery on display here, folks! We must never forget how our forebears stormed the beaches of Normandy to beat up old German grandmothers to protect Muslim rape gangs’ sacred right to operate unimpeded! Sure, antifa may have had a bit of trouble recently in Portland (and even here in San Francisco) fighting other grown men, but they’ve shown now they’re not afraid to take on ANY elderly woman who gets in their way!