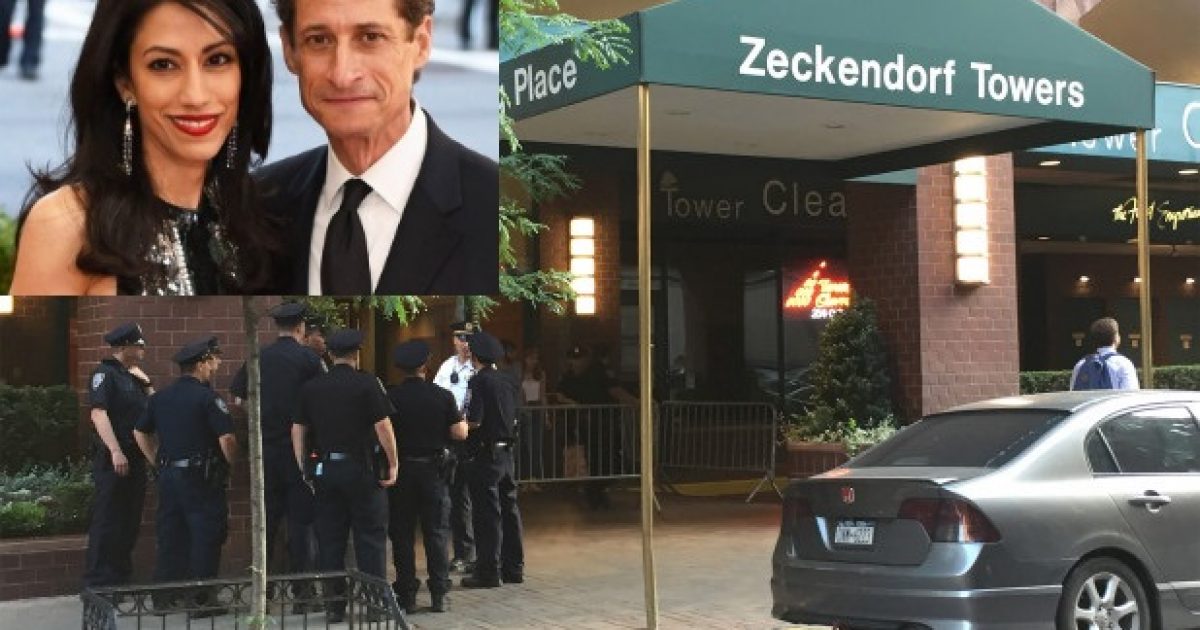 Residents first thought police presence was at their apartment building in New York on Tuesday because of disgraced former Congressman Anthony Weiner and his wife Huma Abedin, but that turned out not to be the case as it was discovered that a woman’s body was found in the building’s trash compactor in Manhattan’s Union Square.

Crime scene investigators were on the scene at 1 Irving Place Tuesday evening, collecting evidence in the bizarre and grisly death. Police say it’s not clear yet how the 48-year-old woman died, but her body was found at around 5 p.m.

Her purse was found near the trash chute where it appears she went in.

Police officers and paramedics told the New York Post they responded to a call on Tuesday afternoon and “discovered a 48-year-old female unconscious and unresponsive inside a trash compactor.”

The woman was pronounced dead at the scene though it is unclear how she died and ended up in the trash compactor.

Abedin had renewed the lease on the apartment in May 2017 and allegedly invited Weiner back home to the luxury three-bedroom, 1,500-square-foot pad at 1 Irving Place, which a Corcoran listing said features an “expansive, panoramic view of Union Square Park and the midtown skyline.”

The couple had been living there for 16 years.

Weiner was sentenced to 21 months for sending naked pictures of himself to a minor.

As bizarre as it sounds, what is even more amazing is that despite Weiner not having been there in some time is the fact that residents would think that the police would be there because of him.

Of course, he’s not spending one day in jail for that, and neither is Huma.