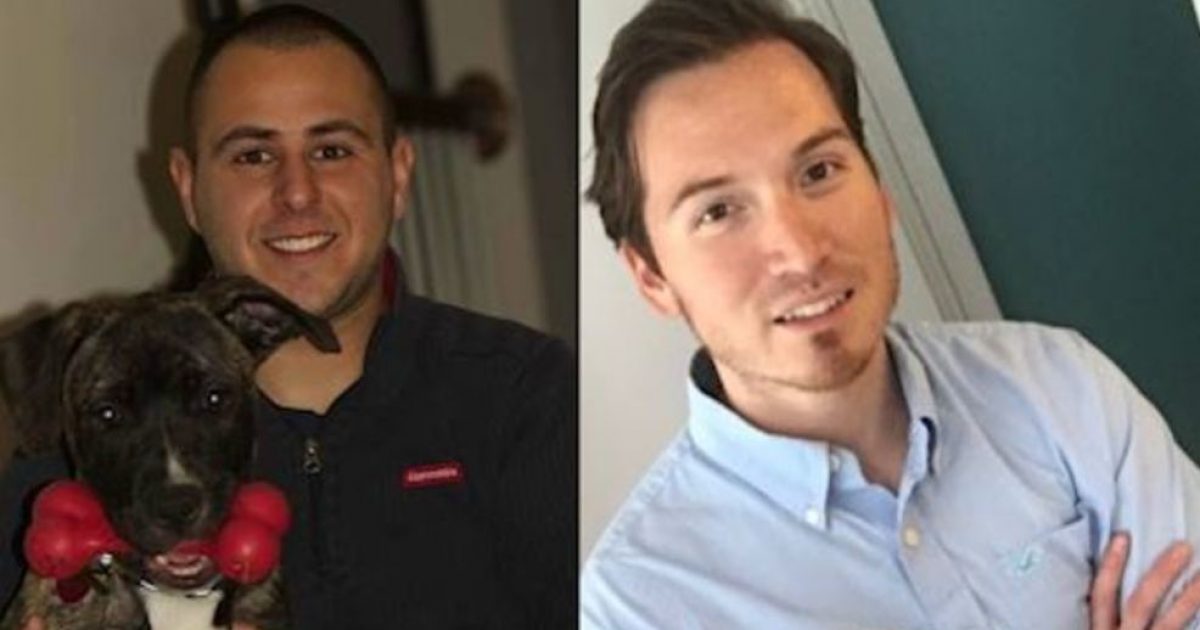 I’m pretty sure if the average American citizen did this, they would be facing some much more serious charges, but not for those who are here illegally in the US, and more specifically in the state of Maryland.  An illegal alien from Guatemala with a prior criminal record, who is in the states on an expired visa is being fined a whopping $280 for slamming into a deputy state fire marshal and special agent of the Federal Bureau of Investigation.

Roberto A. Garza Palacios, 28, of Germantown was identified as the driver of a 2000 Honda Accord that plowed into Deputy Chief State Fire Marshal Sander Cohen of the Maryland Office of the State Fire Marshal and FBI Special Agent Carlos Wolff last December, killing them both.

Sadly, @mcfrs learned this morning of the untimely passing of Sander Cohen, a Lieutenant w/ the Rockville Volunteer Fire Department & a Deputy Chief w/ MD State Fire Marshal’s Office, Maryland State Police. – he was involved in a collision on I270 near Falls Rd 12/8 ~10p pic.twitter.com/8t7lIYgzc5

After a review of the investigation by the Montgomery County State’s Attorney’s Office, it was determined he was to be charged with negligent driving. When contributing to an accident, this charge carries a penalty of a $280 fine and three points. Garza Palacios met with State Police at the Rockville Barrack in mid-April and was issued the citation. Signing the citation is not an admission of guilt.

Deputy Chief State Fire Marshal Cohen was off-duty and driving south on I-270 when he came upon Special Agent Wolff’s personal vehicle disabled in the travel lane. He immediately called the Maryland State Police Rockville Barrack for assistance and blocked the damaged vehicle with his own, while activating his emergency flashers in an attempt to safeguard the scene. The actions of Deputy Chief State Fire Marshal Cohen placed him in an official on-duty status at that time.

Both Deputy Chief State Fire Marshal Cohen and Special Agent Wolff moved to the shoulder of the fast lane. The investigation showed a southbound 2000 Honda Accord, driven by Garza Palacios, swerved to the left of the stopped vehicles because he was unable to move to the right due to traffic. The Honda struck both men as they stood on the highway shoulder. Both victims were thrown over the jersey wall to the northbound side of I-270.

Palacios didn’t flee the scene, but rather parked his car and remained there.  According to investigators, the accident didn’t involve alcohol, drugs or high speed.

Mr. Palicios didn’t even have to appear in court, according to The Washington Post, nor did he serve time in jail.

Palicios has been living in the states for nearly a decade after his visa expired, but it took immigration agents almost 6 months to arrest him after the accident and this wasn’t his first arrest!

Garza Palacios, a native of Guatemala, still faces possible deportation. On May 3, immigration authorities arrested him after the accident and charged him with overstaying a visa that expired in 2009. In 2015, Garza Palacios was arrested in Montgomery County and ICE asked him to be placed on hold, but that request was not honored. Humayun stated that the immigration case is still ongoing.

Garza Palacios pleaded guilty to driving while impaired in 2015. He served a four month stint in jail after smashing windows on 16 cars and lighting a sofa on fire near a construction site.

The consequences of a vehicular homicide conviction depend on the circumstances. But generally, the possible penalties are:

Now, obviously, if this were an American citizen, they would get no such breaks, right?  I’m sure this is all a bit of someone just dropping the ball, right?

I know this, if I were going through Maryland and had this kind of accident and was charged with negligent driving and two men such as this were killed due to my negligence, you can bet your bottom dollar I would probably have been arrested on the spot, charged with not only negligence but manslaughter and be looking at serious time in jail.  Something just doesn’t smell right in this case.

Somehow, I’m thinking that the families will be opening a wrongful death lawsuit, but considering this man was an illegal, I’m not sure they would get much and a lawsuit against the government probably doesn’t look like it would gain much traction either since that would be the fox guarding the hen house.