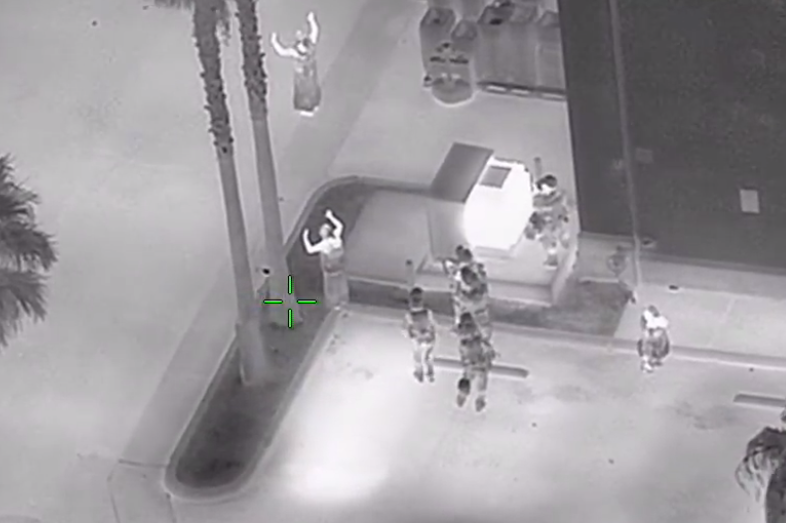 LAS VEGAS (INTELLIHUB) — Three women were taken into police custody behind the CVS located at 3758 S. Las Vegas Blvd on the night of the 1 October shooting sometime after the attack on the Route 91 venue had subsided.

The entire arrest was captured by Air 4’s FLIR thermal imaging camera as the three female subjects were placed in handcuffs and detained curbside.

Additionally, a sleeping barefoot bum was awoken by officers who approached while exercising caution.

The bum was alive and well.

The identities of the three women are unknown.

Gunshots were reported in the area.

You can view the entire arrest in the following aerial footage released by the LVMPD on Wednesday.