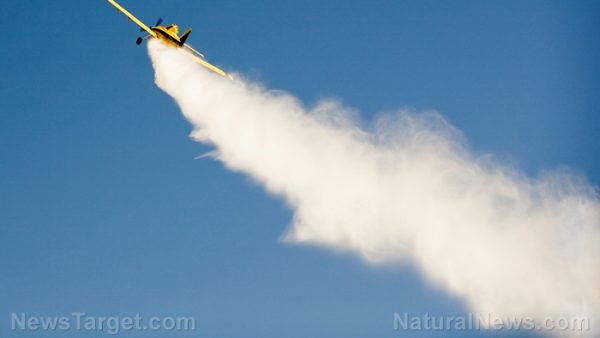 (Natural News) For the first time ever, the world has access to thousands of pages of formerly concealed documents that reveal the true extent of chemical industry corruption in our country. It’s all part of a project known as the “Poison Papers,” which covers more than four decades’ worth of collusion between chemical companies and the Environmental Protection Agency (EPA) to conceal the true health hazards of the pesticides that are sprayed all over our food.

This 20,000-document trove of information comes to us thanks to the faithful work of Dr. Jonathan Latham, who currently heads Independent Science News. With the help of truth sleuth Carol Van Strum, Dr. Latham has made public this damning collection of evidencethat reveals how the EPA has long functioned basically as an extension of the chemical industry, rubber-stamping approval for chemicals that are extremely toxic to humans.

Included as part of the Poison Papers are all sorts of documents pulled from lawsuits filed against major chemical industry players such as Dow and Monsanto, not to mention the EPA, the U.S. Forest Service, the U.S Air Force, pulp and paper companies, and many others. Suffice it to say that public health and safety have been sacrificed on the altar of profits and control for far too long – but the good news is that the lid has finally been blown on this racket.

It’s Van Strum who technically deserves the credit for getting the ball rolling. After observing the Forest Service spray 2,4,5-T, a deadly dioxin component of Agent Orange, over her children on two separate occasions in rural Oregon, she began to investigate the government’s handling of many other industrial chemicals – only to discover that it’s common practice to expose the public to extremely deadly, but highly profitable, poisons.

Major chemical corporations like Dow and Monsanto have been complicit as well, performing experiments on humans in secret. We now know that Monsanto, as one prominent example, knowingly sold TCDD, a toxic contaminant of 2,4,5-T, to the makers of Lysol, which apparently without knowing its true toxicity added this poison to household disinfectant sprays for some 23 years before discovering its true nature.

And where was the EPA while all of this was happening? Remaining silent, or even covering up pertinent scientific data that, had it been released, would have barred these chemicals from ever reaching the commercial market. But because this corrupt agency apparently works for chemical companies rather than the people who pay its employees’ salaries, there are quite literally thousands of chemicals on the market today that are harming and killing people, without consequence.

Whenever the EPA has been caught lying about chemical safety, its typical response is to simply lie about the data. In the case of one infamous study known as Alsea, which identified TCDD in water, animals, and various “products of conception,” the agency simply denied the results. It even claimed that there was a “mix-up,” and that the water samples had come from some other area, effectively shielding chemical companies from liability.

Van Strum later filed a series of Freedom of Information Act (FOIA) requests seeking to get to the bottom of what happened, to which the EPA responded with more than 34,000 pages worth of data. But the agency never actually released the true results of the study itself, nor did it offer a valid explanation as to what truly happened to the alleged water samples.

To dive deeper into the contents of the Poison Papers, be sure to visit PoisonPapers.org.