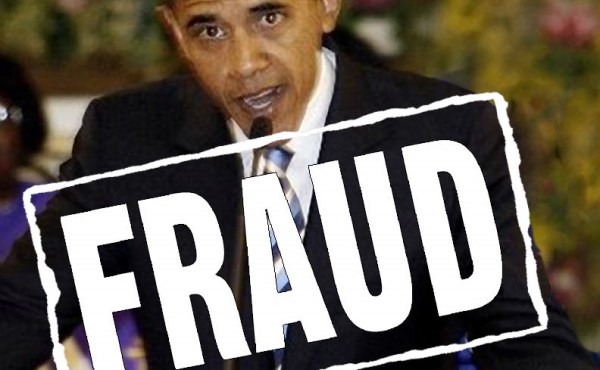 The debate is settled and the damage is done. But who thinks Obama was eligible to be president?

Even President Donald Trump questioned Obama’s citizenship in 2014 by offering $50 Million to see his college records, but Obama never responded to his offer. Nothing has been done to this point.

And sadly, nothing ever will.

Let me show you today how Congress protected him from both sides of the aisle and guaranteed the debate would never go too far.

In 1975 a representative named Joe Bingham introduced an amendment to remove the “natural born citizen” constitutional requirement to become President.

Because it was not until almost 30 years later that the issue would be addressed again. And it was not addressed only once, but multiple times. This is all part of congressional record.

Remarkably, it just so happened to coincide with the meteoric rise of a man named Barack Obama who would benefit greatly from the happenings by gaining his spot in the Oval Office.

I am about to share with you a brilliant piece of research from the Article II Political Action Committee. After reading it the foremost question on my mind is, “If the natural born citizen definition only requires one citizen parent then why did they seemingly try so hard to change the law for Barack Obama?”

There are multiple links to official congressional documents throughout, contained in the research below, so I would urge you to draw your own conclusions.

But from my point of view this research either strongly, or at least partly, validates the following conclusions:

It appears to have worked.

Below is a lengthy excerpt from “Article II Facts” hosted on the site of the Article II Political Action Committee. If you like what you read, I would encourage you to consider a donation to their cause.

Let’s take a trip back through recent history:

The effort to remove the natural-born citizen requirement from the U.S. Constitution actually began in 1975 – when Democrat House Rep. Jonathon B. Bingham, [NY-22] introduced a constitutional amendment underH.J.R. 33: which called for the outright removal of the natural-born requirement for president found in Article II of the U.S. Constitution – “Provides that a citizen of the United States otherwise eligible to hold the Office of President shall not be ineligible because such citizen is not a natural born citizen.”

Bingham’s first attempt failed and he resurrected H.J.R. 33: in 1977 under H.J.R. 38:, again failing to gain support from members of congress. Bingham was a Yale Law grad and member of the secret society Skull and Bones, later a lecturer at Columbia Law and thick as thieves with the United Nations via his membership in the Council on Foreign Relations.

Bingham’s work lay dormant for twenty-six years when it was resurrected again in 2003 as Democrat members of Congress made no less than eight (8) attempts in twenty-two (22) months, to either eliminate the natural-born requirement, or redefine natural-born to accommodate Barack Hussein Obama II in advance of his rise to power. The evidence is right in the congressional record…

2. On September 3, 2003, Rep. John Conyers [MI] introduced H.J.R. 67: – “Constitutional Amendment – Makes a person who has been a citizen of the United States for at least 20 years eligible to hold the office of President.” – Co-Sponsor Rep Sherman, Brad [CA-27]

4. On September 15, 2004 – as Barack Obama was about to be introduced as the new messiah of the Democrat Party at the DNC convention, Rep. Dana Rohrabacher [CA-46] introduced H.J.R. 104: – “Constitutional Amendment – “Makes eligible for the Office of the President non-native born persons who have held U.S. citizenship for at least 20 years and who are otherwise eligible to hold such Office.”  – No co-sponsors.

5. Again on January 4, 2005, Rep John Conyers [MI] introduced H.J.R. 2: to the 109th Congress – “Constitutional Amendment – Makes a person who has been a citizen of the United States for at least 20 years eligible to hold the Office of President.” – Co-Sponsor Rep Sherman, Brad [CA-27]

6. Rep Dana Rohrabacher [CA-46] tries again on February 1, 2005 in H.J.R. 15: – “Constitutional Amendment – Makes eligible for the Office of the President non-native born persons who have held U.S. citizenship for at least 20 years and who are otherwise eligible to hold such Office.” – No Co-Sponsor

8. All of these efforts failing in committee and the 2008 presidential election looming with an unconstitutional candidate leading the DNC ticket, Democrat Senator Claire McCaskill, [MO] tries to attach the alteration to a military bill in S.2678: on February 28, 2008 – “Children of Military Families Natural Born Citizen Act – Declares that the term “natural born Citizen” in article II, section 1, clause 5 of the Constitution, dealing with the criteria for election to President of the United States, includes any person born to any U.S. citizen while serving in the active or reserve components of the U.S. armed forces.” – Co-Sponsors DNC Presidential candidate Sen Clinton, Hillary Rodham [NY]; DNC Presidential candidate Sen Obama, Barack [IL]; Sen Menendez, Robert [NJ]; Sen Coburn, Tom [OK] – (This was the first effort to also assure that GOP Presidential candidate Sen. John McCain [AZ] would be cleared to run against the DNC primary victor.)

From June 11, 2003 to February 28, 2008, there had been eight (8) different congressional attempts to alter Article II – Section I – Clause V – natural born citizen requirements for president in the U.S. Constitution, all of them failing in committee — All of it taking placing during Barack Obama’s rise to political power and preceding the November 2008 presidential election.

In politics, there are no coincidences… not of this magnitude.

Finally on April 10, 2008, unable to alter or remove the natural born citizen requirement to clear the way for Barack Obama, the U.S. Senate acts to shift focus before the election, introducing and passing S.R.511: – declaring Sen. John McCain a “natural born citizen” eligible to run for and hold the office of president. There was never any honest doubt about McCain, the son of a U.S. Navy Commander. The Sponsor of the resolution is Democrat Senator Claire McCaskill, [MO]

The U.S. Constitution is not a dictionary. The definition of “is” is not in the constitution either. Yet this is the text that would later be issued in Congressional Research Service talking points memos distributed to members of congress, to protect an individual that all members of congress know and understand to be an “unconstitutional” resident of the people’s White House – Barack Hussein Obama II.

The press would not ask any questions and the American people were already too ill-informed of their constitution to know or too distracted by daily life to care. The press would provide the cover, swearing to the lies of an unconstitutional administration put in power by criminal actors focused only on their lofty political agenda of forever altering the American form of government.

The people would be caught up in a steady diet of daily assaults on their individual freedom and liberty and overlook the most obvious constitutional crisis in American history, the seating of an unconstitutional and anti-American president. [SOURCE CREDIT]

There you have it. Make of this what you will.

It raises many questions.

Would people like Claire McCaskill and Hillary Clinton really come to John McCain’s aid if they did not have an ulterior motive?

Why were people like Inhofe, Issa, and Rohrabacher either sponsoring or co-sponsoring these pieces of legislation? After all, these men were later three of Obama’s biggest critics. We heard lots of threats and promises from them that yielded no results. Could it be that these men are just more shining examples of “all bark and no bite”? (See Definition of “Smoke and Mirrors“)

If it is true that the definition of “natural born citizen” only involves having one citizen parent then why all the fuss?

Obama, questionable Hawaii birth certificate and all, met the requirement of one American citizen parent. Maybe the truth is that it takes more than that and Congress knew it.

So why was nothing ever done?

Keep searching and settle for nothing less than the truth.