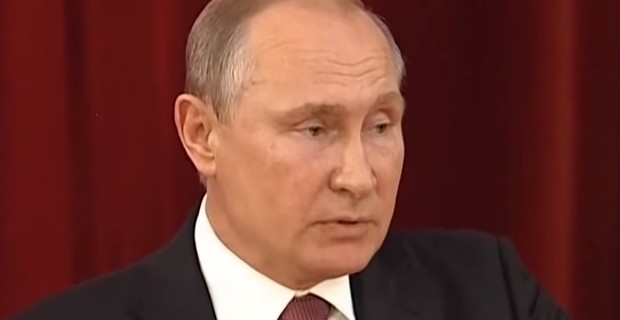 “Powerful forces” within the United States are aggravating tensions between America and Russia at the expense of their own national interests, according to President Vladimir Putin.

During his speech in front of Russia’s Ministry of Foreign Affairs, Putin identified, “Forces in the United States that are willing to sacrifice Russia-US relations to promote their ambitions amid the domestic political strife in America.”

“They are ready to sacrifice the interests of their businesses, which are losing multimillion dollar contracts and the Russian market in general, as well as jobs in the United States, even though not many, but still there are jobs in place as part of cooperation with Russia. We are talking about tens of thousands, potentially hundreds of thousands, of jobs,” he added.

The Russian President went on to specify that even though these forces are inside America, they are working against the interests of their own country.

“When I spoke about these forces, you know, this does not fit our political philosophy, because we have always been taught that officials working in the interests of the state, of society must think above all about and give priority to these fundamental interests. Unfortunately, there are forces in the United States that put their narrow group and party interests before national ones,” said Putin.

“They are powerful and strong people who can shove…. unbelievable and illogical stories in the face of millions of their citizens,” he added.

Putin’s reference to “powerful forces” that don’t even represent the interests of their own country is obviously a reference to the same deep state and the military-industrial complex that is at war with Donald Trump.

The Russian President’s comments echo those of former Congressman Ron Paul, who earlier this week blamed the “secret government” for fanning the flames of hysteria over Trump’s meeting with Putin.

Having once been at least somewhat in line with the interests of the global elite, Vladimir Putin and Russia are now very much diametrically opposed to the new world order.

This has been the case since at least 2014, when top U.S. diplomat Christopher R. Hill said that Russia’s response to the Ukraine crisis meant that Moscow had betrayed the “new world order” it had been a part of for the previous 25 years.