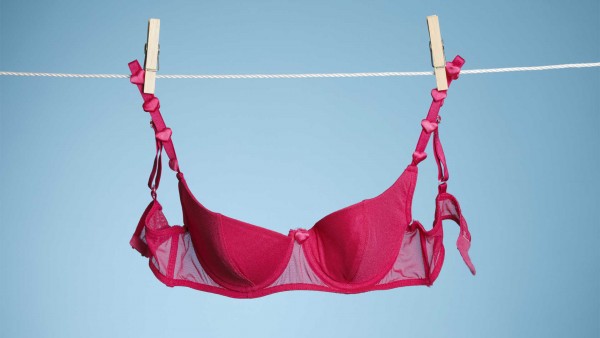 (Natural News) Half of American women who undergo bilateral mastectomy after genetic testing for breast cancer do not carry cancer-causing genes at all, a study revealed. The number of women undergoing preventive mastectomy reached exponential proportions following Angelina Jolie’s highly-publicized decision to remove both of her breasts in 2013. According to health professionals, millions have already taken genetic testing. Surgeons have also noticed an uptick in women with newly-diagnosed breast cancer who proceed with mastectomy following genetic testing.

However, a team of researchers from the Stanford University School of Medicine, the University of Southern California, Emory University, and the Memorial Sloan-Kettering Cancer Center cautioned that the procedure might be unnecessary for half of these cases. As part of research, the research team examined more than 2,500 women with newly-diagnosed breast cancer and asked about their histories in genetic testing. The study showed that only 59 percent of patients who underwent genetic testing were found to be at risk of a dangerous mutation in a cancer-associated gene. Researchers also found that 25 percent of women underwent genetic testing only after they had mastectomy. However, researchers noted that half of these mastectomy patients could have forgone the procedure as they only exhibited variants of uncertain significance. The said gene variants are unclear in nature, and are often found to be harmless in the long run.

“Our findings suggest a limited understanding among physicians and patients of the meaning of genetic testing results. Clinical practice guidelines state that variants of uncertain significance should not be considered to confer high cancer risk, and that patients with these variants should be counseled similarly to a patient whose genetic test is normal. However, many of the physicians surveyed in our study stated that they manage these patients in the same way as they do patients with mutations known to increase a woman’s risk,” said lead author Dr. Allison Kurian in a public release issued in Med.Stanford.edu.

Increased understanding could have made a difference

The lack of expertise in interpreting genetic testing results may have greatly contributed to the rising number of unnecessary mastectomies, researchers said. According to the study, only 50 percent of women who received genetic testing discussed their results with a genetic counselor.

The study also revealed that physicians who treated fewer than 21 breast cancer patients were less confident in explaining genetic testing results to patients compared with those who treated 51 or more patients. In addition, the study showed that less-experienced physicians were more likely than seasoned doctors to order the genetic test without referring patients to a genetic counselor. Furthermore, less experienced physicians were less likely to delay surgery and wait for test results to make informed surgical decisions compared with their more experienced peers.

“We’re learning that clinicians’ knowledge of breast cancer genetics can be highly variable. It’s important for women at high risk of carrying a dangerous mutation to see someone with expertise in cancer genetics when planning their care. Unfortunately, in many cases genetic counselors may not be optimally integrated into the care of newly diagnosed cancer patients, making it difficult to rapidly triage these patients. Our study highlights the urgent need for improved patient access to cancer genetics experts, particularly genetic counselors, and for educating physicians about the appropriate use of genetic testing and interpretation of test results,” Dr. Kurian stated.

The findings were published in the Journal of Clinical Oncology.

Don’t let doctors bully you into a treatment that you don’t need. You can learn more when you visit Oncology.news.