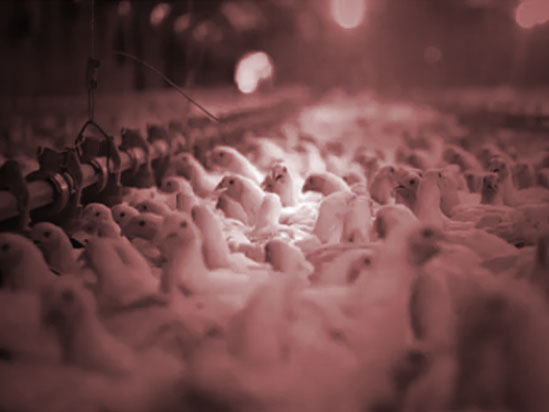 The effects of the Trump administration’s trade war are finally rearing their ugly heads.  There are now billions of pounds of chicken meat in warehouses in the United States with nowhere to go.

More than 2.5 billion pounds of meat and poultry produced by US farmers have been stockpiled in cold-storage warehouses with the amount expected to grow further, according to the latest federal data as reported by RT.  The good news is that this could drive down the prices of this meat for American consumers, but it also means other goods could become vastly more expensive in response. And eventually, those low prices won’t last as farmers increase prices to make up for their loss of sales overseas.

Earlier this year, China and Mexico, the largest foreign buyers of US meat, taxed American pork products in response to the tariffs imposed by the White House on steel, aluminum and some other goods. The measure made prices for US hams, chops and livers in those markets shoot upwards, reports Wall Street Journal.

“We’ve got too much capacity built in this industry if we’re not going to be exporting more product,” Ken Maschhoff, the chairman of Illinois-based hog-farming company Maschhoffs, told the media. –RT

The US Department of Agriculture expects the American meat industry to produce a record 102.7 billion pounds of meat in 2018. Plunging exports thanks to the trade war, along with increasing domestic stockpiles puts profits at risk for US meat processors, livestock and poultry producers. Trade risks and increasing meat supplies may lead to “one of the biggest corrections we’ve seen in the industry in several years,” said Christine McCracken, a protein analyst at Rabobank, as quoted by the media.

If you haven’t been following the trade war assuming it won’t affect you, perhaps now is the time to take an interest.