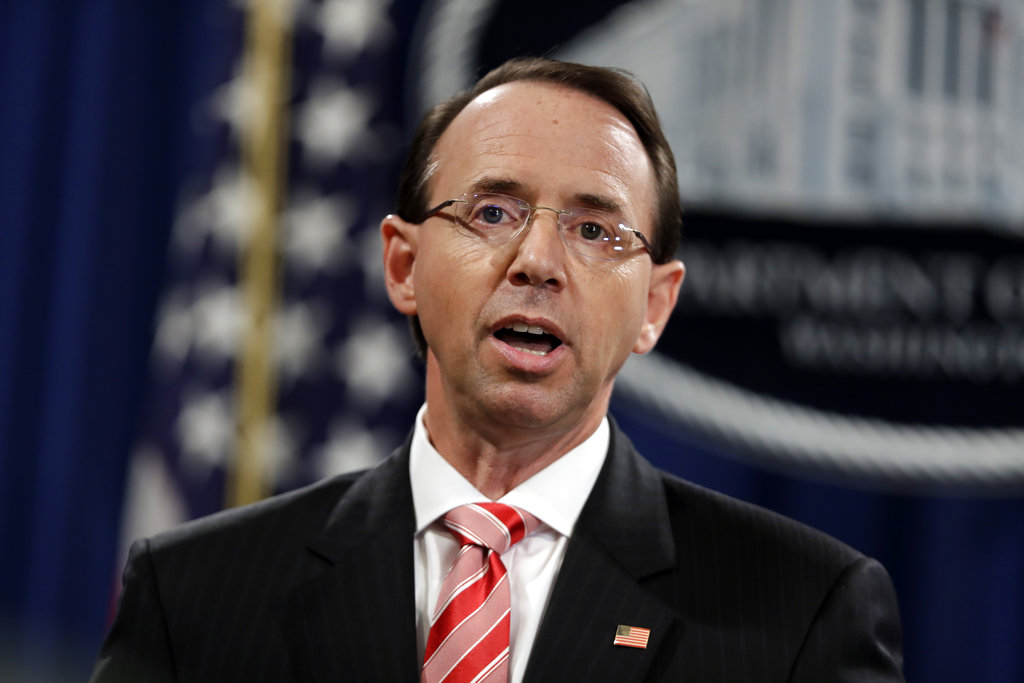 I just filed a resolution with @Jim_Jordan and several colleagues to impeach Rod Rosenstein. The DOJ has continued to hide information from Congress and repeatedly obstructed oversight–even defying multiple Congressional subpoenas.

We have had enough.

The introduction of the resolution is the latest sign of escalating efforts among conservatives to oust the DOJ’s No. 2 official.

Meadows, head of the House Freedom Caucus, made an official statement ,”For 9 months we’ve warned them consequences were coming, and for 9 months we’ve heard the same excuses backed up by the same unacceptable conduct. Time is up and the consequences are here. It’s time to find a new Deputy Attorney General who is serious about accountability and transparency…”

The announcement comes after several weeks without progress by investigators.

Perhaps no one summarizes the frustration more than Trey Gowdy, who resolutely told Rosenstein, “Whatever you’ve got, finish it the hell up.”

The Republicans promised they would impeach Rosenstein. Now we wait to see where it leads.

Is this just more theatrics?

The American people have grown very weary of that.