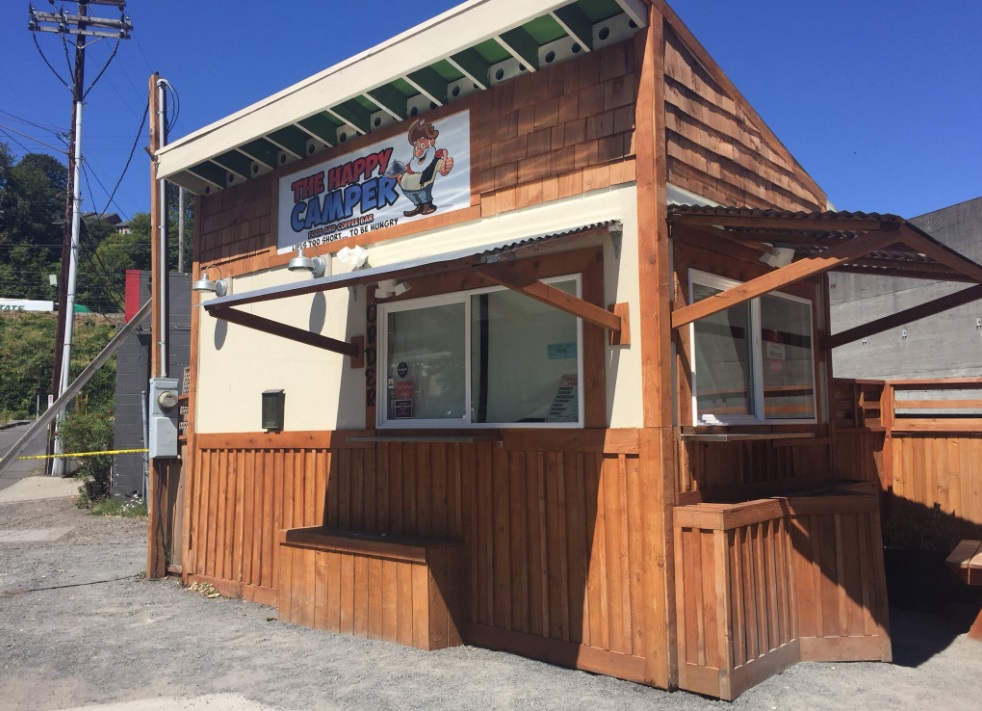 To paraphrase Michelle Obama, “When they enforce immigration laws, we threaten the daughter of formerly homeless food cart vendors whose proceeds fund the homeless.”

A Portland food cart is closing down following harassment and alleged threats of violence from protestors who objected to the business serving federal immigration agents.

Does it get worse? It’s the left. Of course, it gets worse.

Co-owned by couple Scott and Julie Hakes, The Happy Camper used to do steady business serving food to the federal agents who worked across the street. The two used the proceeds to help fund their non-profit Off The Grid, which supplies food and clothing to Portland’s homeless population.

Julie was initially supportive of the Occupy ICE protest when it started, according to comments she made the Willamette Week. But the Hakes’ attempt to “stay neutral and serve all who are hungry,” including ICE and other Department of Homeland Security (DHS) staff who share the Portland office space, provoked anger from some anti-ICE demonstrators, who reportedly threatened staff at the food cart for failing to get on board with the struggle.

Because not selling food to the ICE secretaries would completely shut down the organization. And there’s no way they would have been replaced by a Mexican food cart happy to sell food to ICE.

Video apparently taken by a female Happy Camper employee—and shared by a right-wing Twitter account—shows a demonstrator using a megaphone to call the staffer a “bitch” and accuse her of laughing at the victims of U.S. immigration laws.

If you can’t successfully intimidate ICE personnel, you can always self-righteously terrorize random people. It worked for the Bolshies.

According to Scott Hakes, the last straw came when protestors threatened his 21-year-old daughter for serving food to a DHS employee. “If they catch her outside the cart, they’re going to hurt her. They’re constantly cussing at her and screaming at her,” he told KGW. According to the owners, protestors also threatened to burn down the cart.

It’s almost like the left is a bunch of deranged sociopathic little monsters who use their outrage tantrums to work out their inner demons while abusing anyone they can.

“It’s our passion due to the fact that Julie and I were both homeless in our past,” said Scott. “We had always said that if we ever get to the point where we could give back, we would.”