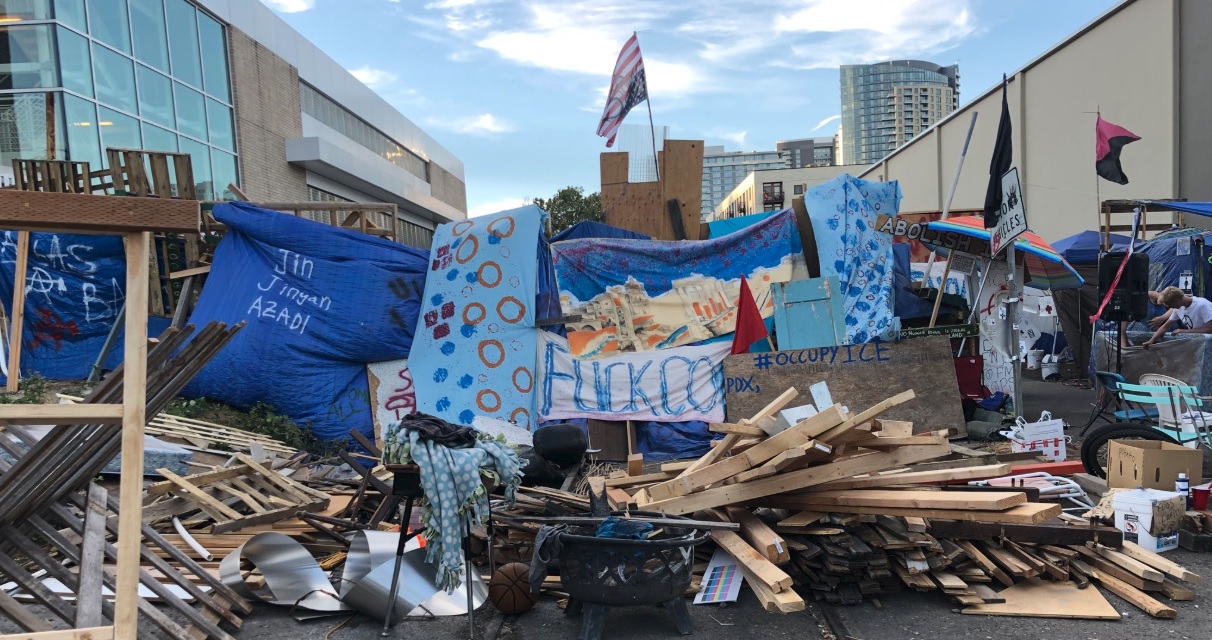 #AbolishICE is having a busy month. Besides being only slightly more popular with voters than Bernie’s plan to take everyone’s money and invest it in a Marxist organic lettuce commune, it’s managed to shut down a food cart that was helping the homeless, gain the undying support of Senator Kirsten Gillibrand (at least until she abandons it) and build a fortified encampment with its own laws and borders.

I just got back from the “abolish ICE” Portland camp. It’s become a sprawling parallel fortress society. The smell is memorable. Many rules (eg photography not allowed inside). pic.twitter.com/u1doewRaaZ

A bit of panic ensues when Portland Police finally go inside camp to post statements that space will be cleared. I followed them. pic.twitter.com/4EqNnljXHs

Yes. The “no borders, no wall” protest camp against ICE indeed has borders and a wall. https://t.co/VskLQyv7no

To no one’s surprise, #AbolishICE is just Occupy Wall Street which was just every dirty, smelly commune full of trustafarians dating back to the sixties.

Also, a useful reminder that the loves borders and rules, as long as it gets to decide who should be inside.