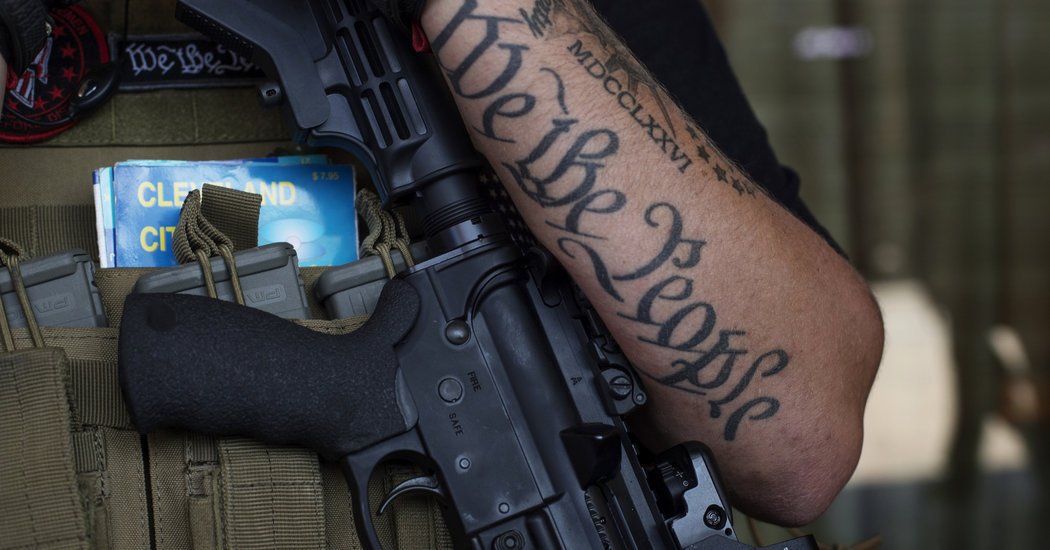 Yes, the circuit court known to be one of the most liberal in the country ruled that the right to keep and bear arms in public is protected under the Second Amendment.

The ruling struck down a lower court’s ruling that the Constitution only protects the right to keep and bear arms at home.

“Analyzing the text of the Second Amendment and reviewing the relevant history, including founding-era treatises and nineteenth century case law, the panel stated that it was unpersuaded by the county’s and the state’s argument that the Second Amendment only has force within the home,” the ruling stated.

The ruling overturned Hawaii had overstepped its bounds of authority by regulating possession of guns outside the home.

The three judge panel, in a 2-1 decision on Tuesday, ruled that Hawaii had infringed on the rights of plaintiff George Young protected under the Second Amendment because they denied him a permit that the state requires to open carry in public.

“We do not take lightly the problem of gun violence,” Judge Diarmuid O’Scannlain wrote in Tuesday’s ruling. “But, for better or for worse, the Second Amendment does protect a right to carry a firearm in public for self-defense.”

Two of the three judges — who were both appointed by Republican presidents — ruled against a lower court upholding the restriction.

In his dissent, Judge Richard Clifton said states have “long allowed for extensive regulations of and limitations on the public carry of firearms,” the order said.

“We are disappointed in the decision that would undermine Hawaii’s strong gun control law and our commitment to protect the public,” Hawaii Attorney General Russell Suzuki said in a statement. “But we note that Judge Clifton filed a well-reasoned dissent supporting the constitutionality of this law. We intend to consult with Hawai‘i County and work with them on further action.”

It’s the second time this month that the three-judge panel issued a pro-Second Amendment decision, after backing a lower court’s decision last week to suspend California’s ban on the possession of large magazines.

The Second Amendment gives zero authority to restrict or regulate arms.  It does give authority to regulate the militia, but that is completely separate from the God-given right to keep and bear arms.

The U.S. Supreme Court struck down gun ownership bans in the District of Columbia and Chicago in 2008 and 2010, but has been reluctant in recent years to take on such cases, turning away challenges to gun restrictions.

Judge Richard Clifton noted in his dissent that several appeals courts have come down on different sides of whether guns can be openly carried in public, saying: “There is no single voice on this question.” He suggested the Supreme Court will inevitably have to weigh in.

Clifton, who like the other judges was appointed by a Republican president, criticized the majority for going “astray in several respects” and disregarding that states such as Hawaii have long regulated and limited the public carrying of guns, which he said did not undermine the core of the 2nd Amendment.

The obvious thing that comes to my mind in this is that if they acknowledge it is a right to carry open in public, then by following that logic, one does not need permission from the state to carry open, or concealed, in public.  It’s a right.

Shari Dovale makes a point that this is the exact opposite claim of the prosecutors in the Bundy Ranch trial.

However, this is in direct contradiction to the prosecution’s arguments throughout the US v. Cliven Bundy et al case.

During the first Bunkerville trial, Judge Gloria Navarro said that anytime a person is open-carrying a weapon and a law enforcement officer happens to see that weapon, then that is evidence of a threat to the officer and is considered assault.

This is inconsistent to the US Constitution’s Second Amendment, and the State laws of Nevada, as well as numerous other states, which allow for the open carry of firearms.

Additionally, just last week, on July 18th, AUSA Daniel Scheiss argued during the sentencing hearing for Micah McGuire that just the act of having a holstered weapon in public constitutes an act of violence.

The Federal Court system seems to be proving that they are not about enforcing the law. They are attempting to “Legislate from the Bench” or make law that suits them.

It’s time this issue was resolved, but for many of us it is resolved in the words “shall not be infringed.”  Sadly, even some who claim to be Second Amendment supporters don’t believe that and are happy to have the state regulate firearms and their parts to some extent, and yes, even organizations that say they support the Second Amendment, like the National Rifle Association, have compromised our rights on many occasions.

We need for people to understand it is non-negotiable, inalienable, and given to us by our Creator.  Anyone who says otherwise does not understand the founders’ thoughts on this, the Declaration of Independence, the Bible or the Constitution.