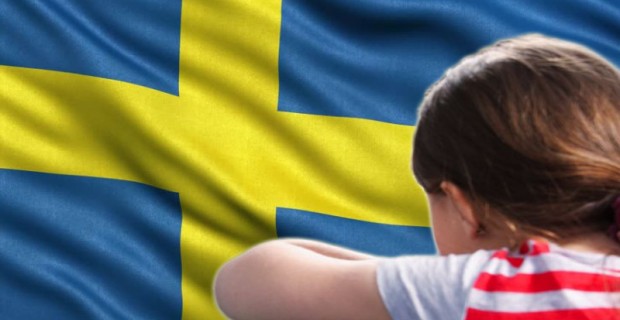 A girl at a school in Sweden had her pants pulled down and was threatened with rape because she didn’t look “Muslim enough.”

The girl has been awarded 2,000 euros in damages after being subjected to “gross harassment” by other students at the Johannes school in Malmo.

The victim was bullied, called a slut and in one incident had her clothing removed because she wasn’t dressed “Muslim enough,” according to the girl’s father, who also said that his daughter was called a “slut” and asked what her religious affiliation was.

Shockingly, the boys who abused the girl also bombarded her with threats that their fathers would rape her.

According to a report by Sydsvenskan, other children as young as 6-years-old were also beaten and harassed at the school, which refused to do anything about the bullying.

Thanks to an investigation by the Discrimination Ombudsman and Malmö Against Discrimination, the girl has been awarded damages and moved to another school.

As we have previously highlighted, bullying of non-Muslim students in schools heavily populated by migrant Muslim children is becoming a major problem across Europe.

A mother in Germany whose daughter was being bullied by Muslim students because she was blonde, Christian and didn’t wear a headscarf was toldby the headmaster of a school in Frankfurt to cover her up with a hijab.

Earlier this year, the President of Germany’s Teachers Association warned that anti-Semitic attacks and ISIS beheading videos were spreading like wildfire through German schools.

Heinz-Peter Meidinger said that the attacks on teachers were primarily driven by cultural and religious attitudes held by Arab and North African teens who do not respect women.

As we document in the video below, Europe’s desperate efforts to integrate migrants from Islamic countries who continue to arrive in large numbers are clearly failing.