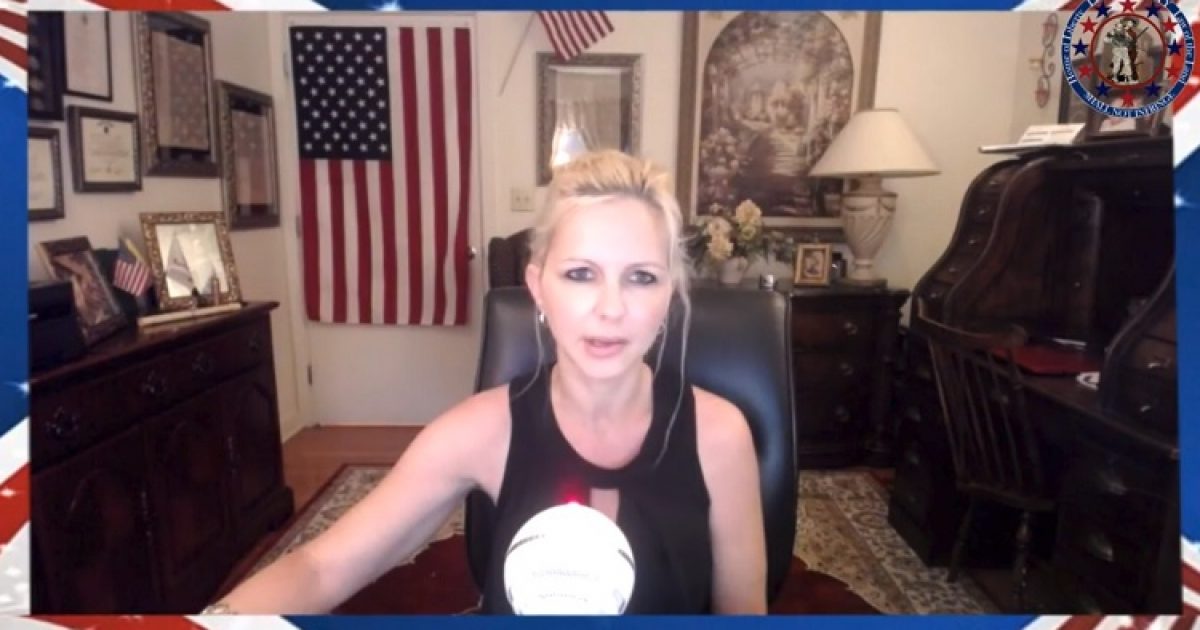 The jig is up for Facebook.  While it still remains a very large entity for sharing information, that information is constantly being censored.  However, on Tuesday of this week, Malena Chastain took to Facebook and exposed their hypocrisy concerning their claims of why they are censoring and shutting down pages, and it was brilliant!  She also invited people who have been discriminated against by Facebook to join her in a class action lawsuit against the social media giant.

“I am so done with the bias,” said Chastain, who works with Live4Liberty.com, a team that is “dedicated to the Patriot movement, bringing awareness to the PTSD epidemic and fighting hard for our Veterans.”

“You know, Facebook prides itself on being the moral police, the ‘fake news’ police,” she added before playing a clip of Facebook founder Mark Zuckerberg lying through his teeth before Congress.

Catch that exchange below right at the beginning of the video.

Zuckerberg claimed that in connecting people on Facebook, he was responsible for “making sure those connections were positive” and in creating a platform to give people a voice, Facebook believes that those voices aren’t being “used to harm other people or spread misinformation.”

Chastain totally demolished Zuckerberg’s lies, and yes, that’s what they are.  They are not untruths or misstatements.  They are lies.

She asked what Facebook deems misinformation?  Is it anything that doesn’t align with liberal ideology?  One would think so considering the amount of censorship that conservatives have received over the past couple of years.

“They fail to practice what they preach,” said Chastain.  “They don’t hold themselves to the same moral standards they so harshly judge all of us on.”

Chastain then went on to provide a couple of examples of Zuckerberg and the company’s hypocrisy, and they are big ones.

“Were they making sure Cambridge Analytica had a positive connection with that 87 million Facebook users when their information was stolen?” she asked sarcastically.

Boom!  Not if you ask the users.

She then pointed out another huge bit of hypocrisy on Facebook’s part by asking, again sarcastically, “did they make sure that no misinformation was being spread when they failed to notify those 87 million users that their data, profiles, pictures, conversations and friends were all being sold?  I would say no.”

Chastain then went on to elaborate more on Facebook.  I highly recommend hearing what she has to say.

She then declared she was searching for an attorney to represent her in a class action lawsuit against Facebook for discrimination and called on others to do so.

I can testify that I’ve spoken to some about it just to see if they were interested and the reality is that when you join their platform you are pretty much giving away the store.  Remember, Facebook is not restricted by the First Amendment.  That’s Congress.

While some have said anti-trust laws could be imposed to break Facebook up, I remind them that this is the internet.  It’s not like the breakup of AT&T and you separate the Bells in various regions of the country, which I don’t know really what good that’s done in the past few decades as they have pretty much gotten right back together.

However, I think in a free market, the best thing to do is for people to just abandon Facebook, stop giving them advertising dollars, or start up a new social media platform where the only person censoring anything is you.

Trust me, the only thing people like Zuckerberg understand is when you hit them in the wallet.  And that’s happening now.

On Thursday, it was reported that Facebook’s stock took a huge 20% dive, and I believe it’s only going to get worse for them.

They’ve been exposed for the Nazi-like, political hacks and censors they are.

As Pete Santilli, who is also looking into a class action lawsuit against Facebook, said in his morning update on Friday, don’t censor anyone and the opposition will be shown to be the party of wrong, whether they are Democrats or Republicans, Marxists or capitalists.

However, the moment you start censoring, all you are doing is amplifying a voice that cannot maintain its volume in the public square.

Santilli has also exposed how Facebook is not only censoring you, but is also turning over bulk data to the federal government without a warrant on millions of users.

The reality is that Facebook will eventually go the way of MySpace, but not for the reasons that MySpace basically imploded, but because they think they are everyone’s mom and dad and need to sanitize what you see, read and hear.  A lot of this probably comes from political pressure from without and within, seeing that Zuckerberg has installed dozens of ex-Obama & Hillary staffers in senior positions in his company.