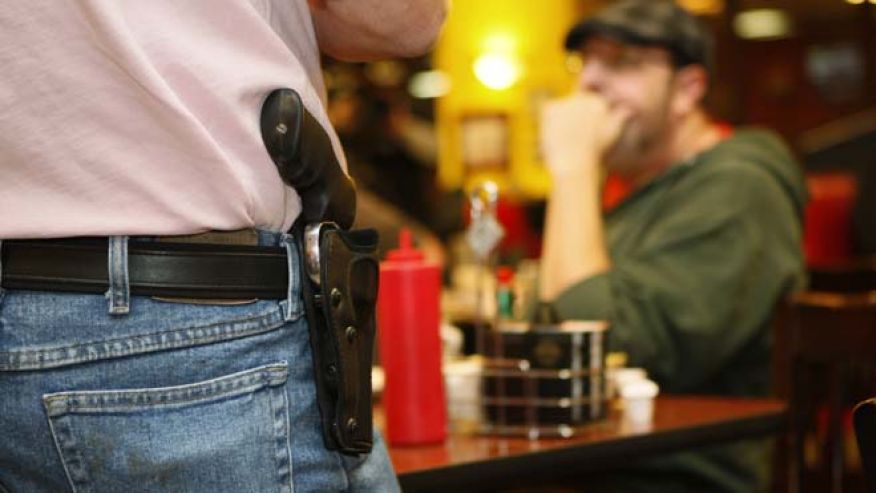 (Natural News) A three judge panel for the Ninth U.S. Circuit Court has ruled in favor of open carry firearms in all fifty states. Ninth Circuit Judge Diarmuid O’Scannlain wrote, “We do not take lightly the problem of gun violence. But, for better or for worse, the Second Amendment does protect a right to carry a firearm in public for self-defense.”

The ruling is a rebuttal to Hawaii’s discriminatory statute, which only allows for a concealed or open carry permit, if an individual can convince the local police chief that “urgency” or “need has been sufficiently indicated,” whereas the individual “is engaged in the protection of life and property.”

The original case was against George Young, a Hawaiian native who simply sought to protect himself outside of his home. Young was twice denied a permit to carry a firearmoutside his house. A discriminatory official repeatedly restricted George Young’s application, denying Young of the fundamental human right of self protection. A Hawaiian District Court ruled in favor of the official and proclaimed that the denial of a permit to carry did not infringe on Young’s Second Amendment rights.

Hawaii insists that open carry is only constitutional when the individual is in their own home. However, by requiring individuals to prove their need for personal protection with an authority figure, the statute favors law enforcement and discriminates against private individuals. This statute is similar to old laws that restricted African Americans from carrying firearms while giving preferential treatment to Caucasians.

The United States Court of Appeals for the Ninth Circuit disagreed with the Hawaiian District Court. The Ninth U.S. Circuit has appellate jurisdiction over many Western states, including but not limited to: Hawaii, California, Washington, Idaho, and Alaska. The right to defend oneself is not a privilege; it is a fundamental right. The appellate ruling paves the way for open carry in all fifty states. The ruling still faces challenges because it can be appealed again for an en banc hearing with the Ninth Circuit. All judges on the Ninth Circuit may weigh in on the issue. After that, the case could be taken to the U.S. Supreme Court, which is obligated to uphold open carry due to the language of the Second Amendment of the U.S. Constitution.

If the ruling stands, then no one will be required to seek a permit to carry a firearm in public. According to the Heller and McDonald case, the word “bear” in the second amendment implies an individual’s right to carry a firearm openly in public for self defense. Open carry cannot be restricted to a specific group of law abiding citizens. A security guard or police officer cannot be favored over private individuals who have no felony record, who have an equal right to defend themselves. An authority figure cannot stand in the way of one man’s need to protect himself outside of his home. As such, the Hawaiian statute “amounts to a destruction” of a core right, as affirmed by the Ninth U.S. Circuit Court.

To stay informed on court rulings involving the fundamental right of self protection, visit SecondAmendment.News.