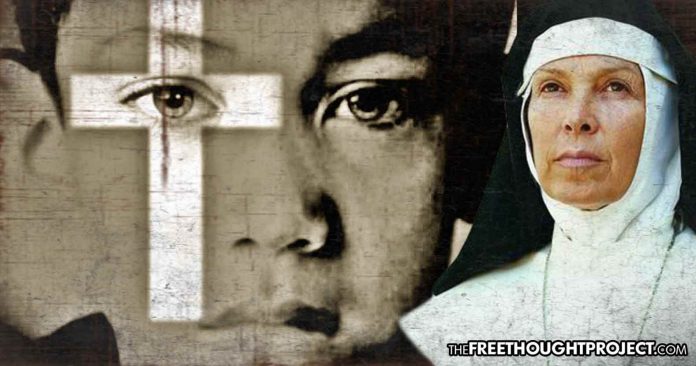 As the #MeToo movement exploded last year after Hollywood elites were outed as pedophiles and rapists, the Catholic church remained entirely silent. Despite rampant abuse allegations, top church officials being investigated, and countless alleged victims coming forward, the Vatican remained out of the spotlight of the #MeToo movement — until now.

What sets this apart from previous allegations against the church is the fact that the first time the #MeToo movement has hit the Vatican, it was brought by nuns.

An examination by the AP shows that cases of abused nuns have emerged in Europe, Africa, South America and Asia, demonstrating that the problem is global and pervasive, thanks to the sisters’ second-class status in the church and their ingrained subservience to the men who run it.

Yet some nuns are now finding their voices, buoyed by the #MeToo movement and the growing recognition that even adults can be victims of sexual abuse when there is an imbalance of power in a relationship. The sisters are going public in part to denounce years of inaction by church leaders, even after major studies on the problem in Africa were reported to the Vatican in the 1990s.

“It opened a great wound inside of me,” one nun told the AP. “I pretended it didn’t happen.”

Breaking her silence after nearly two decades, one nun told the AP that while she was in confession, the priest she was telling her sins forced himself on her — mid-sacrament.

The nun explained that only one year later, another priest did the exact same thing. She told the AP that should could no longer go to confession for fear that she’d be raped by priests.

According to the AP:

The extent of the abuse of nuns is unclear, at least outside the Vatican. However, this week, about half a dozen sisters in a small religious congregation in Chile went public on national television with their stories of abuse by priests and other nuns — and how their superiors did nothing to stop it.

A nun in India recently filed a formal police complaint accusing a bishop of rape, something that would have been unthinkable even a year ago. And cases in Africa have come up periodically. In 2013, for example, a well-known priest in Uganda wrote a letter to his superiors that mentioned “priests romantically involved with religious sisters” — for which he was promptly suspended from the church until he apologized in May.

“I am so sad that it took so long for this to come into the open, because there were reports long ago,” Karlijn Demasure, one of the church’s leading experts on clergy sexual abuse and abuse of power, told AP in an interview.

However, as TFTP reported, many of these high level clergymen are complicit in not only the rape of women, but children too.

As TFTP pointed out last week, America’s top Cardinal, Father Theodore E. McCarrick began abusing “James” in 1969 when the now 60-year-old man was just 11. James told the New York Times that McCarrick was a family friend and started grooming him following a swim in the family’s pool. Apparently pretending to be looking for the bathroom, McCarrick, who was already a priest, came into his bedroom, took his clothes off, exposed himself to the boy and said:

James contends that was the beginning of the abuse he experienced at the hands of a pedophile—abuse which went on for 20 years. Reportedly fighting through tears to tell his story, James no longer feels alone, and his secret is similar to the stories of others. He doesn’t have to continue to live in silence. Following the revelation that McCarrick abused a 16-year-old boy in 1971, James said he was relieved.

I got down on my knees and I thanked God that I am not alone and it is going to be O.K….And I can tell somebody and someone is going to believe me.

According to the explosive report, James told his parents what happened between him and “Uncle Ted” but was not believed. Still, the family moved to California where Father McCarrick would frequently visit the family. The Times reported:

Hopefully, as the #MeToo movement grips the church, the abusers will be gradually outed from the ranks. However, if history is any indicator, the it will be a long time before the full scope of the abuse is uncovered and eliminated.