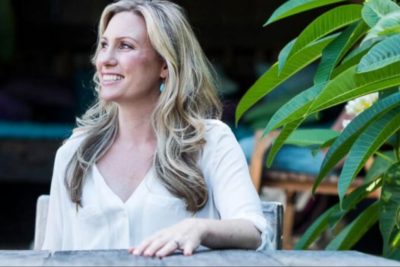 The Star Tribune reported Monday that “relatives of a Minneapolis woman who was fatally shot by a police officer responding to her 911 call have filed a federal lawsuit claiming the officer who fired and his partner conspired to cover up evidence by not turning on their body-worn cameras and later hiding behind a ‘blue wall of silence.’”

There is ample reason to support the claims in this suit, which is seeking more than $50 million in damages.

Justine Ruszczyk Damond called 911 in Minneapolis in July 2017 to report what she thought might be a rape; when police arrived, she approached the police car, and Muslim Minneapolis police officer Mohamed Noor shot her dead. After that, Noor refused for months to be interviewed by investigators, although he spoke to friends about what happened and why. The more Noor and those who know him spoke, the more it became clear: he didn’t act in self-defense, as he has implausibly claimed.

Mohamed Noor is a Somali Muslim. He was the first Somali Muslim on the Minneapolis police force. In 2016, Minneapolis Mayor Betsy Hodges expressed her excitement about that fact: “I want to take a moment to recognize Officer Mohamed Noor, the newest Somali officer in the Minneapolis Police Department. Officer Noor has been assigned to the 5th Precinct, where his arrival has been highly celebrated, particularly by the Somali community in and around Karmel Mall.”

Hodges wasn’t excited because Mohamed Noor had the skills necessary to become a fine police officer. She was only excited because he represented a religious and ethnic that she was anxious to court. And it became increasingly clear, as we learned about Mohamed Noor’s nervousness and jumpiness and lack of respect for women, and from his own account of events that he relayed to friends (that he was “startled” and reacted by opening fire), that Mohamed Noor was not cut out to be a policeman. He did not have the temperament for it.

So why was he on the force at all? Because he was the first Somali Muslim on the Minneapolis police force. He was a symbol of our glorious multicultural mosaic. He was a rebuke to “Islamophobes” and proof that what they say is false. Minneapolis authorities placed a great deal of faith in Mohamed Noor. He was for them the triumph of diversity, the victory of their worldview. But he has let them down.

Mohamed Noor is clearly a trigger-happy, panicky, reckless individual who held his job not because he was fit for it, but because of what he symbolized. And in the wake of his failure, Minneapolis multiculturalists made no effort to reconsider the errors of judgment that led to Noor being hired as a policeman in the first place. On the contrary, they doubled down. Hodges immediately recognized — as authorities do everywhere after jihad attacks — that the real victim was not the woman who was killed, but the Muslim community. She should have issued a statement saying that she recognized that Mohamed Noor was not hired because he was competent, but because he was a Somali Muslim, and that she sees now that Leftist social engineering on the police force costs lives. She should have promised that from now on, police officers will be hired based on their fitness for the job, not their religion or ethnicity.

To the Somali community: I want you to know that you are a valued and appreciated part of Minneapolis. I stand with you and support you. The strength and beauty of the Somali and East African communities are a vital part of what makes Minneapolis so strong and beautiful. I am grateful to be your neighbor.

This week a Somali police officer, Officer Mohamed Noor, shot and killed a woman under circumstances we don’t yet comprehend. Justine Damond’s death was tragic and awful for everyone. And I want to be very clear that Officer Noor, a fully trained officer in the Minneapolis Police Department, won’t be treated differently than any other officer.

Justine’s death is a tragedy for our city. We cannot compound that tragedy by turning to racism, xenophobia, and Islamophobia. It is unjust and ridiculous to assert that an entire community be held responsible for the actions of one person. That will not be tolerated in Minneapolis. If you are experiencing discrimination, you can file a complaint at http://www.minneapolismn.gov/civil…/discrimination-complaint

Mayor Hodges saw her primary duty right after the killing of Justine Ruszczyk Damond to reassure Muslims and warn against “Islamophobia,” as if a non-Muslim police officer had shot an unarmed Muslim woman. But that’s not what happened. And in issuing this warning, Hodges was only reinforcing the false premises that led to the killing of Justine Ruszczyk Damond in the first place: the idea that Muslims are a victimized, persecuted community that needs special consideration, such that an incompetent Muslim police officer had to be hired. This just ensures that in the future, there will be more Justine Ruszczyk Damonds.