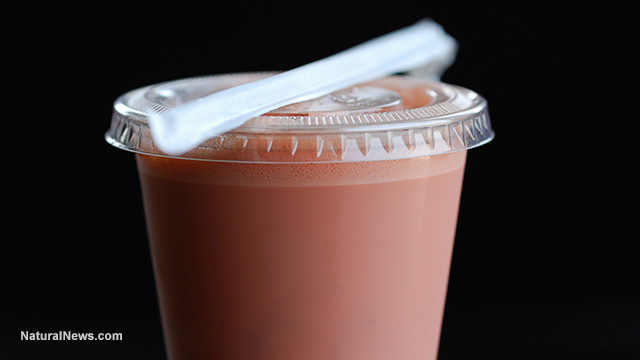 (Natural News) When it comes to California, left-wing regression knows no bounds. The coastal city of Santa Barbara recently banned plastic straws due to their negative effects on the environment. In what is probably the strictest ban on plastics in the United States, Santa Barbara officials passed legislation that not only authorizes steep fines for plastic straw-using violators, but even lists jail time as a possible punishment.

Only in California can you go to jail for offering restaurant patrons a straw. According to the ordinance, first-time offenders will be given a written warning. Second-time offenders will face steeper consequences. Based on the city’s municipal code, penalties for straw-peddling will include a “fine not exceeding one thousand dollars ($1,000), imprisonment for a term not exceeding six (6) months.”

The West Coast is home to many a plastic straw ban; the city of Seattle, WA, was the first city in the U.S. to ban plastic straws in early July. But in the Emerald City, a violation only warrants a $250 fine. California is not to be outdone in their regressive-progressive politics.

As detractors of the new bill are quick to point out, banning plastic straws is not likely to make a substantial dent in the growing problem of plastic waste. But for disabled people, the plastic straw ban could be quite an obstacle: Many disabled people rely on straws. And despite liberals’ cries about inclusion and tolerance, Santa Barbara’s straw ban bill failed to make any exceptions for people with disabilities.

Many other cities that have instituted straw bans have made sure that provisions for the disabled are made. While Santa Barbara did make a few cases for exemption, people with disabilities were not among them.

Writing for National Review, Katherine Timpf contended, “All things considered, this new ordinance isn’t going to be making a real dent in the problem it’s intended to solve — but it could create some harm,” noting further that “straw bans could end up having a negative impact on disabled people who cannot drink without them.”

For many disabled people, plastic straws are the safest, most affordable option for their needs. Advocates explain that reusable straws often come with drawbacks: Most are not flexible enough to be re-positioned as needed. Metal straws can get too hot or cause injury, glass straws are a safety risk as well.

There are many kinds of disabilities which may necessitate the use of straws: Parkinson’s disease, cerebral palsy, and strokes are just a few possibilities.

There is no doubt that single-use plastics are an environmental issue: Natural News has documented the problem of plastic waste extensively over the years. In fact, it was recently revealed that the trash islands dotting the Earth’s oceans have now reached the size of Mexico — an alarming find, to say the least.

But widespread straw bans aren’t necessarily the best way to correct this problem — and protecting the disabled isn’t the only reason why straw bans are controversial. To many, the ban on straws represents a bigger problem: Government overreach.

In response to the demands of the public, many business owners are already seeking their own alternatives. Starbucks has already promised to go straw-free, and Disney just announced that they will be eliminating plastic straws and stirrers at their theme parks. Banning straws is a tyrannical approach to saving the environment; education and consumer demand are alternate solutions to drive down the number of single-use straws getting put in the trash, without government involvement.

Plastic is a major problem, but going to jail for giving people plastic straws or facing $1000 fines seem like outrageous punishments. Protecting our environment is very important, but so is maintaining the rights of the American people — as is protecting them from tyranny.

Learn more about the health of our planet at Environ.news.