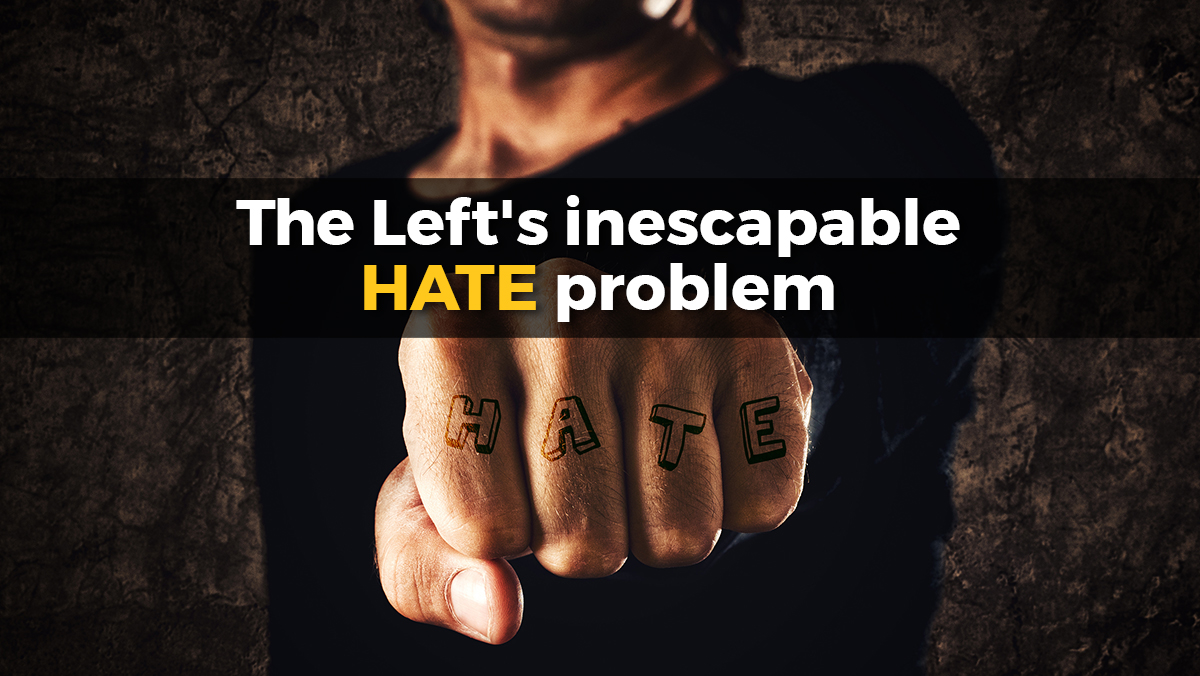 (Natural News) It’s not enough that the Left-wing establishment media mischaracterizes POTUS Donald Trump and all of his supporters as hateful, racist, bigoted Nazis; those on the perpetually triggered Left have to go to the extreme to “prove” those things, even if such “proof” is made up.

In recent days a waiter at a restaurant in Odessa, Texas named Khalil Cavil, 20, claimed that a patron at the Saltgrass Steak House where he works left him a note on the receipt that said, “We don’t tip terrorist.”

Cavil’s story went viral on social media (of course — which was the point) in which he claimed he was stiffed on a $108 meal and instead got the ‘hateful message.’

As reported by The Gateway Pundit, the story made local news, and Cavil went on TV to tell his story.

“I hope that the people who wrote me that note find Jesus and I hope that he can experience the same love that I’ve experienced from Jesus Christ,” he told KMID news.

"I hope that the people who wrote me that note find Jesus and I hope that he can experience the same love that I've experienced from Jesus Christ." Khalil Cavil is turning an incident meant to tear him down, into one that will build him up. https://t.co/qNKr2XFmJA

Wow, what a guy, huh? Such a humanist, rising above petty bigotry from a king-sized bigot in the red state of Texas, of course.

Except that Cavil fabricated the entire thing.

As the New York Post reported, the steakhouse owner followed up on the claim and found out it was all bogus. A hate hoax.

“After further investigation, we have learned that our employee fabricated the entire story,” Saltgrass Steak House COO Terry Turney said Monday in a statement to the Odessa American newspaper.

“The customer has been contacted and invited back to our restaurant to dine on us,” the statement continued. “Racism in any form is intolerable, and we will always act swiftly should it occur in any of our establishments.

Especially in today’s hyper-partisan political environment where the Left goes crazy every other day about something related to POTUS Trump and his supporters.

The last thing we need is hate-generating hoaxes

Restaurant executives said that Cavil, who is black, is no longer an employee. They did not, however, reveal they discovered that what he had done was fake — that is, after he posted the doctored meal receipt on his Facebook page claiming he was “inspired” to do so by Martin Luther King.

In the age of POTUS Trump such hate hoaxes have become commonplace:

— One of the first to go viral reportedly occurred the day president’s election victory in November 2016. A young Muslim woman who was attending the University of Louisiana at Lafayette faked a story that she was attacked, had her hijab torn off and her pocketbook stolen by two white men wearing Trump hats. She fabricated the story, police discovered.

— Another story from the day after Trump’s election victory claimed that Ku Klux Klan members from North Carolina held a victory march to celebrate. A grainy picture that began circulating on social media. Fake: The picture was of conservatives carrying American, Gadsden, and Christian flags.

— A 58-year-old black man wrote fake hate messages including “Trump rules” and “Black B*tch” on multiple vehicles and homes in Philadelphia after Trump won. Without a shred of evidence, the hard-Left and failing New York Daily News blamed it on Trump-supporting “Nazis.”

— In a reversal, meanwhile, in December 2016, investigative journalist Paul Sperry reported that some 2,000 educators around the country had already reported racist slurs and other derogatory language aimed at white students in the days after Trump’s election, but the Left-wing Southern Poverty Law Center and American Federation of Teachers (which formally endorsed Hillary Clinton) — which surveyed the teachers, never published the findings.

Hate hoaxes aimed at bashing conservative Trump supporters have become ‘a thing’ these days, but all they do is further inflame already sky-high tensions between Americans.

Read more about these Trump-related hoaxes at Hoax.news.