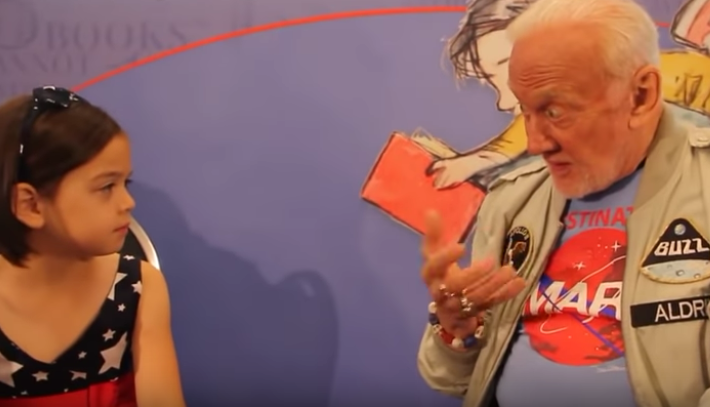 Former NASA astronaut and one of the first two humans to allegedly land on the moon Buzz Aldrin admitted to a young girl that NASA “didn’t go” to the moon and told her “it didn’t happen.”

In a video published on the ODD Reality Youtube channel on Wednesday a rather aged Buzz Aldrin can be seen telling a young girl a few secrets about the NASA space program and NASA’s missions to the moon.

The 8-year-old asked Aldrin: “Why has nobody been to the moon in such a long time?”

Aldrin replied: [chuckles] “That’s not an eight-year-olds question that’s my question […] we didn’t go there and that’s the way it happened and if it didn’t happen it’s nice to know why it didn’t happen.”

Several members of the famed astronaut’s family maintain Aldrin suffers from dementiawhich adds to the mystery.

Will we ever know the truth?