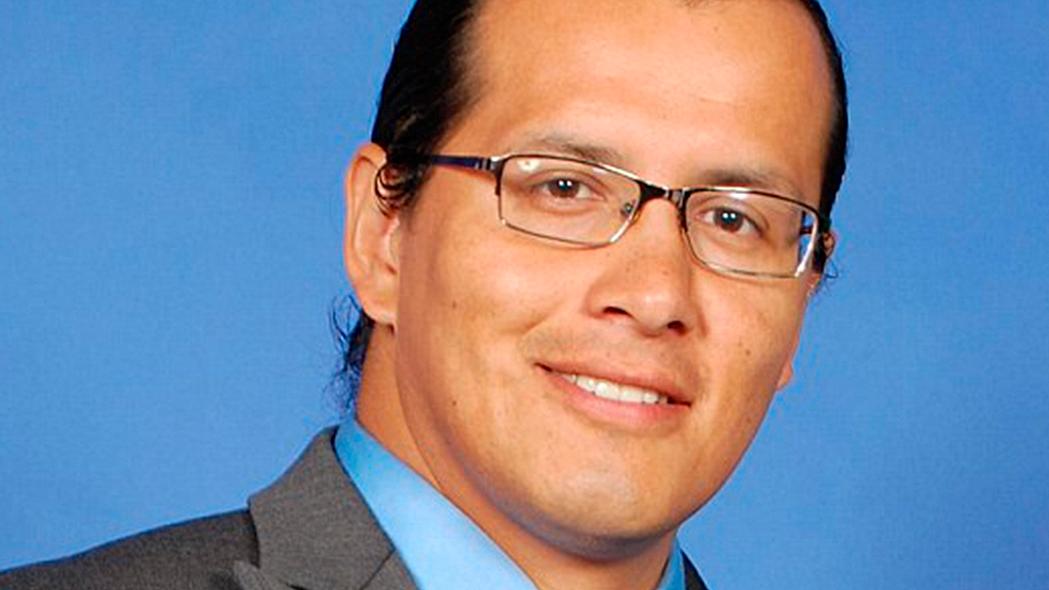 William Mendoza was a senior policy adviser in the Obama White House as  executive director of the Department of Education’s White House initiative on American Indian and Alaska Native Education.

The Initiative was the result of Obama’s Executive Order 13592, on December 2, 2011, Improving American Indian and Alaska Native Educational Opportunities and Strengthening Tribal Colleges and Universities. Located within the Department of Education, the Initiative “seeks to support activities that will strengthen the Nation by expanding education opportunities and improving education outcomes for all American Indian and Alaska Native (AI/AN) students.”

A married father of three, Mendoza belongs to the Oglala-Sicangu Lakota tribe and is a fixture of protests against the Dakota Access oil pipeline with his wife, Heather.  Appointed in December 2011 as executive director of the White House Initiative, Mendoza left his $140,000-a-year job in 2016.

As a result of a Freedom of Information Act (FOIA) request, we finally know why. He was arrested for following women on the DC Metro and taking pictures up their skirts!

Wills Robinson reports for the Daily Mail that in January 2017, William Mendoza, 42, a married father of three and a senior official in Obama’s Department of Education, pleaded guilty to attempted voyeurism for following women on the DC Metro and taking pictures up their skirts.

In November 2016, Mendoza stepped down from being the executive director of the White House Initiative on American Indian and Alaska Native Education, after he was arrested and charged for the “vile acts”.

According to Department of Education documents obtained by Daily Mailthrough a FOIA request, Mendoza tried to take photos and videos up women’s skirts at least four times on his government-issued iPhones in July 2016 without their consent. When he took the upskirt photos, he was supposed to be at work and was using a travel card funded by taxpayers. He was also caught on a DC subway platform watching a video, apparently filmed in secret, of a woman in her underwear in a dressing room.

Mendoza was caught on surveillance camera trying to take the upskirt pictures during an investigation by the Metro Police Transit Department (WMATA):

In August 2016, WMATA contacted the Department of Education to say they were investigating Mendoza. On November 25, before the Office of the Inspector General finished their probe into his conduct, Mendoza resigned from his White House job. Five days later, a detective from WMATA got a search warrant for Mendoza’s government-issued electronic items, including his laptop. He was arrested and charged with one count of attempted voyeurism, a misdemeanor.

On January 13, 2017, Mendoza pleaded guilty to one count of attempted voyeurism in the Superior Court of the District of Columbia and was given a 90-day suspended prison sentence as part of a plea agreement; one year’s probation and a $100 fine. In April 2017, the Department of Education’s Office of the Inspector General advised he should be barred from federal employment ‘due to suitability’. He has not worked in public office since stepping down.

This wasn’t the only time Mendoza came under scrutiny for his conduct during his time in office.

Barrett Dahl, 28, an autistic Native American, said that in October 2015, at a Native American gathering in Washington, DC, William Mendoza punched him and called him a “weetard” for wearing a Washington Redskins sweater.