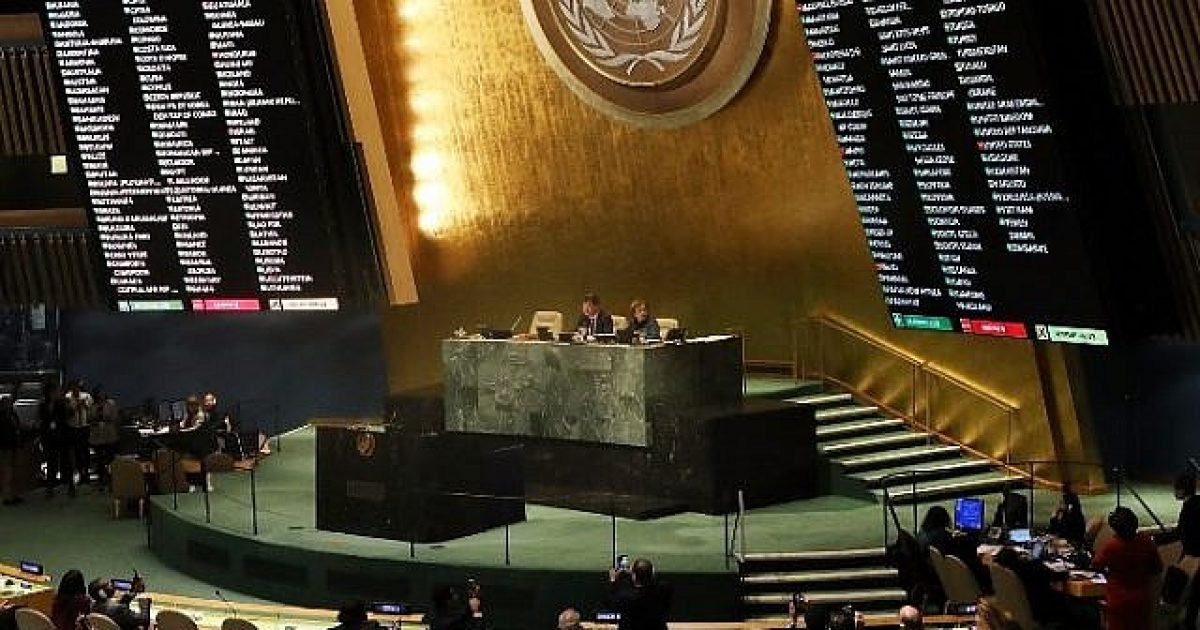 The UN has a very reliable model of begging the US for money while pandering to terrorists and dictators. This time, without the Nobel Peace Prize winner in the White House, it isn’t working.

United Nations Secretary-General Antonio Guterres says the U.N. is running out of money and is urging members to pay up amid a looming financial crisis for the international body.

In a letter to staff this week, seen by Fox News, Guterres says he has warned member states of a “troubling financial situation facing the United Nations,” which he says is caused by late payments to the U.N. by member states.

“Our cash flow has never been this low so early in the calendar year, and the broader trend is also concerning; we are running out of cash sooner and staying in the red longer,” he says.

Guterres went on to say that the organization will be taking measures to look at reducing costs, in a way that won’t affect their mission.

What mission? Eating out at expensive restaurants, molesting children and bashing Israel?

But the money really is running out.

Disputes between rich and poor nations at the UN’s flagship climate fund are intensifying as the money runs low.

A meeting of the Green Climate Fund (GCF) board in Songdo started unevenly on Sunday, as co-chair Paul Oquist was detained by political turmoil in Nicaragua, leaving Sweden’s Lennart Båge to run the session single-handed.

With developing countries complaining their priorities were not properly represented, it took nearly two days to agree on the agenda for the meeting.

“I have never served on a board that is this dysfunctional and toxic in my life,” said US representative Geoffrey Okamoto, as the discussion dragged on.

Not only is the eco-scam cash running out, but the terror cash is too.

Despite major fundraising efforts, UNRWA – the UN agency tasked with providing life-saving support to Palestinian refugees – is facing the “largest ever reduction in funding” in its history which is threatening the very existence of many of its critical assistance programmes.

“As we continue to pursue every avenue of support to overcome a severe financial crisis, UNRWA, its dedicated staff, and the refugees have only one option: to face up to this situation together and preserve the most important work we do,” said UNRWA Spokesperson Chris Gunness on Wednesday in a press statement.

So does this mean a 50% cut in Hamas missiles in UNRWA schools?

The horror. The humanity.