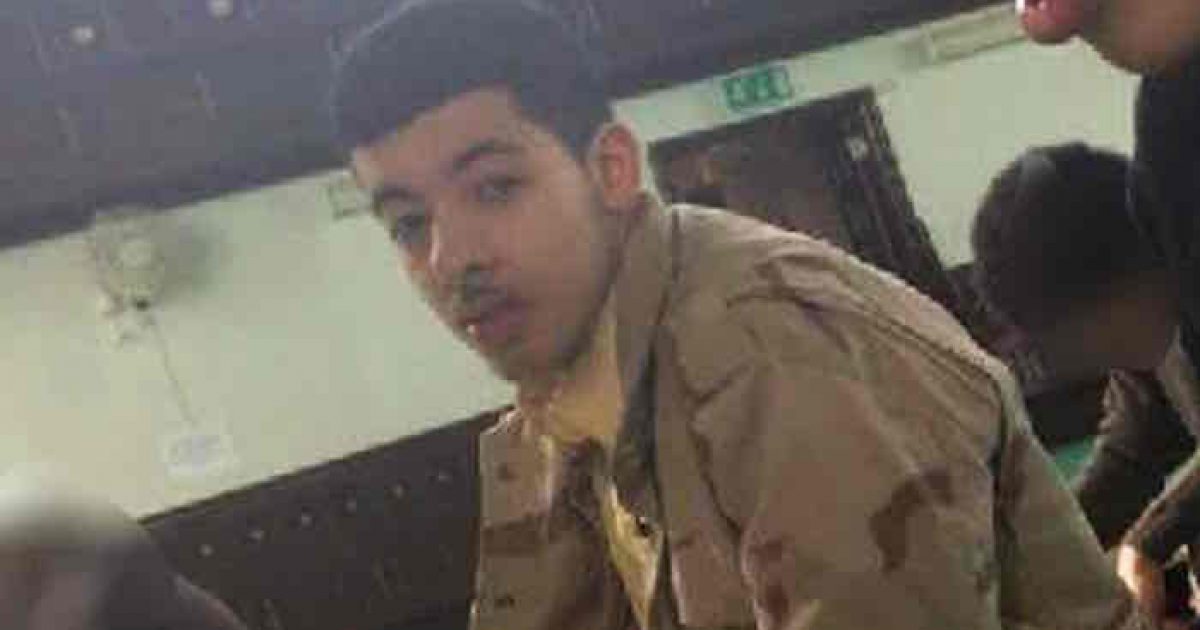 Here, in a nutshell, is why hearts-and-minds initiatives will never succeed in winning over Muslim countries as reliable long-term allies. As I show in my new book The History of Jihad From Muhammad to ISIS

, the jihad imperative to wage war against unbelievers is not canceled by the friendliness or helpfulness of those unbelievers.

“Act of betrayal: Manchester bomber was rescued by the Royal Navy from Libyan warzone and evacuated back to Britain – three years before he slaughtered 22 people at a pop concert,” by Larisa Brown, Daily Mail, July 30, 2018

The Manchester suicide bomber was rescued by the Navy from war-torn Libya three years before his pop concert atrocity, the Mail reveals today.

HMS Enterprise plucked Salman Abedi, then 19, from the Libyan coast and took him to Malta for a flight home to Britain in August 2014.

Last May he set off a bomb in Manchester Arena that killed 22, including seven children.

Abedi’s younger brother, Hashem, who is in jail in Tripoli facing trial over the attack, was also rescued by HMS Enterprise.

The pair had been caught up in fighting in Libya and were among more than 100 British citizens taken to safety.

Photographs released by Ministry of Defence officials at the time showed the group being brought on board the Navy vessel.

A Whitehall source said: ‘For this man to have committed such an atrocity on UK soil after we rescued him from Libya was an act of utter betrayal.’

The revelation will enrage families who lost loved ones in Abedi’s despicable attack. It is also likely to raise fresh fears over possible intelligence failures.

Abedi was known to the security services and was being monitored at the time of his trip to Libya. However, just one month prior to his rescue, MI5 closed his case as a result of mistaken identity.

The presence of the Abedi brothers among the 110 evacuees from Libya in 2014 was confirmed by family friends in Libya. One said: ‘They were sent together by the Royal Navy to Malta.’

Sources in London also confirmed Salman was on HMS Enterprise.

After being dropped off in Malta, Salman and his 21-year-old brother – the British-born sons of Libyan migrants – flew back to Manchester where they were living at the time.

Salman, who was on a gap year from Manchester College, went on to study business management at Salford University, before dropping out and descending into a fanatical spiral that culminated in last year’s suicide bombing at the age of 22.

The Abedi brothers shuttled back and forth between Manchester and Tripoli because their parents – Ramadan and Samia – had returned to Libya.

Ramadan is thought to have gone back in time for the 2011 revolution, allegedly fighting against the Gaddafi regime with the Libyan Islamic Fighting Group.

It is not certain whether the two brothers were with their father at the time of the revolution or instead in neighbouring Tunisia.

But they were on holiday in Libya in August 2014 when civil war fighting broke out and British officials offered to evacuate UK citizens.

The Royal Navy was tasked with picking them up, along with other British nationals, on a list provided to sailors.

By that time, the Foreign Office had already changed its official travel advice to warn Britons in Libya to ‘leave immediately by commercial means’ because of the fighting around Tripoli and the wider instability nationwide.

The advice said those unable to leave independently could seek ‘assisted departure’.

Senior security sources stressed they did not believe Abedi had been radicalised at the time of the Royal Navy rescue. He later became brainwashed after watching bomb-making videos on Google-owned YouTube and terror material on other internet sites, they believe.

A senior source told the Mail: ‘He was a British citizen so it was our job to safeguard him. Salman was one of many people in that mix and we absolutely had to evacuate him.

‘He was not a threat at the time and it was in a very different context.’

Other sources have claimed Abedi was on the front line and was hospitalised fighting alongside jihadis in Ajdabiya, eastern Libya….