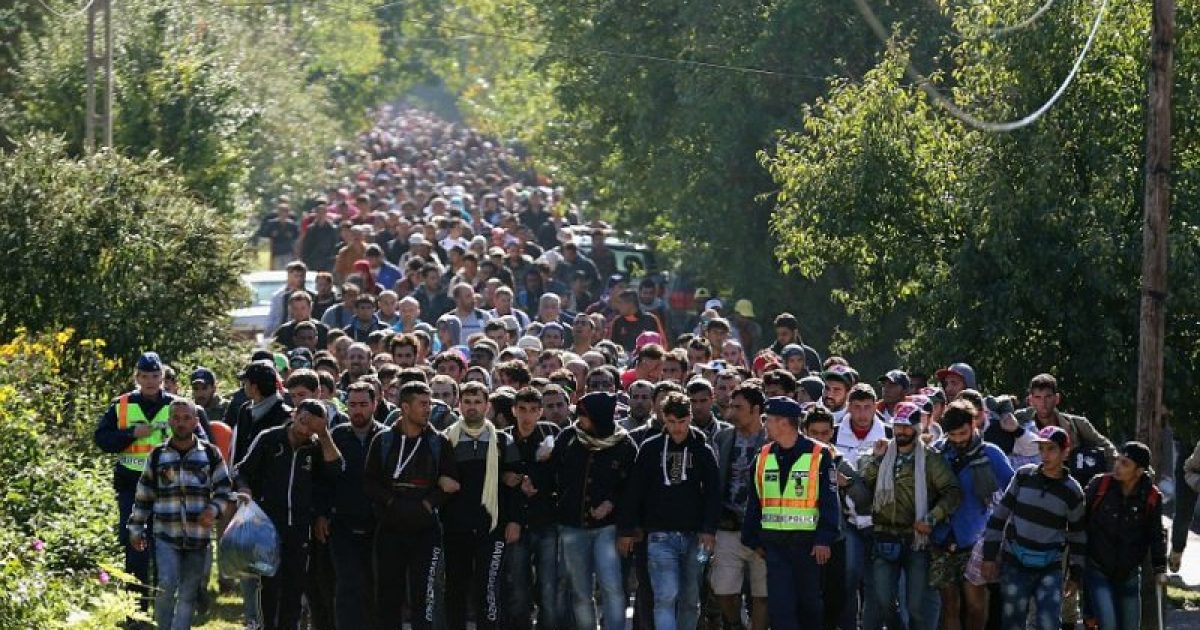 The sites I write for are already being targeted by Facebook and Google with demonetization and losing ranking in search engines, but I refuse to be silent when so much is at stake here.  Now, the United Nations, an anti-American, anti-Christian organization that has always been run by totalitarians, is now targeting media outlets that are exposing the truth about the invasion of Muslim migrants and the terror, crimes and violence they bring with them.

In the “Global Compact for Migration” letter, which was approved by 190 UN nations, states:

“Investing in ethical reporting standards and advertising and stopping allocation of public funding or material support to media outlets that systematically promote intolerance, xenophobia, racism and other forms of discrimination towards migrants, in full respect for the freedom of the media.”

) says that when someone says “with all due respect,” something disrespectful is about to follow.  This is the case with the Global Compact for Migration letter.

In fact, as long as you comply with the agenda and ideology of the UN, then you are just fine, not respected, just understood to be their useful idiot.  However, if you deviate from that, then you will discover that they are going to put pressure on advertisers and others to shut you down.

UN member states have recognised that an ethical approach to advertising has a key role in tackling xenophobia and promoting “evidence-based public discourse” around migration. By endorsing plans to end public funding for media outlets that promote xenophobia and racism, 190 out of 193 governments have agreed in principle to stop funding hate.

This has nothing to do with being xenophobes or racism.  It has to do with the ideology of the people they want to flood countries, namely the US.

As Biz Community reports, this all comes on the heels of a panel at the United Nations in Geneva.

In May 2017, the Stop Funding Hate campaign spoke on a panel at the United Nations in Geneva during the first “informal thematic session” of member states negotiating the UN Global Compact on Migration.

Last year we were pleased to highlight the excellent work of @slpng_giants at a UN conference in Geneva. Now #westandtogether with them as they face down violent threats simply for exercising their rights to peaceful protest & freedom of expression https://t.co/htimgCTdvC pic.twitter.com/ynge7GG7mR

The campaign had been invited to put forward ideas for ways that UN member states could tackle xenophobia. They made the case that:

“If we want to tackle xenophobia effectively then we have to talk to advertisers and encourage them to switch their advertising away from publications that demonise migrants… UN Member States can lead by example by publicly committing to the principle of ethical advertising – and ensuring that any government advertising campaigns are not channelled through media that have a track record of inciting hatred.”

This proposal received strong backing from member states during the meeting – with both Estonia and Belgium publicly expressing support.

Stop Funding Hate was subsequently invited to talk more about the idea at the November 2017 United Nations Global Forum on Business and Human Rights.

That month, Stop Funding Hate also gave a presentation at the International Parliamentary Union’s Migration Conference in Malta, where their proposition on ethical advertising was warmly endorsed by parliamentarians from several UN member states.

I ask you, who is really engaged in hate here?  Those that are pointing out the violent history of Islam

?  Those that document the violence, rape and other crimes of Muslim migrants?  Those that point out the injustice of Sharia these people bring with them to the countries they invade?

Or, are those who are demonstrating hate, the ones promoting that countries allow these Muslims into their countries to suck on the teat of their people, draining them of important resources, housing, welfare and other things, along with committing sometimes deadly crimes against them?

Since the Trump administration has taken several steps to cut funding to the UN in many areas, we should simply cut all funding to the UN and kick them off our soil.  A vast majority of Americans would support this effort, but for some reason, because it has been around a long time, people just think, like any other government program (which is what the UN is), it can just be fixed with the right ideas or more money.

The UN cannot be fixed because its foundations are corrupt.  They say with their mouth they are for rights, but they demonstrate in actions they are only about money and power, not rights.

This latest action demonstrates just that.