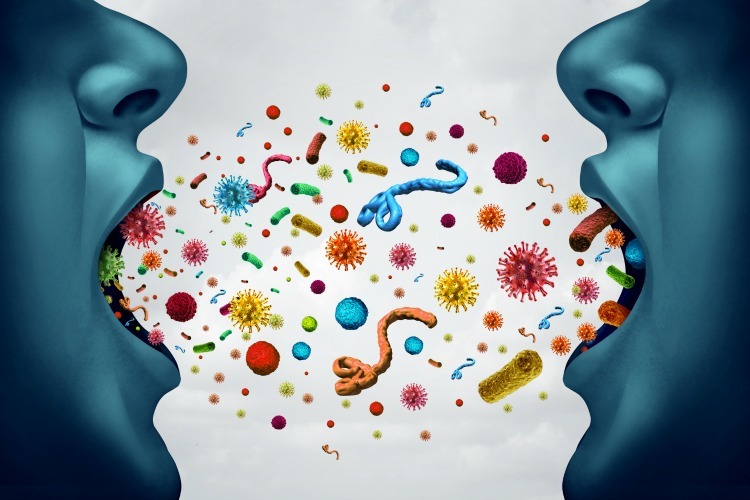 Earlier this summer, the Johns Hopkins Center for Health Security met in Washington DC with experts who have experience in the prevention of pandemic and roles in government to discuss Clade X, a virus with the potential to kill 900 million people.

The committee to advise the President first met approximately one month after the virus first appeared.

There had been more than 400 cases and 50 deaths so far, mostly split between Frankfurt, Germany, and Caracas, Venezuela.

Patients presented with fever, cough, and confusion. In a disturbing number of cases, encephalitis — swelling in the brain — caused patients to fall into a potentially fatal coma.

Researchers had been able to isolate what appeared to be a new pathogen, a disease-causing agent.

The virus seemed to be a new type of parainfluenza virus from a family of respiratory viruses that normally cause mild illnesses like the cold. Scientists studying the disease couldn’t identify where the virus fit in the parainfluenza family, so they referred to the pathogen as parainfluenza Clade X.

Health authorities said Clade X, which appeared to spread by coughing and to take up to a week before patients started showing severe symptoms, had pandemic potential.

The situation above is a simulation by Johns Hopkins University. They wanted to see how policy experts and the government would react in the event of a virus run amok. The players included people with real-world experience in making similar decisions.

Over the course of the simulation, John Hopkins demonstrated the ease with which a new virus could kill 150 million people within a year. But the creator of the exercise told Business Insider in an interview that he believes that number is low and that the real tally could be closer to 900 million deaths.

What is the Clade X virus?

Luckily, Clade X doesn’t exist. But, according to experts, it “could.” In fact, it was specifically created by Dr. Eric Toner to be as realistic as possible.

The imaginary virus is “moderately contagious and moderately lethal” and …”there are no effective medical countermeasures.” There is no vaccine for it because it was bioengineered and deliberately released by a cult.

The Clade X virus that Toner and colleagues used in the simulation was only moderately contagious and moderately lethal. It spread as easily and was about as deadly as SARS, which infected more than 8,000 between 2002 and 2003, killing about 10% of those infected .

The world was lucky SARS wasn’t worse. That virus wasn’t particularly contagious until people were already very sick. As a result, it spread more in healthcare settings, once patients had landed in clinics and hospitals. That limited the spread of SARS in broader public spaces.

There’s also evidence it mutated to become less virulent. SARS was stopped, but there was “a great deal of luck involved,” according to Toner. (source)

Although the virus in this simulation was manmade, Toner says that the response to this isn’t any necessarily different than what we’d be dealing with in the event of a pathogen that emerged naturally.

Here’s how the simulation went.

The simulation, which took a year to create, went like this:

The model assumes that the first cases of Clade X in the world are the result of deliberate attacks in the cities of Caracas, Venezuela, and Frankfurt, Germany. The number of people infected by the attack in each of these cities is 50 and 60, respectively.

The case fatality risk (CFR) among hospitalized patients for most of the affected cities is 20%. However, the CFR was inflated to 50% for Caracas to reflect the degradation of the healthcare and public health systems.

Following the 2 initial attacks, 300 of the largest cities in the world were stochastically seeded with infectious cases over time to represent disease spread through international travel. The rate at which new cities were added to the model grows exponentially, much like the growth of the epidemic itself. The number of imported cases ranged from 1 to 7 for each city.

In order to capture greater geographic fidelity, a separate model pipeline was created for the United States, using the same model structure described above. The towns of Bethesda, Maryland, and Berkshire, Massachusetts, were seeded in  accordance with the exercise storyline. In addition, 300 of the largest cities and towns in the United States were seeded randomly. As with the global model, the rate at which new cities were added to the model grows exponentially. (source)

The players debated these policies:

Well, basically, as we learned when 2 cases of Ebola effectively shut down a hospital in Texas, we are not ready for a deadly pandemic. Hospitals would collapse under the pressure of such a deadly disease, and effective vaccines simply can’t be created quickly enough to quell the death toll.

20 months after the start of the outbreak, there were 150 million dead around the globe, and 15 to 20 million deaths in the US alone. With no vaccine for the illness yet ready, that death toll would have been expected to climb.

They offered the following recommendations to prevent such a death toll:

Although the exercise demonstrated how 150 million people could succumb to the illness, the  conclusion, according to Toner, is that “a disease like this could kill 900 million people or more than 10% of the world’s population.”

One thing is certain. The medical system is NOT prepared for something like Clade X.

From a prepper’s perspective

With a virulent illness like Clade X, the number one way to prevent infection is social distancing. As I wrote during the Ebola scare, the safest choice is to go into lockdown with your family for as long as the threat looms.

Pandemic preparedness is lacking in most of our preps but as the threat of bioterrorism increases, the need to get prepared for this becomes more urgent. Here’s a brief article on the topic and here’s the best book I’ve seen for dealing with myriad terrifying possibilities.