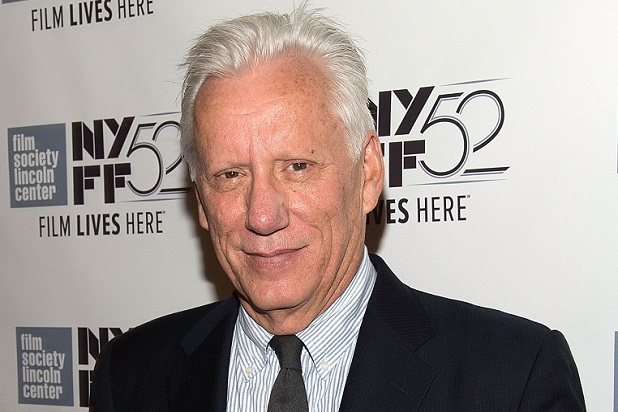 Like him or not, actor and outspoken conservative James Woods always has interesting things to say on Twitter.

Tuesday, he Tweeted the following:

There is a war on boys in America: chemical “castration” (ritalin), the mythology of #ADD, the scourge of pedophilia (#NAMBLA), the feminist jihad against virtually all normal male behavior in pre-teens and teens, etc. It is open war on boys and the prognosis is devastating.

I was put on Ritalin back in my middle school days.

It killed my happiness and made me feel like a zombie. I hated it. I think that was the closest I'd ever been to knowing what depression feels like.

I suggest to any parent:

Libs are afraid of real men because they stick up for what they believe in and can’t be brainwashed. Real men aren’t afraid to fight for their freedom or protect their homes. Liberals, on the other hand…

Me too. I realized there was a war on boys/men. Schools prefer drugged children, no one asks questions or has any energy. Ritalin is prescribed like candy. I was given prescriptions while my son sat and drew pictures. No exam, just teachers forms that contradicted mine.

My Uncle fought the battle against Ritalin in front of congress for 20 yrs but, lost to big pharm, teachers unions and pervert psychologists. Another way the left keeps us weak. The effect of ADD drugs are increasingly apparent today. Mental castration by the socialist klaus’

Began teaching in ‘89. Still teaching! I have wondered for year, saying many times, “WHAT in the hell is happening to our boys?”

There are some people that actually do need the drugs but it a very small percentage of the population. Sadly the dr pushed it on every kid with parents who didnt want to deal with there kids. My dr literally told me that she put her 4 year old on it because she was overly hyper

My experience has been the school pushing it. Constant meetings at school about the child and the parent gives in because they cannot continue to miss work for these meetings. I had numerous friends with that same scenario. Schools insisting the child has ADD., parent at wits end

Exactly, the entire system needs to be overhauled. Schools need to teach students to reason and learn, not just memorize and pass standardized tests, which have ruined the education system. Teachers can no longer teach, they have to work toward passing these tests.

Exactly. The system is broken and needs a complete overhaul.

This is 100% true! I see it everyday. The difference in masculinity now vs 30 years ago is shocking. It has become bad to be a guy who is cool and worksout. Let alone hunting, fishing, and other outdoor activities. Now its skinny jeans and iphones.

An author who writes about this says, A culture that destroys its men, destroys itself." We are well on our way.

Sometimes the meds are a miracle for both boys and girls, but they are overused- like any other psychotropic med. Men and boys have become lost over the past few decades. Conflicting messages from every direction about how to act and think. Add hormones, and stand back.

Yes it is! I took Thorazine and Ritalin from the age of 3-16, prescribed by military drs cause I was too “hyper” and my mom couldn’t keep up with me while taking care of my new born brother. I’m 46 now and it still afffects me to this day as it changed the chemistry of my brain.

Thankyou James, thats it exactly. Ive been saying this for years but people think Im crazy. Its Normal for boys to not sit still and pay attention for 7 hours a day in a classroom setting. Its goes against human nature.

You are so right. The pharmaceutical industry is reaping billions of dollars at the expense of our health.

Yes yes and yes! So true and so tragic. And just when you think you've found a place that embraces all things boy, it is destroyed by political agendas (sports and boy scouts to name a few).

Good for you!! It is worth the sacrifice!!

The grooming of children for pedophiles is a war that the media doesn't want the world to know about. The pedosexual movement is slowly being forced into society. Follow Navy Seal @CraigRSawyer & https://t.co/wZvguGkKsu expose this evil in our society. #V4CR pic.twitter.com/iCmZxmp1Zf

And watch their diet. Common sense.

Agreed! Let boys be boys and men be real men, as long as they are respectful and kind. I don’t get the whole beta male attraction at all…

Teach them to give more than they take, extend kindness where none is present and teach them to Give Back EARLY in Life

You are spot on! I am doing the best I can to make sure that my sons escape this war unscathed and become real men.

Agreed. As a grandmother of two grandsons it seems insane to be fighting for their right to be the gender they were created to be at conception. Men and boys are wonderful. We need to cherish them as much as we cherish women and girls.

What are YOUR thoughts on this?

H/T to The Burning Platform