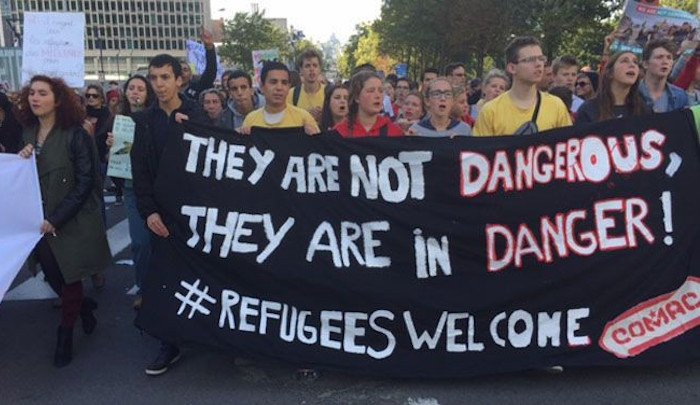 Longtime readers of the Geller Report know what is happening in Sweden. Sweden faces either civil war or surrender en masse. The fact that this savage was not deported looks as if Sweden is, at least right now, opting for surrender. The massive number of Muslim migrants they have admitted means that brutal rapes such as this one will become more and more commonplace. How long are Swedes going to take it?

A 28-year-old African national has sexually assaulted a woman and two 13-year old girls just three days after being released from prison, despite being repeatedly convicted of brutal rape including a sexual assault against a 92-year old woman in her Töreboda home on Christmas Eve. But the 28-year-old cannot be expelled from Sweden under current legislation – because he has received a Swedish passport.

Max Rödén, born Eliud Njugina, came to Sweden from Kenya in 1998 and quickly began his career as a sex offender. Already at the age of 15, he was sentenced for the first time for a cruel assault attempt against a woman in her own home.

By the age of 23, he became known as Sweden’s youngest serial rapist after being convicted for serious rape, attempted rape and physical assault. In June 2014, he was sentenced to six years in prison by the Court of Appeal for the two attacks, one on December 24, 2013 in Töreboda and another in Gävle on November 23. The Töreboda victim was a 92-year-old woman from Skaraborg.

The horrific attack against the 92-year old grandmother, who had just come home from Christmas celebrations with her children and the grandchildren, began when the 23-year-old African man forcefully entered her home after pretending to sell flowers. Once inside, he threw down the 92-year-old on the floor, grabbed her and declared that he would kill her if she made a noise.

The 92-year-old attempted to escape by trying to hit the African in his face, but he managed to tear off her clothes and pushed her into the shower. However, the attempted attack quickly ended when the woman managed to lock in the toilet and persuaded the man to leave the residence.

But just an hour later, the 23-year-old returned to the home again – and then her resistance was useless. The African brutally attacked and beat the elderly woman before dragging her to the bedroom, where he violently raped her anally and vaginally.

The rape attack was only interrupted when the phone rang. The perpetrator then asked if the 92-year-old called the police and threatened her as to what would happen if she did.

“Then you know I’ll come with the knife tomorrow,” he said.

The rape was discovered only in the evening when the woman’s children came to pick her up for the midnight fair. The police managed to catch the African after a few hours.

Max Rödén was also convicted of robbery and rape after he attacked another woman outdoors in the Bomhus district of Gävle. When the woman returned home after the first rape attack, the African man followed her and broke into her home to rape her again.

After his conditional release, Max Rödén was registered in Frösön outside Östersund. According to the new judgment in the Östersund District Court, he committed his new sex crimes on May 28 this year – just three days after he was released.

On Fjällgatan in Frösön, he violently cornered a young woman in a wheelchair outside the Swedish church’s premises. He aggressively pushed the front of the woman and prevented her from getting away from him. He then forced her to touch his sexual area and sexually assaulted her breasts.

On the same day, he taunted and stalked two 13-year old girls before revealing his genitals up close to the underage girls at Gustav III’s square in Östersund.

This time, Max Rödén will be released after serving just three months in prison, for sexual assault and sexual abuse….