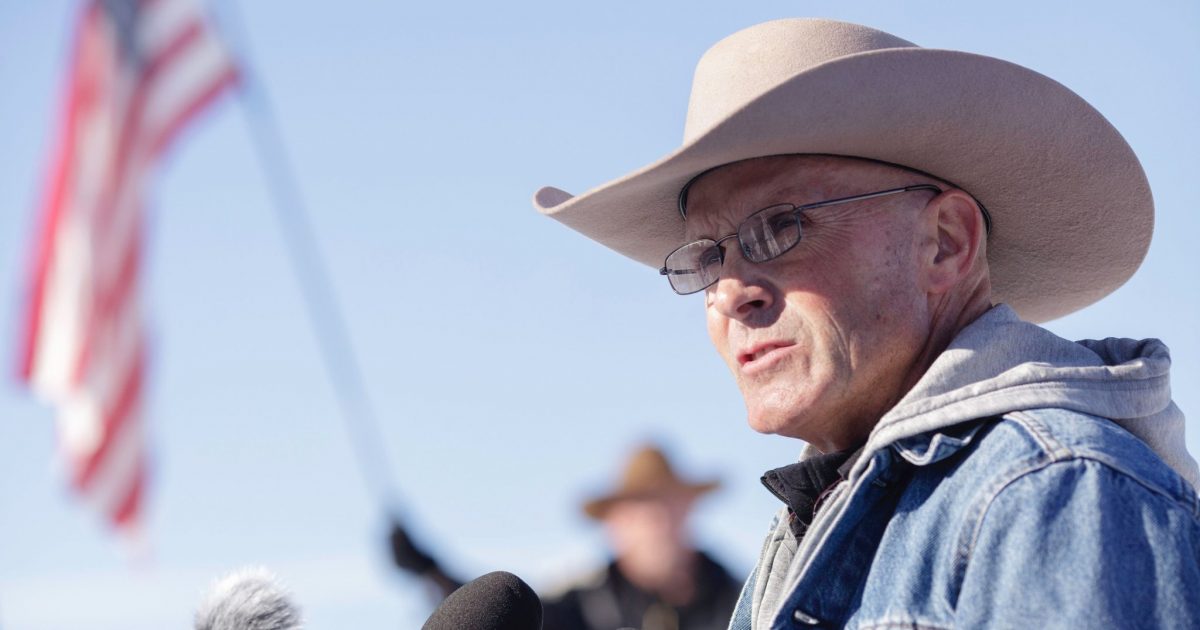 OK, let me be clear from the outset.  I have never, ever encouraged violence against another person.  I have encouraged justice when people are found guilty.  With that in mine, the latest news out of Oregon in the trial of FBI Special Agent W. Joseph Astarita, concerns the fact that “Officer 1,” the unnamed Oregon State Police officer that shot LaVoy Finicum in the back on January 26, 2016, was named in court.

As we close the week, the latest bombshell to come out of Oregon in the case against Special Agent Astarita is the name of Officer #1.

As SWAT officer Bob Olson took the stand, he named the officer who fired the fatal shots into Finicum;

That information made its way onto social media, as it should have via BJ Soper and Ammon Bundy, who has been calling for the jury in the Bundy case to consider whether they would have convicted some of the defendants if the prosecution had not violated the defendants’ rights and the law.

That information made its way onto social media, as it should have via BJ Soper and Ammon Bundy, who has been calling for the jury in the Bundy case to consider whether they would have convicted some of the defendants if the prosecution had not violated the defendants’ rights and the law.

The name of the officer?  Casey Codding.

Now, has anyone called for this officer to be targeted for “social justice”?  Nope, not one person.

However, we know from BJ Soper:

This man has killed 3 people…” in the line of duty”

He’s been promoted to captain for his “sacrifice”

He fired “justified” rounds into a moving vehicle.

He fired 2 rounds into the back of a man with his hands up.

He is the man that murdered Lavoy Finicum…

These same lies were told to people like this man, Casey Codding. Casey may be a skilled murderer that will not think for him self. He may enjoy killing the American people for his own gain, but is he really the most culpable one? Don’t get me wrong this man is a killer. He has killed several people and has climbed the ranks because of it. I thought his job was to protect and serve not kill. It seems to me the only ones they protect and service are themselves. He is guilty of murder but let us not forget who amped him up, who lied to him, who manipulated him to believe that ranchers and family men are the greatest enemy to his country.

I pray for him and hope he can see what he is doing. He is a brainwashed man who has been fed lies his entire adult life about what it really is to defend freedom. He doesn’t even know what freedom looks like. I pray for those who enter the police forces today; they are in a very precarious situation and they do not even know it. Those that are destroying the freedoms of this people have gotten control of the police forces and are using them to further there power and influence. These wicked men and women who have plotted, conspired and acted to overthrow this great people could not do what they are doing with out men like Casey Codding; the man who killed Lavoy Finicum and who killed two others including a teenager.

However, let us not forget Greg Bretzing head of the FBI, Governor Brown, and many, many more that would not listen to the cries of the people but instead supplied their hired killers with ammunition and then lied to them about the great threat these same people where.

You see, the media is actually working to protect the real criminals in all of this.  They aren’t concerned that an innocent man was shot in the back and killed by an officer that they wish was unnamed.  No, they are more concerned that that innocent man be branded a criminal and the officer be branded a hero all to save face in the light of a tyrannical government that has engaged for decades in unconstitutional land grabs and violation of the rights of the people they are supposed to serve.

However, the MSM, specifically the Oregonian, have also reported on this issue, though they seemed to have found another way to spin the story. They could have just reported on the slip up in court, but they chose to turn this against anyone that posted about the released name. This certainly gives them the chance for more headlines. The story says:

They go on to suggest that these posts have caused security concerns within the courthouse:

Though they did not name the officer involved in the shooting, they were very clear in making sure that everyone knew how to find the name of the officer.

This all suggests that the MSM not only likes the controversy, and perpetuates the controversy, but might even be encouraging violence, just to get a headline. What other reason would they have to print a provocative article of over 1000 words like this one?

I would never want the man hurt. Yet, I also do not want the people who used his name hurt either. The actions of the Left are exactly as they are accusing others. They are suggesting that anyone naming this officer is threatening.

So, is their article, in which they will tell you how to find the name of Officer #1, as well as naming the people they feel are threatening him, considered threatening as well? Did they go too far just for a story? Or is this just another case of accepted Media Bias?

Ain’t it the truth?  Dovale is correct in her assessment.  The Oregonian is doing nothing more than the Southern Poverty Law Center did when they mapped out those who speak out against the sodomite community and lovingly call them to repentance, while that very mapping encouraged and provided the information a gunman needed to go to a pro-life organization and seek to commit mass murder.

But the SPLC tried to wash its hands of any guilt, just like I’m sure the Oregonian will attempt to do.

Let it be known, the reason for naming the officer is for transparency.  After all, once this trial is over, don’t think for a minute he won’t be held to account for his actions, possibly in the wrongful death lawsuit brought by Finicum’s widow.

HILARIOUS: Even DEMS Are Sick Of The ‘Love Gov’ … Ready To Mutiny
Clash Daily

***draft / PREPARE! They Are NOW Warning A “VARIANT” Worse Than Delta Or Lambda IS COMING!
AFF

No Matter What Government Or Big Business Says, Freedom Isn’t Determined By Which Big Pharma Chemicals Are In Your Body
August 5th, 2021 Sons of Liberty Media

And So It Begins – 1000s Of Cattle Are Literally Dropping Dead From Starvation In Northern Mexico
August 5th, 2021 DC Dirty Laundry