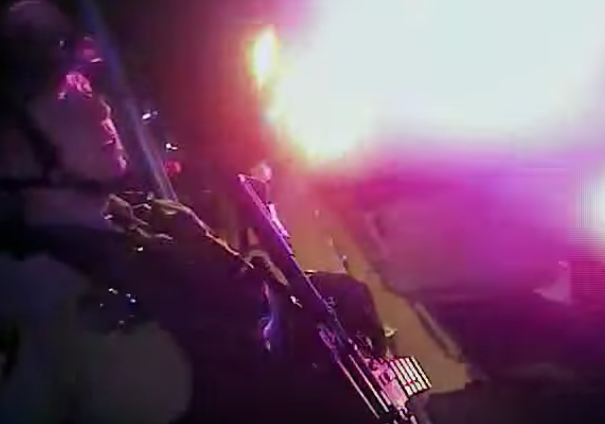 A Las Vegas Metro Police officer who was on duty the night of 1 October told a venue security guard after the attack that a security officer had been shot and killed inside the Mandalay Bay and that there was another shooting up the strip.

In the bombshell video footage, the officer can be heard saying: “[…] but now he [the shooter] killed a security officer in the hallway on the 32nd-floor of the Mandalay Bay and I think the last we heard there’s another shooting at New York New York, so he’s still mobile I guess.”

The officer’s mention of how the shooter was “still mobile” at the time also suggests that either the shooter made it from Mandalay Bay to New York New York or that there was more than one shooter involved in the attack.

You can read over 250 reports on the 1 October shooting here.