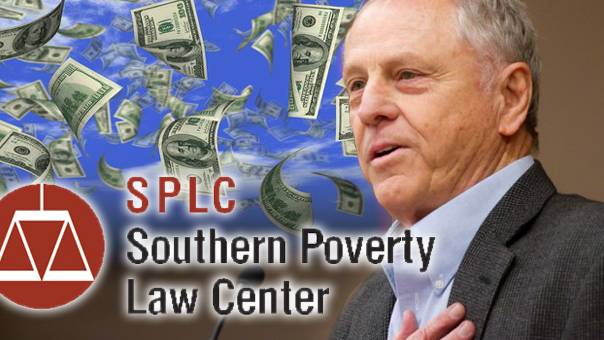 The Southern Poverty Law Center (SPLC) is ostensibly a civil rights non-profit but, in fact, is a left-wing hater of Christians and conservatives. See:

We know this from a recently-uncovered court document from the divorce proceedings of Dees and his ex-wife, Maureene, which was obtained by Big League Politics.

In two reports for Big League Politics (here and here), Peter D’Abrosca writes that Maureene Dees filed for divorce on March 8, 1979 after a decade-long marriage marred by difficulties. According to the appellant brief filed by her attorneys (Maury Smith, Julia S. Waters and Charles M. Crook) in the Alabama Court of Civil Appeals:

(1) While still married to Maureene, Morris had an adulterous “permanent relationship” with a woman named Vicki Booker McGaha. Morris paid for Vicki’s abortion of their 5-months-old child.

In March 1979, Maureene finally left Morris for good. She had leverage to obtain a favorable divorce settlement because of Morris’ open adultery. By that time, Maureene herself had acquired a lover named Brian O’Daugherty.

One night, Morris set a trap for Maureen. He and a private detective hid in the bathroom of Maureen’s D.C. hotel room, jumped out and took photographs of Maureen and O’Daugherty in bed to use against her in divorce court.

According to the court brief, Morris said: “Alright sister, you wanted a divorce. Now I want one, because I’ve got you where I want you.” Then he hit Maureene and gave her a busted jaw. He wrote something on paper which he gave her to sign. This document, entered unto evidence as Plaintiff’s Exhibit 43, was a separation agreement.

According to court testimony, among other perverted sexual behavior, Morris Dees attempted to molest his 18-year-old step-daughter with a sex toy. Holly Buck was Maureene Dees’ daughter from a previous marriage.

“Holly testified that, in the summer of 1977, Morris attempted to molest her in the following incident: One night Maureene and Morris were sitting drinking wine and discussing a case Morris was trying. [Holly] was with them. Around eleven or twelve o’clock, Maureene went to bed and Holly stayed up with Morris discussing the case. Morris kept offering Holly wine, some of which she accepted.”

Holly testified that she declined, choosing to go to bed instead. The brief continues:

“She went to her room and then went into the bathroom. Looking out the window, she saw Morris in the bushes beside the bathroom window looking in. She said ‘Morris, is that you’, but he said nothing and ran away.”

“[M]orris entered [Holly’s] room…. He was in his [bikini] underwear and he sat on the bed where Holly was lying on her stomach facing away from the door. He touched her on the back and woke her up. He told her that he had brough [sic] her a present, and he presented her with a vibrator. He plugged it in and said he had brought it to her. He proceeded to rub it on her back and said ‘Let me show you how to use it.’ [H]e started to place it between her legs when she raised her voice and said no loudly.