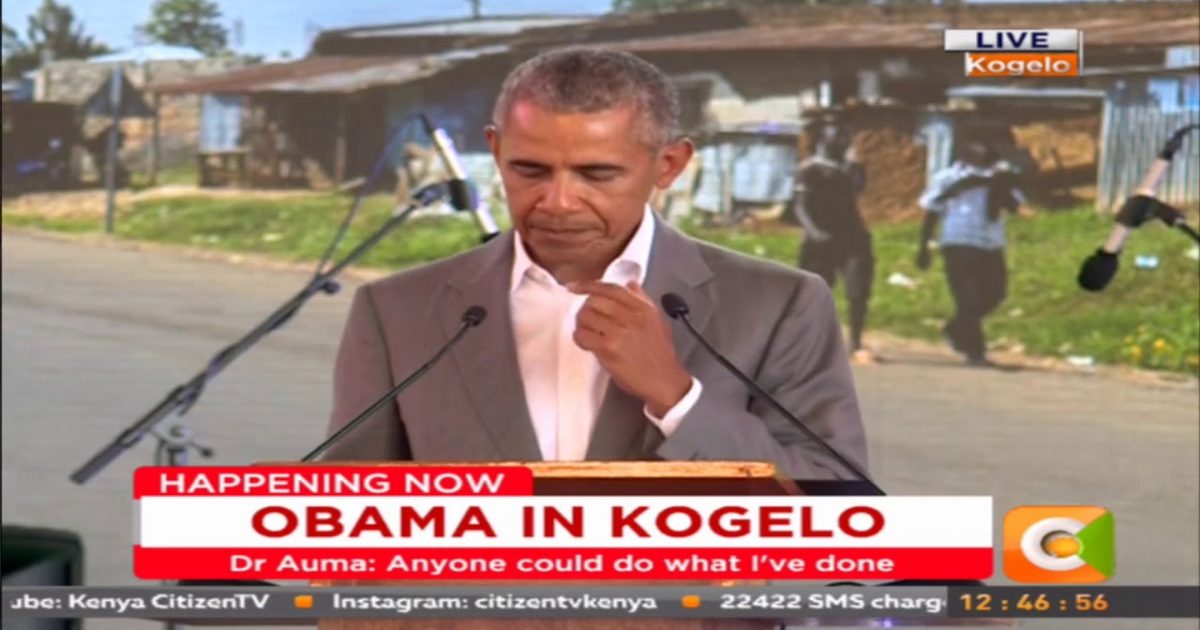 “Three years ago, I visited Kenya as The first sitting president to come from Kenya.” -Barack Hussein Obama

While many Americans are still waiting on indictments and prosecution of the Clintons, and rightfully so, don’t forget about the crimes of Barack Hussein Obama who has yet to be lawfully dealt with as well.

This criminal not only was given a free hand by the American people to transgress the United States Constitution 1,180 times, but he had the audacity to play it down by lying (John 8:44) over and over again that he was not a foreign-born citizen.

As a matter of fact anyone who dared point out that he was a foreigner (I was one of them) and ineligible for the presidency of the United States (Article 2, Clause 5) was called by the CIA-controlled media, today’s conservatives (yesterday’s lawless liberals) and the professed Christians, a conspiracy theorist or a “birther.” Names, of course, were used to demean and discredit anyone and everyone that dared call out the obvious when it came to Barack Hussein Obama because they were unwilling to deal with him themselves.

I guess that when the foreign criminal served 143 days in the Illinois Senate, and mysteriously becomes the United States President, then takes a break after his “57 state U.S. Tour”, you would think that was enough to tell on himself, and the American people would then lawfully respond.

Instead of putting a stop to his campaign run, the American people simply laughed it off so they themselves did not have to lift a finger to put a stop to this criminal (Jeremiah 5:19).

Even when his wife (?) blurted out the truth in her confusion, that was not good enough for Americans.  They still ignored his ineligibility.

Think of this, even with all of the information concerning Barack’s falsified birth certificate, his falsified social security numbers, and his falsified college records all filed way, literally every conservative radio talking head or otherwise avoided to confront and address the issue concerning this criminal’s eligibility.  They literally stayed as far away from the topic as they possibly could. Cowards!

Even when Sheriff Joe Arpaio’s team clearly exposed the fraudulent document for what it was, and is, the conservatives were found to be derelict of duty when it came to taking a stand against the crimes of Barrack Hussein Obama’s criminal administration, even while all the well knowing that Barack’s effeminate and criminal czars were entertaining America’s sworn enemies within the people’s White House (Jeremiah 5:31).

And of course, now that Barack Hussein Obama finally admits to the truth that he is foreign-born, you can rest assured that today’s conservatives will remain silent, hoping that you just forget that they are just as treasonous to you and your country as Barack Hussein Obama (Luke 22:48).