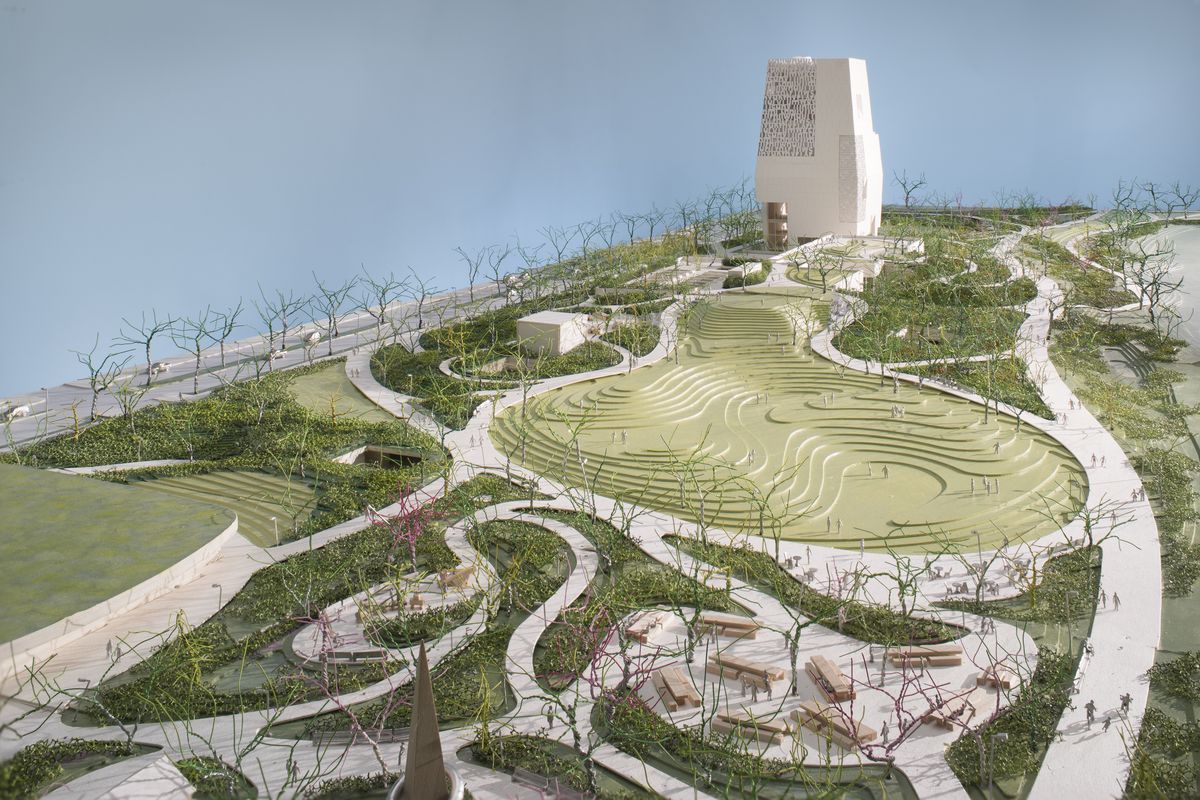 An organization called “Protect Our Parks” is desperately trying to stop the construction of the Obama Presidential Center in Chicago.

They claim that an unlawful “bait and switch” was pulled when the project went from being a Presidential Library to the Obama Presidential Center.

They are also citing that park land can not legally be transferred to a non-government entity.

The lawsuit was filed in May.

The Los Angeles Sentinel reported at that time:

The lawsuit was filed on Monday, May 14 by “Protect Our Parks,” a nonprofit organization that seeks a court order to “bar the Park District and the City from approving the building of the Presidential Center and from conveying any interest in or control of the Jackson Park site to the Foundation.”

In its complaint, Protect Our Parks accuses the Chicago Park District of an “institutional bait and switch.” The organization said the park district transferred public land to the Obama Foundation to house an official federal Obama Federal Library. But that purpose changed when Obama decided his center will not be his official library. Instead, the federal National Records and Archives Administration will run it in another location. In the lawsuit, Protect Our Parks called Chicago’s plan to lease public park space an “illegal land grab.”

The organization also said the transfer of park land to a non-governmental private entity violates the park district code. In addition, Protect Our Parks said the park district and the city will receive only token rent for the land and the Park District Act law “does not authorize the Park District itself to transfer valuable public trust land for virtually no compensatory return.”

This is an ongoing controversy, especially in the city of Chicago. The Chicago Tribune reported yesterday:

Adelman, along with her fellow advocates Maria Valencia, Jeremiah Jurevis and the advocacy group Protect Our Parks, have filed suit against the presidential center. They contend that the city and Park District do not have the authority to make public parkland available for the project. Jackson Park, they say, must remain untouched.

“I’ve devoted years of my life to the environment. It’s very important to me, it’s not just an interest, but the motivation of my life,” she said. “Chicago, when it was established, had so much open prairie land. Much of that is gone. Our founders … they carved out space. I assume they thought there would be buildings, but I doubt they ever thought the city of Chicago would cover everything with buildings for miles.

“Our parks are the last remnants of open space.”

What about the trees?

Where will these people go when they need a hug? 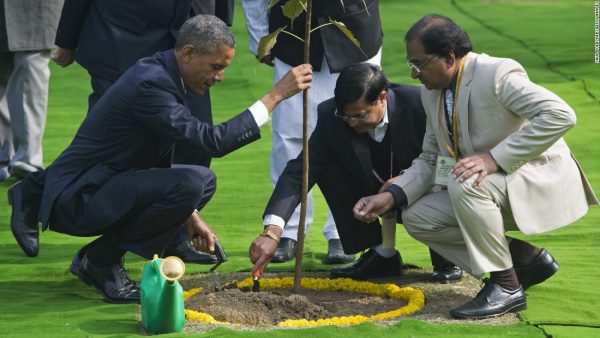 It’s gonna take more than that Mr. Obama. You’d better get some work clothes on and start digging. You know, cause global warming and such…

Other than the sheer entertainment value of liberals eating their own, why should we care about a Presidential Center being built in Chicago or about those trying to stop it?

As I reported in July, $139 Million of YOUR tax dollars will be spent to fund a Presidential Center that was supposed to be a Presidential Library. We will anxiously await the bill for the library to come later.

I did say YOUR tax dollars.

It matters not where you live.

Allow me to explain.

The Chicago City Council voted 47-1, back in May, to spend YOUR money on this Presidential Center.

That’s right. At least 80% of the funding, or roughly $139 million, is expected to be reimbursed by the federal government.

So unless you don’t pay taxes, you are involuntarily donating to this project.

I think I just thought of another reason to not pay taxes. My list is growing longer by the day.

Now, if I can just find a method to match my motivation.

I never thought I would say this but…