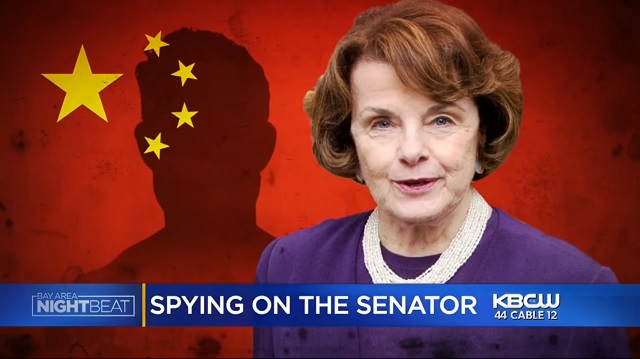 President Donald Trump on Friday asked whether Senator Dianne Feinstein will “investigate herself” considering she had a Chinese spy working close by her side for nearly 20 years.

…Dianne is the person leading our Nation on “Collusion” with Russia (only done by Dems). Will she now investigate herself? https://t.co/OG6l04bBwg

New details emerged Wednesday about how a mole for the government of communist China managed to stay by Senator Dianne Feinstein’s side for nearly 20 years.

It happened five years ago, but additional information is just surfacing about how the Bay Area senator’s office was infiltrated by a Chinese spy.

…all eyes are on Chinese intelligence in the Bay Area after the website Politico reported last week that a staffer for Senator Feinstein turned out to be a Chinese spy who reported back to the government officials about local politics.

On Wednesday, the San Francisco Chronicle uncovered additional details in a column written by reporters Phil Matier and Andy Ross.

The column revealed that the Chinese spy was Feinstein’s driver who also served as a gofer in her Bay Area office and was a liaison to the Asian-American community.

He even attended Chinese consulate functions for the senator.

It’s hilarious how people like Feinstein act like ultra-nationalists when it comes to Russian spying but then turn around and advocate for open borders and say some random schmo who wins the Visa Lottery is just as American as anyone else.