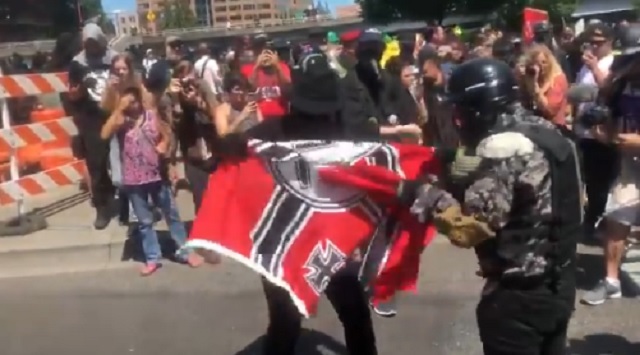 Antifa goons brought their own Nazi flag to the pro-America Patriot Prayer march in Portland in order to burn it and claim they’re marching against “Nazis.”

Freelance journalist Mike Bivins caught the scene on camera and reported the masked antifa goons refused to tell him where they got the flag from:

No idea where this Nazi flag came from and I couldn’t get a straight answer. You ever try to burn a flag? Not easy! #DefendPDX #AlloutPDX pic.twitter.com/uFfDY4j3TQ

There is no way in hell any Patriot Prayer marchers brought a Nazi flag to their march as they’re a patriotic, pro-America, pro-Trump, pro-Christian group.